Expired News - Canadian inventor solves BBQ brush nightmare, see how - The Weather Network
We use cookies on this site to improve your experience as explained in our Cookie Policy. You can reject cookies by changing your browser settings.   READ MORE I ACCEPT

Saturday, May 5, 2018, 5:45 PM - When it comes to traditional wire-bristle barbecue brushes, Newfoundlander Jason Janes says throw them out.

Since 2004, Health Canada has received 40 reports related to grill cleaning brushes, according to a risk report that was released last year. In 28 of the 40 reported cases, the person suffered injury.

That was enough for Janes to start looking for a safer alternative.

"I do a lot of barbecuing and luckily I wasn't using a wire barbecue brush," Janes told The Weather Network. "I always used these cedar shakes, these little pieces of wood and they were a bit of a nuisance because they would always wear out."

After visiting multiple stores and doing some extensive research online, the entrepreneur couldn't find anything that was safe and durable.

That's when he decided to call up his father and ask for a piece of juniper.

Juniper has a long history in Newfoundland. The hardy material was once used for railway ties. It was in May 2017 when Janes carved his first prototype.

Toss your dangerous bristle brush and use a safe natural alternative like our Juniper BBQ Scraper. . Available at a local retailers or order online for fast home delivery. See link in bio. . 🚫...

Spring Is Here! Find out what the season has in store for you in our Spring Forecast, here

"If you threw a piece of juniper and a piece of cedar into a fire, the cedar would burn twice as quick," said Janes. "Entrepreneurship is not something new to me. I've been an entrepreneur my whole life, so I did have the sense that this could be something."

Janes shared a photo of his scraper online, and then went on vacation.

"I hopped on a plane and left not thinking anything of it and when I got back, I literally had orders for hundreds of units."

He sold 5,000 units in the first six months. The Juniper BBQ Scraper is now in 60 retail outlets across the province, including Colemans and Shears Building Supplies. Janes also has customers online from the U.S., Caribbean and the U.K.

And despite the cold weather, business is booming.

What makes this barbecue scraper stand out from others? Each unit is handcrafted.

"We get harvesters to cut logs and then those go to the sawmill," Janes explained. "The sawmill cuts it for us and kiln dries the lumber. That lumber gets returned to us and then we shape it."

While Janes has received requests to create other types of product, he says he wants to take this year to focus on expanding his share in the barbecue scraper market.

"We're putting all of our revenue back into marketing. Everything 100 per cent. I do not take a paycheque for myself, everything goes back into this company," said the Newfoundlander. "So, we're going to grow this year and see where it takes us. There are approximately 200 million barbecues in North America. We don't need to supply a barbecue scraper to every single one of them, but we would love to supply 50 to 60,000 of them this year. That would be amazing."

Where does Janes see the business in three to five years?

"Barbecuing is very niche. People like certain things at certain times and there is a lot of innovative ideas that we can generate for the barbecue industry using some of the uniqueness that comes out of Newfoundland." 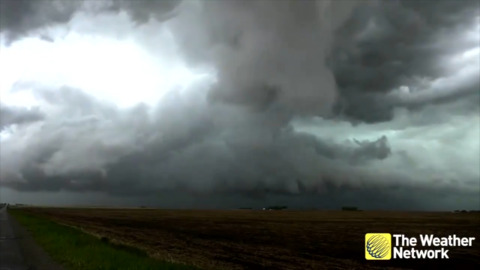