Expired News - New deal protects swath of central B.C. coast from logging - The Weather Network
We use cookies on this site to improve your experience as explained in our Cookie Policy. You can reject cookies by changing your browser settings.   READ MORE I ACCEPT

News
Editor's Choice
Car rust is as bad as you think, but here's what you can do
British Columbia, First Nations and forest companies announced a landmark agreement that will prohibit industrial logging across 85 per cent of forest within B.C. Great Bear Rainforest.

Tuesday, February 2, 2016, 10:00 AM - On Monday, British Columbia, First Nations and forest companies announced a landmark agreement that will prohibit industrial logging across 85 per cent of forest within B.C.'s Great Bear Rainforest.

Going forward, logging will only be allowed on 550,000 hectares of the 3.65 million hectares of land on the Central and North coasts.

The annual rate of cut has been set at 2.5 million cubic metres, while the protected land is roughly the size of the province of Nova Scotia.

All parties have committed to annual monitoring reports as well as five and 10-year agreement reviews. The deal will reduce logging in the Great Bear Rainforest by 40 per cent and keep millions of tonnes of carbon out of the atmosphere by keeping it locked up in untouched, old-growth forests.

Commercial trophy hunting of grizzly bears by guide outfitters will also come to an end under the agreement. Trophy hunting by B.C. residents will still be permitted.

ForestEthics Solutions, Greenpeace, and Sierra Club BC participated on behalf of the environmental sector.

In an interview with Postmedia News, Valerie Langer, B.C. campaigner for ForestEthics Solutions, called the agreement “one of the strongest forest management plans on this scale on Earth,” saying it sets a “new legal, scientific and moral standard for maintaining forest health.”

Still, some critics say more needs to be done.

According to Postmedia, 88 scientists from around the world lost a bid to have Gribbell Island, a 20,000-hectare expanse of land, included in the protected area. The island serves as a habitat for spirit bears, a white sub-species of the American black bear. 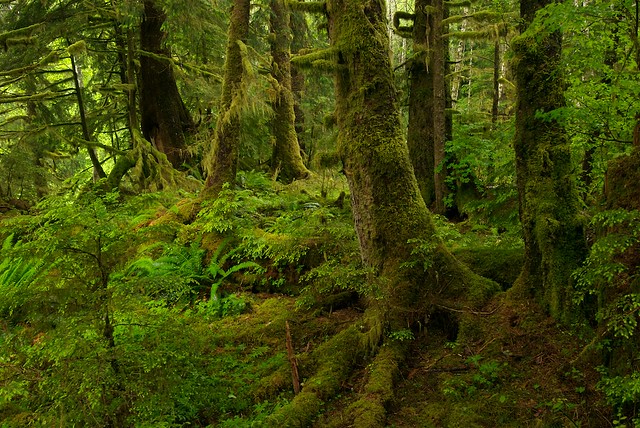 WWF-Canada also came out in favour of the deal, saying Tuesday the new plan shows First Nations, industry and government players can cooperate in long term planning to preserve the region, and the security of its people and species.

But the organization says it's time to go one step further: From the forest, to the sea.

To that end, WWF-Canada wants the Marine Planning Partnership (MaPP), an agreement signed between First Nations and the B.C. government in April 2015, to be implemented.

That initiative, a template for plans to protect more than 100,000 square kilometres of B.C. coast, includes four regional sub-plans for Haida Gwaii, north Vancouver Island, and the North and Central coasts.

However, WWF-Canada says federal authorities responsible for ocean sectors such as shipping and commercial fishing aren't included in the plan. The organization says MaPP could help Ottawa reach its marine and coastal protection goal of 10 per cent by 2020, up from today's 1.3 per cent. WWF-Canada is also encouraged by a Great Bear Sea tanker moratorium implemented in November 2015, though it wants a full ban on tanker traffic on books, to discourage pipeline development.