Expired News - Natural disasters worsen wealth gap and inequality, study - The Weather Network
We use cookies on this site to improve your experience as explained in our Cookie Policy. You can reject cookies by changing your browser settings.   READ MORE I ACCEPT

Friday, August 24, 2018, 2:29 PM - When a storm hits the entire community suffers, but the impact on each individuals' wealth dramatically differs.

Natural disasters not only destroy communities, they can make the rich richer and the poor poorer. More frequent extreme weather events are skyrocketing the amount of federal aid distributed to storm-stricken communities, and a new study shows that it is worsening economic inequality.

If climate change is not controlled natural disasters will continue to reshape economies of entire states or provinces. Extreme weather events in 2017 totalled over $260 billion in the United States and the costs are projected to keep increasing over time due to increased hurricane intensity, extreme rainfall, and flooding. Communities are fairly resilient to the odd storm here and there, and many pride themselves on the ability to join together, rebuild, and move on after one hits. But the increasing frequency of severe natural disasters is taking its toll and widening the wealth gap in the U.S.

Wealth inequality in the U.S. is historically high and rising, and academic research shows that this development is eroding the well-being of the average American. The researchers state that rising wealth inequality is a fundamental social problem because the assets that determine one's wealth, such as a house or car, are closely tied with long-term stability, a family's wellbeing, and the transmission of wealth between family generations. The data finds that less-privileged residents of an area that have been hit with a natural disaster suffer economic, social, and cultural resource loss, whereas more-privileged resident typically recover faster and could even benefit financially. 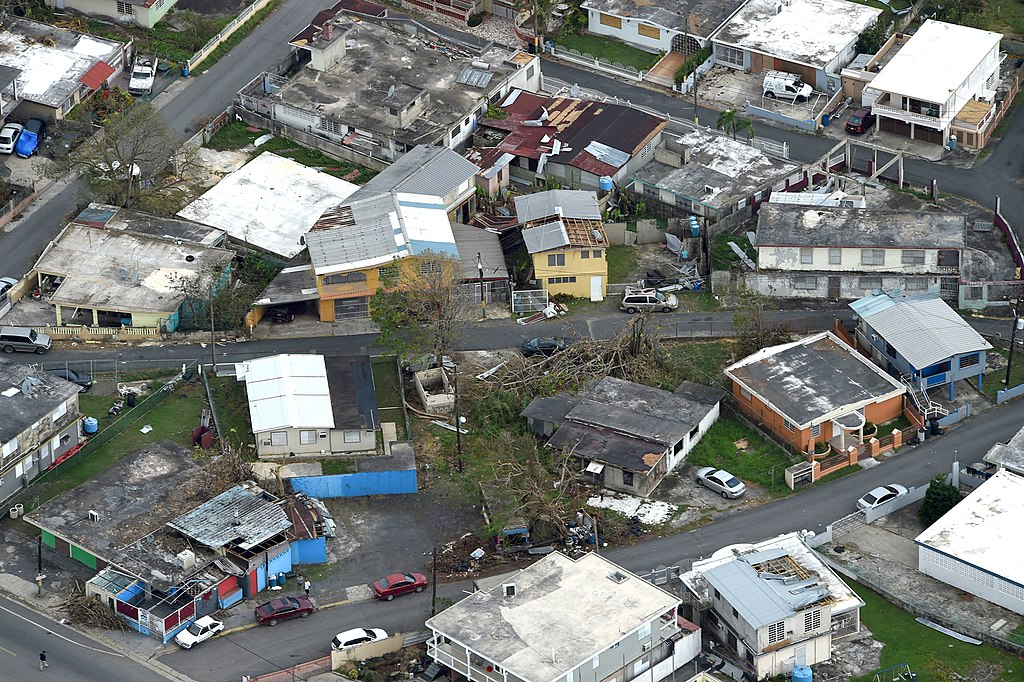 The data analysis showed that people who invest more in home and auto coverage are better positioned to receive larger payouts and grow their wealth when there is an increasing amount of local hazard damages, college-educated individuals that lived in areas with higher levels of damage accumulated more wealth compared to college-educated individuals living in areas with little natural hazard damage, and homeowners’ wealth increase with local hazard damages, whereas renters' lost wealth as damage increased.

How can losing assets during a storm make someone wealthier? The U.S. Federal Emergency Management Agency (FEMA) redistributes taxpayer money to affected communities with the intention of restoring property and wealth, which would support and improve the wellbeing of individuals, families, and communities. The study states that the more wealth one has, the more one benefits from living in a region that is given more federal aid, because it is systematically designed to restore an individual's private property rather than communities, and the study states that this approach is not inherently bad, but incomplete and inequitable.

For example, when a homeowner loses their house as a result of a natural disaster they will receive federal aid in compensation, whereas a individual that is renting a house does not receive comparable compensation because a rental is not considered an asset. The researchers recommend that federal aid should incorporate more relief focused on individual and social wellbeing and a re-evaluation of the funding, since using broadly collected tax and insurance money is inequitable.

The timing of federal response to natural disasters has also faced significant criticism for not responding fast enough. In some instances, slow response times delayed the arrival of critical emergency personnel and relief aid items. Until the mid-1700s political leaders would declare that damages from natural disasters were 'acts of God' and would be outside the realm of government control and responsibility for providing relief. Since this time, governments have expanded to manage natural disasters by creating designated agencies and routine procedures to not only take accountability for the welfare of citizens but to uphold their institutional legitimacy. 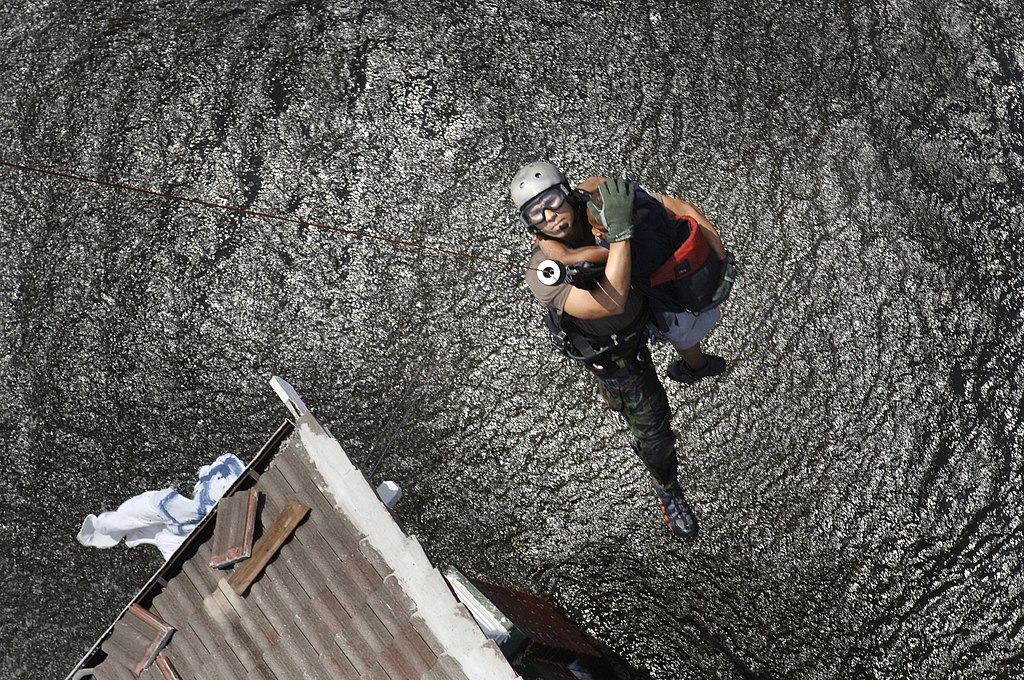 A young boy is rescued from his flooded home in New Orleans during a search-and-rescue operation after Hurricane Katrina, 2005. Credit: Wikimedia Commons

Not only has government relief shown to worsen the wealth gap, one study reported that each additional $100 per capita of FEMA relief increased the average state's corruption by nearly 102 per cent. The possible correlation between federal aid and the notorious political corruption in Gulf Coast states (Alabama, Florida, Louisiana, Mississippi, Texas) that are frequently affected with hurricanes, and federal aid received could be triggered by periodic waves of massive amounts of money presenting new opportunities for fraudulent appropriation and new opportunities for theft of federal monetary resources. After hurricane Katrina in 2005 public corruption became so prevalent that the Federal Bureau of Investigation established a "Public Corruption and Government Fraud hotline" to try to monitor the political corruption related to federal aid relief.

THE HIDDEN SUFFERING AFTER THE STORM

Flooded houses leaving families stranded on roofs, dramatic helicopter rescues of drowning residents - the damage from natural disasters are visible and receive non-stop coverage in the early days. But as weeks go by and viewers move on to the next story, the recovery of many communities goes untold. Often with inadequate relief aid and resources, recovery is a slow and some of the most challenging obstacles are hidden. Communities that have had chronic poverty and poor housing have a harder time to rebuild and have less resources to seek counselling and treatment for mental illness inflicted by the trauma. In 2017 Baton Rouge, Louisiana saw historic flooding and received less than half of the federal aid requested for community recovery. FEMA also rejected a request for longer funding of mental health services and counselling despite the fact that majority of people struck by a natural disaster experience varying levels of emotional distress and suffering, while some develop psychiatric disorders that further hinder recovery.

This study points out that even though an entire community endures the same natural disasters, the wealth of individuals can be disproportionately altered, with some recovering with even more wealth than they originally had. While restoring property and personal wealth is a significant component of community recovery, funding for counselling and support for mental health is inadequate. As natural disasters become more frequent and severe with climate change, agencies that provide federal aid and assistance will need to adapt to these changing and more expensive conditions.

WATCH BELOW: Hawaii homeless not leaving with Hurricane Lane bearing down on the island