Expired News - Mosquito population explodes in Kanata North - The Weather Network
We use cookies on this site to improve your experience as explained in our Cookie Policy. You can reject cookies by changing your browser settings.   READ MORE I ACCEPT

Wednesday, September 5, 2018, 1:21 PM - After an itchy August, some Kanata North residents are questioning whether a pilot project to take care of menacing mosquitoes is actually working.

The project has been running since 2016 with the goal of reducing the population in the ward.

After a relatively scratch-free June and July, August seems to have been particularly good for mosquitoes and bad for people.

"I'm out here quite a lot running and stuff and and the last three, four weeks, they've been back with a vengeance, biting everything that moves," said Sandeep Kulkarni.

He said the pests have also become a nuisance for anyone trying to enjoy summer evenings in their backyards.

"I don't think most people around here would want to sit out unless they have [mosquito repellant] or something like that on," he said.

This season has been the perfect storm for a mosquito explosion.

The late start to spring, a hot, dry June and most of July followed by significant rain created a perfect storm for a mosquito explosion last month, said Mark Ardis with GDG Canada, the company which manages the mosquito control program.

Despite the boom, they're still seeing an 80 per cent reduction in the population, based on traps collected within the ward and outside it.

(RELATED: A new approach to getting rid of mosquitoes)

"But that 20 per cent that's still remaining is a fairly high, noticeable nuisance population because the population is just so high," he said. 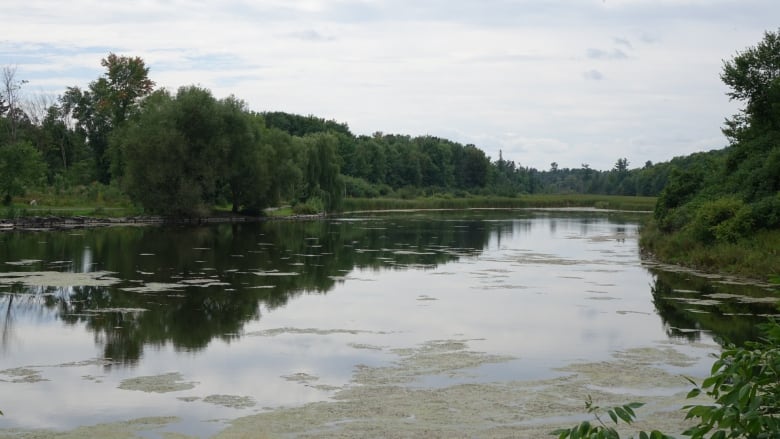 Beaver Pond is one of the areas being sprayed by GDG Canada to try to control the mosquito population in Kanata North. (Kimberley Molina/CBC)

The hot weather hasn't been helping either.

Eggs normally take 10 to 15 days to develop into adults, which was cut in half because of the high temperatures, he said.

That meant Ardis' teams had a relatively short window in which to apply two larvicide treatments before the eggs matured.

Households in Kanata North pay about $20 per year on their municipal taxes to pay for the spraying.

With the election approaching, the mosquitoes could become an election issue.

"I understand it comes up at the door and I've heard that more [people] are saying they want it than not wanting it at this point, but it depends on where you are," said Coun. Marianne Wilkinson, who pushed for the initial pilot project.

Whether the program continues past next year will be up to the person who replaces her, because a decision has to be made by the middle of next year.

As for Kulkari, a scratch-free run isn't necessarily at the top of his election priority list but he wonders if the $20 annual fee is paying off.

"I would like to see a discernible change, obviously, if we're paying for it."

VIDEO: MAN GETS BITTEN BY HUNDREDS OF MOSQUITOES VOLUNTARILY, FOR RESEARCH