Expired News - Here's how mining asteroids could unlock untold wealth - The Weather Network
We use cookies on this site to improve your experience as explained in our Cookie Policy. You can reject cookies by changing your browser settings.   READ MORE I ACCEPT

Thursday, May 3, 2018, 1:28 PM - Several privately funded space companies are locked in a race to claim the trillions of pounds worth of precious metals thought to exist in asteroids. The UK has now entered the race, with the Asteroid Mining Corporation becoming the first of these new firms in the country.

In theory, the business case speaks for itself – the incredible expense of space missions would be more than compensated for. But how do you actually go about mining an asteroid? How do you pick one to mine? These are some of the questions I’ve been pondering while carrying out a feasibility study for the corporation.

Asteroids can be categorized as being made of carbon, silicon or metal. Mining companies are particularly interested in metallic asteroids, but their compositions are still not well understood. Scientific investigations into asteroids - such as NASA’s minor planet survey - have largely focused on discovering potential threats posed to our planet from collisions.

No asteroid has yet been directly sampled. Telescope observations have been carried out along with analyses of meteorites - fragments of asteroids that have fallen to Earth - and the data suggests that a small percentage of asteroids contain high concentrations of valuable metals such as platinum and gold. So before we get swept up in how to spend our trillions, we must first prospect for suitable asteroid mining targets.

More than 750,000 asteroids have been identified to date. The vast majority can be ruled out instantly, as they are found in the main asteroid belt, orbiting between Mars and Jupiter - too far away to be considered as potential mining targets. Instead we should focus on the asteroids near Earth, which narrows the search to around 17,000 targets. To narrow it further requires satellite observations with a telescope and spectrographic instrumentation. 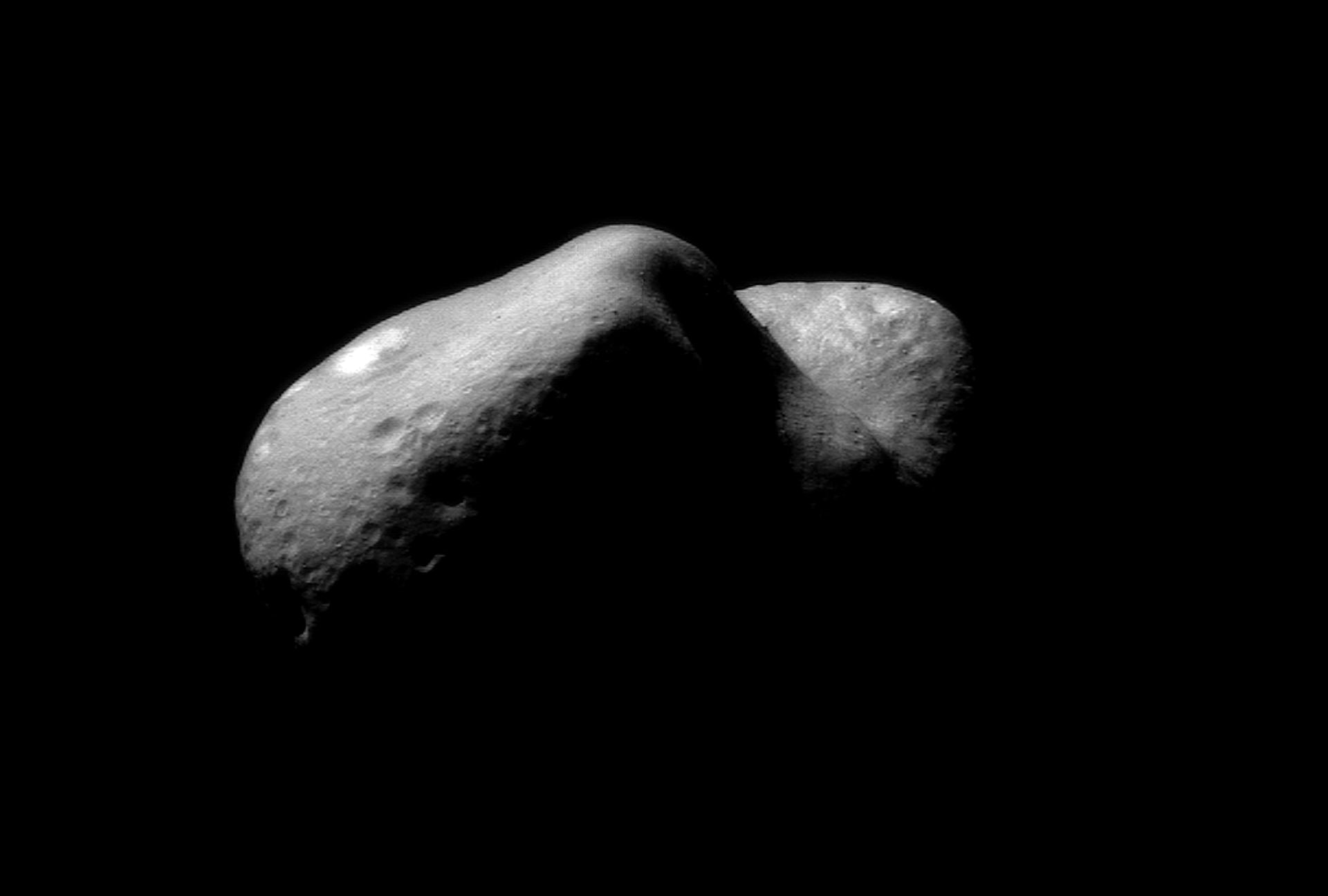 A spectrograph analyses the sunlight reflected from the surface of an asteroid by breaking it down according to wavelength. This enables us to determine the composition of the surface. For instance, if the light from an asteroid appears reddish in colour, this suggests the presence of clusters of iron and nickel on the surface. Platinum is normally found in such clusters on Earth, so we can infer that it might be present in these asteroids. However we are only able to observe how light interacts with the surface of the asteroid – not the layers beneath it. And the surface may have been altered by collisions with other solar system objects or by exposure to radiation.

When choosing an asteroid we must figure out whether it is sufficiently large and whether it has a high enough concentration of valuable and widely used metal. Is it moving too fast? How far out is it orbiting and how long will it take to send a probe?

According to Professor Martin Elvis, an astrophysicist at Harvard University, an asteroid worth mining needs to have a market value of $1 billion. In order to satisfy this requirement, the asteroid must be more than 1km in diameter, contain more than 10 parts per million of platinum and have a velocity relative to the speed of the Earth of less than 4.5 metres per second. There are more than 17,000 near-Earth asteroids, but how many of them fit the bill?

Professor Elvis made a theoretical estimation based on probabilities and assumptions. For instance, of all the meteorites that have fallen to Earth, approximately 4% were metallic. So we can assume that 4% of near-Earth asteroids are also metallic. Taking into account this and other probabilities, we are left with only 10 asteroids that are – theoretically – economically worthwhile and practically feasible to mine. 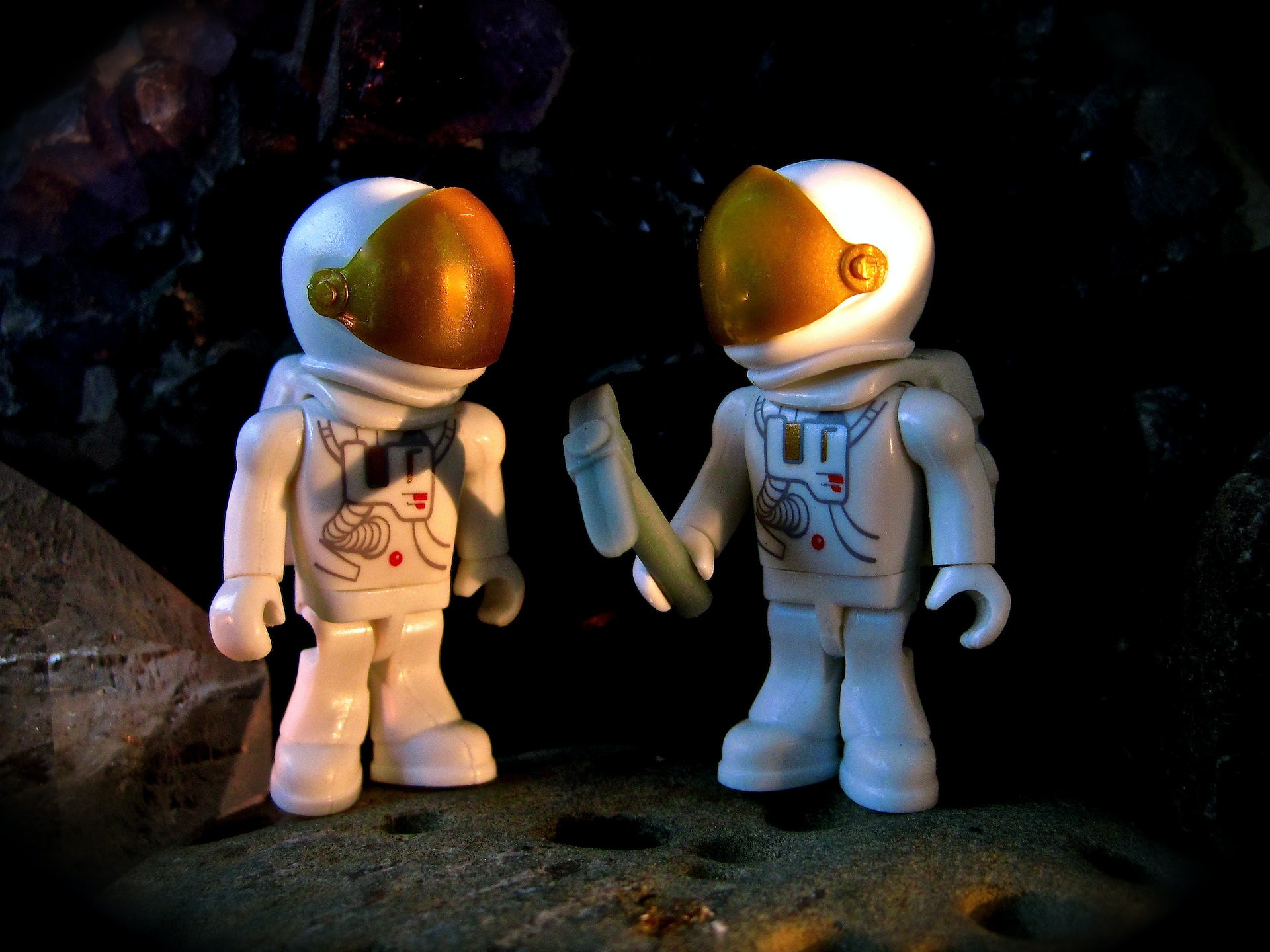 Ready to get rich? Credit: davidd/Flickr

As the targets have not yet been directly identified, the task now is to find these needles in the haystack. The initial design phase for a prospecting satellite is underway, and the Asteroid Mining Corporation is aiming to launch it by 2020. This would go into low-Earth orbit and would survey the skies for near-Earth asteroids, gathering spectral data and determining their composition in order to identify specific targets. As part of my report I will identify the range and resolution of the spectrograph needed to determine composition. I will also work out a preliminary telescope design.

The next objective would be to launch a probe, collect samples for detailed chemical analysis and photograph the surface of the target to identify a potential landing place. The eventual aim would be to land a mining craft on the surface of the target and extract precious metals in situ. Many different techniques have been proposed. However, this would be an incredibly ambitious feat of engineering that can not be underestimated, with many unanswered questions and unknown timescales at this early stage.

There are not just technical challenges to overcome. There is currently concern over the legal ramifications of this burgeoning industry, given the lack of laws and regulations to govern the international nature of space exploration. The United Nations oversees the Outer Space Treaty, signed by 106 countries. This provides a framework for the governance of space-based activities, but it does not provide the detailed legislation needed.

There are concerns that the situation could become the new Wild West, with a lack of laws leading to disputes over who has the rights to mine a particular asteroid. There is no mechanism currently in place to adjudicate such claims, and the legal landscape is complex.

The challenges are considerable – and while it may be some time before we see the first space mining trillionaires, it is undeniable that prospect of asteroid mining is helping to attract funding and accelerate scientific understanding. New instrumentation and engineering technologies will be developed in order to meet the practical challenges of mining asteroids and a detailed database on the composition of asteroids would aid in scientific understanding of the formation and evolution of our solar system. Watch this space.