Expired News - Meteorites recovered from Michigan meteor explosion - The Weather Network
We use cookies on this site to improve your experience as explained in our Cookie Policy. You can reject cookies by changing your browser settings.   READ MORE I ACCEPT

News
Editor's Choice
Welcome to fall, Canada! Here's what to expect this season
OUT OF THIS WORLD | What's Up In Space - a weekly look at the biggest news coming down to Earth from space

Friday, January 19, 2018, 5:42 PM - Did you see the incredible meteor fireball that flashed across the sky over Windsor-Essex and southern Michigan on Tuesday night? Astronomers from Flint's Longway Planetarium have actually found fragments meteorites from this bright bolide explosion! 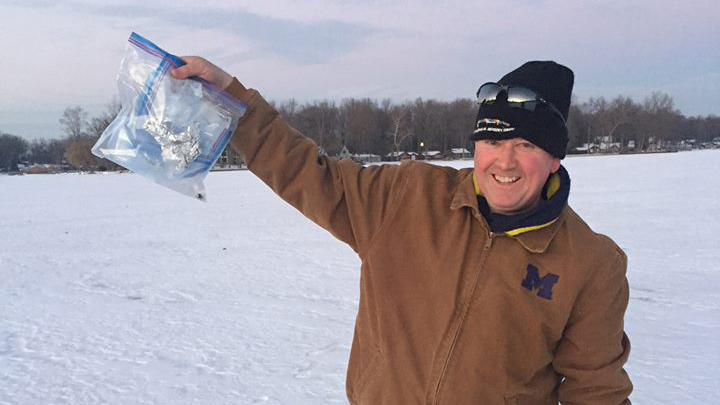 As we can see from the photographs, these meteorites - each about 2-3 cm wide - did not cause much of a disturbance in the snow. Two of them, at least, appear to have bounced, but they only left a small divot in the snow cover.

That may seem strange, given that the asteroid was travelling at around 45,000 km/h when it plunged into the atmosphere, but air resistance would have cancelled out nearly all of the asteroid's initial speed by the time the meteor flash went out, and the fragments from it would have simply been small rocks falling under the pull of gravity. 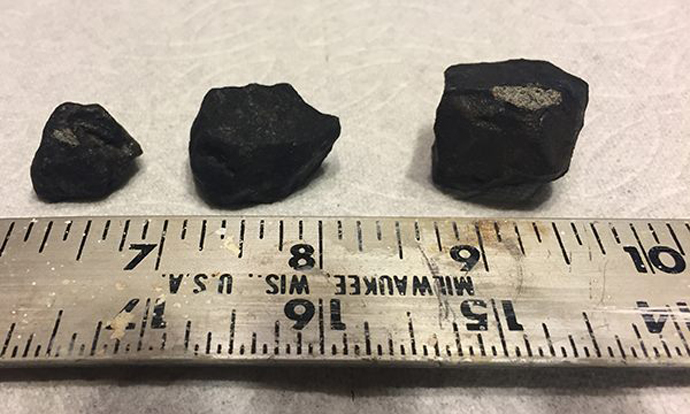 Watch Below: Alberta residents report sightings of fireball in sky