Expired News - Meatless diets could cut 'water footprint' in half - The Weather Network
We use cookies on this site to improve your experience as explained in our Cookie Policy. You can reject cookies by changing your browser settings.   READ MORE I ACCEPT

Meatless diets could cut 'water footprint' in half

Tuesday, September 11, 2018, 3:36 PM - Three thousand litres of water – that is the amount needed to produce the food each British person eats every day. This is according to a new study into the “water footprint” of diets in Western Europe, conducted by the European Commission and published in Nature Sustainability.

The term “carbon footprint”, which accounts for all the emissions of CO₂ associated with the manufacture or production of an item, has become commonplace in recent years. Similarly, the “water footprint” of food can be calculated using information on the amount of water required during cultivation and processing. 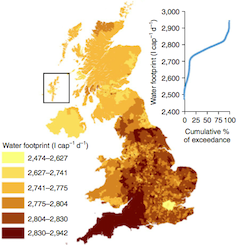 The authors of this new study, led by EC scientist Davy Vanham, first gathered existing data on the water footprint of various foods and drinks. They then combined this with census information for regions within the UK, France and Germany, and knowledge of local eating habits, to calculate how much water is used to feed people in each region and how that could be reduced. Considering the record-breaking heatwave and drought across Europe in summer 2018, their insight may have arrived just in time.

Of the three countries studied, the UK has the smallest average water footprint at 2,757 litres per person per day, in Germany the average is 2,929 and in France it’s 3,861 (for reference, people in the US use more than 9,000 litres per day). One of the standout reasons for the difference between these countries is that the French drink more wine, compared to the Germans and the British who prefer beer, which has a smaller water footprint. 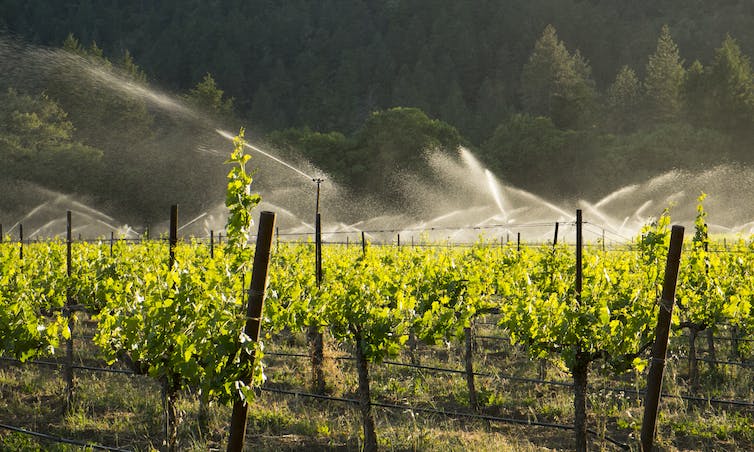 Another feature of this study is the focus on smaller regions which reveals large differences within these countries. A common theme is that rural areas have higher water footprints than cities, mainly due to differences in diet. People in London, for example, eat less red meat than other regions. This is why the UK’s highest footprints (still less than France’s smallest footprint) are found in the south-west, North Yorkshire and Lincolnshire.

In Germany and France this trend manifests as a distinct north-south divide, with the French wine growing regions in the south-west using up to 5,000 litres per person per day. According to the study, another cause of differences within each country is the make up of regional populations. In London, the amount of wine consumed is closely related to the level of education of residents. In other words, water footprint increases with education.

But what does all this mean? Well, 3,000 litres a day adds up to more than a million litres per year – or enough water to fill your local swimming pool three times over. More importantly, a higher water footprint is associated with an unhealthy diet, largely due to meat requiring a lot more water than vegetables or fruit. In all three countries, people “eat too much sugar, oils and fats, (red) meat as well as milk and cheese combined,” write Vanham and colleagues, and in France and Germany “people do not eat enough fruit and vegetables.”

Eating less meat through adopting a “healthy meat” diet could reduce water footprint by up to 35%, the authors say. An even greater saving can be made if meat is replaced by fish, lowering water footprint by 55%, but interestingly moving completely to a vegetarian diet makes around the same savings. Making such changes will not only save water, but will have the additional benefit of improving diet in countries where more than a third of people are overweight and around a quarter obese.

Convincing people to make such a change to their eating habits will not be simple. A number of suggestions are put forward in the study, including punitive measures for “unhealthy” foods, such as a sugar tax. However, such approaches are controversial, with considerable evidence suggesting that they are harmful to low income families. A more subtle approach would be to change the layout of supermarkets, “nudging” shoppers towards more healthy purchases.

Finally, the authors acknowledge that education of the population in dietary matters will be key. But, as their own analysis shows, more education is associated with higher wine consumption, which increases the water footprint.