Expired News - Jaw fossil found on U.K. beach belonged to prehistoric titan - The Weather Network
We use cookies on this site to improve your experience as explained in our Cookie Policy. You can reject cookies by changing your browser settings.   READ MORE I ACCEPT

Wednesday, April 11, 2018, 3:12 PM - A jawbone fossil found on a rocky English beach belongs to one of the biggest marine animals on record, a type of seagoing reptile called an ichthyosaur that scientists estimated at up to 26 meters long - approaching the size of a blue whale.

Scientists said on Monday this ichthyosaur, which appears to be the largest marine reptile ever discovered, lived 205 million years ago at the end of the Triassic Period, dominating the oceans just as dinosaurs were becoming the undisputed masters on land. The bone, called a surangular, was part of its lower jaw.

The researchers estimated the animal's length by comparing this surangular to the same bone in the largest ichthyosaur skeleton ever found, a species called Shonisaurus sikanniensis from British Columbia that was 21 meters long. The newly discovered bone was 25 percent larger.

"This bone belonged to a giant," said University of Manchester paleontologist Dean Lomax.

"The entire carcass was probably very similar to a whale fall in which a dead whale drops to the bottom of the sea floor, where an entire ecosystem of animals feeds on the carcass for a very long time. After that, bones become separated, and we suspect that's what happened to our isolated bone."

Fossil collector Paul de la Salle, affiliated with the Etches Collection in Dorset, England, found the bone in 2016 at Lilstock on England's Somerset coast along the Bristol Channel.

"The structure was in the form of growth rings, like that of a tree, and I'd seen something similar before in the jaws of late Jurassic ichthyosaurs," he said. 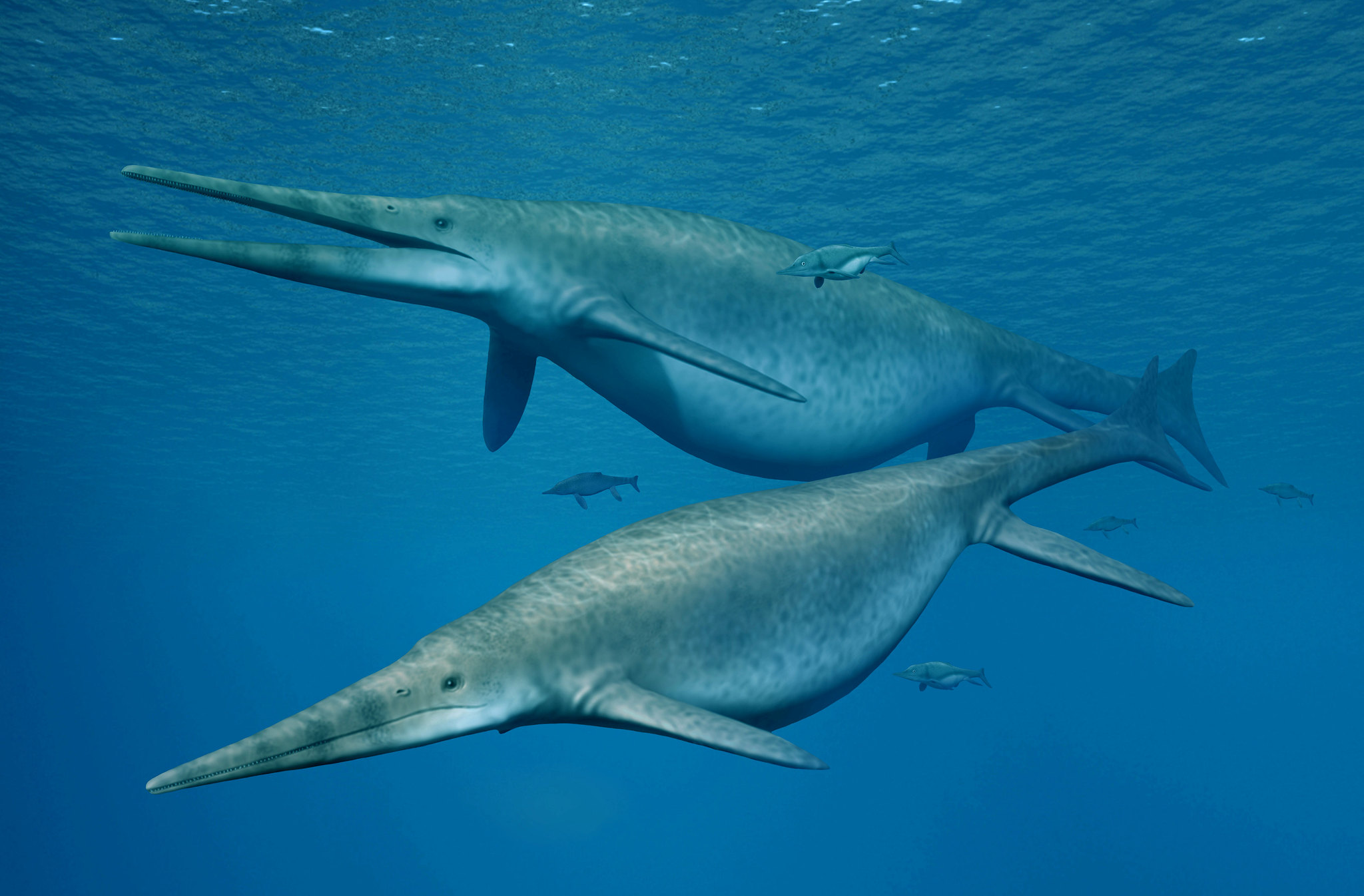 Shonisaurus, a giant ichthyosaur is pictured in this handout reconstruction image obtained by Reuters April 9, 2018. Nobumichi Tamura/Handout via REUTERS

Ichthyosaurs swam the world's oceans from 250 million years ago to 90 million years ago, preying on squid and fish. The biggest were larger than other huge marine reptiles of the dinosaur age like pliosaurs and mosasaurs. Only today's filter-feeding baleen whales are larger. The blue whale, up to about 30 meters long, is the biggest animal alive today and the biggest marine animal ever.

The researchers estimated the new ichthyosaur at 20 to 26 meters.

It appears to have belonged to an ichthyosaur group called shastasaurids. Because the remains are so incomplete, it is unclear whether it represents a new ichthyosaur genus or is a member of a previously identified genus, said paleontologist Judy Massare of the State University of New York College at Brockport.

The research was published in the journal PLOS ONE.


(Reporting by Will Dunham; Editing by Sandra Maler)