Expired News - Legendary 'Boiling River' of Peru is unique on Earth - The Weather Network
We use cookies on this site to improve your experience as explained in our Cookie Policy. You can reject cookies by changing your browser settings.   READ MORE I ACCEPT

News
Editor's Choice
Why hurricanes get names, and why some get retired

Legendary 'Boiling River' of Peru is unique on Earth

Friday, February 19, 2016, 2:07 PM - A river flowing with water hot enough to burn sounds like something out of a nightmare, or a legend told to frighten. And, for most of his life, Peruvian geoscientist Andrés Ruzo thought it was just that.

Tantalized by his grandparents with childhood stories of a mythical boiling river, heated by the serpent spirit Yacumama, it wasn't until he was pursuing a PhD in geophysics that Ruzo began to wonder if there was some truth at the root of the legend. Unusually warm rivers aren't unheard of, after all; but they go hand in hand with volcanic activity, and the site of the river his grandparents spoke of was more than 700 km from the nearest active volcano.

Despite being discouraged by his academic peers, in 2011 Ruzo decided to take a chance on his grandmother's insistence that she'd seen the steamy banks in person, and was rewarded with more than 6 kilometers of river hot enough to scald the skin and cook animals alive.

As Ruzo wrote for National Geographic:

I reached a part of the river where the bank was hot mud, too dangerous to walk on. I left my wife, who is my field partner, at a safe place downstream, then jumped from one small rock to another along the river to get to the boiling spring I needed to sample. Each breeze blew hot vapor in my direction, forcing me to squint as I took the water sample. The heat from the scalding sample bottle emanated through my backpack and into my back. I heard thunder, then the rain came. A white curtain of steam rose rapidly from the waters, caused by the temperature differential between cold rain and hot water. It was a whiteout, and I could see no way out.

Through the site, known as Mayantuyacu, the river runs up to 25 metres wide and 6 metres deep and surges along at an average temperature of 86 degrees Celsius. And in some sections, the river actually does boil. The steamy waters feature prominently in the traditional medicinal practices of the Asháninka - the locals indigenous to the region - who's shaman gave Ruzo and his team permission to research the unique phenomenon.

Their analysis suggests the source region for the river may lie as far away as the Andes, and the water is heated to its extreme temperatures by geothermal energy as it wends its way to Mayantuyacu through the Earth's crust.

Hundreds of kilometers from the nearest volcanic site, this makes the boiling river region unique - as far as we know - on the planet. 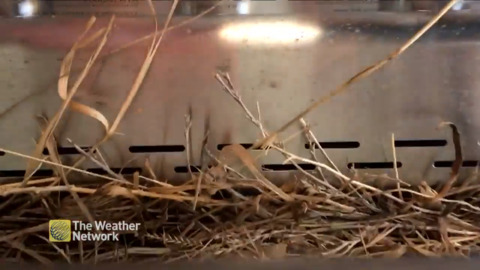