Expired News - Update: Japanese probe lands third hopping rover on asteroid - The Weather Network
We use cookies on this site to improve your experience as explained in our Cookie Policy. You can reject cookies by changing your browser settings.   READ MORE I ACCEPT

News
Editor's Choice
World Bee Day: See Canada's Most Valuable Pollinators
OUT OF THIS WORLD | What's Up In Space - the biggest news coming down to Earth from space

Friday, October 5, 2018, 10:30 AM - For the first time ever, we have video footage from the surface of an asteroid flying through space, thanks to Japan's Hayabusa 2 spacecraft and its tiny hopping rovers, and this is just the beginning as these robots investigate the potential origin of life in our solar system.

Space has been fairly busy over the past few weeks. NASA's Transiting Exoplanet Survey Satellite (TESS) is already finding alien planet candidates, in its very first images. The Juno spacecraft made another close pass over Jupiter. The Parker Solar Probe just entered Venus' gravitational influence, which will propel the spacecraft on its first pass around the Sun in November. Astronomers have locked down the origin point of interstellar comet 'Oumuamua to one of four possible star systems. A Mars orbiter even captured a picture of NASA's venerable (and still silent) Opportunity rover, as the robot's team of handlers, back here on Earth, still waits to hear from it.

Possibly the most remarkable of all, though, is a simple time-lapse video, composed of just 15 frames, shot in sequence over a period of an hour and 14 minutes.

This is the very first video shot from the surface of an asteroid.


Captured by the Japan Aerospace Exploration Agency (JAXA) Rover-1B - one half of the MINERVA-II1 pair of rovers that set down on the asteroid's surface on September 21 - after the robot performed a successful 'hop' maneuver, the video shows how the shadows change on the surface, as the asteroid rotates through part of its 7.6 hour 'day'.

Rover-1B, along with its partner, Rover-1A, have sent back other photos as well, as they demonstrated their capabilities to the mission team. 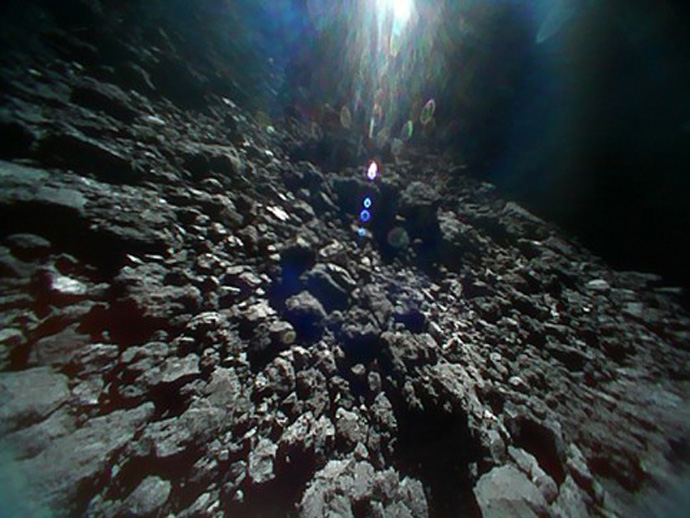 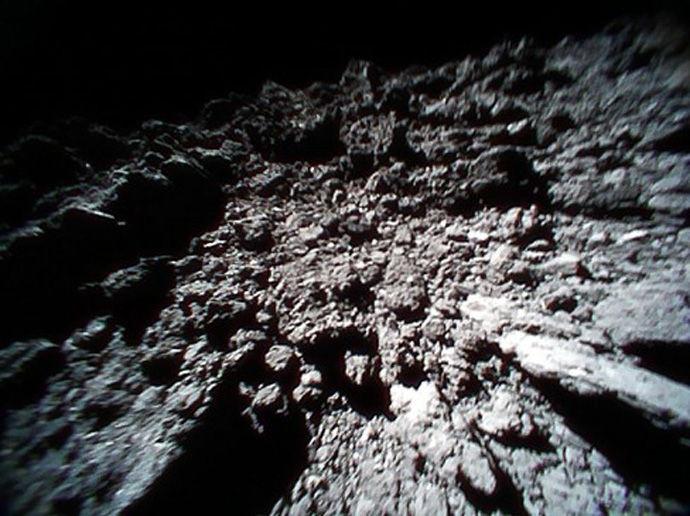 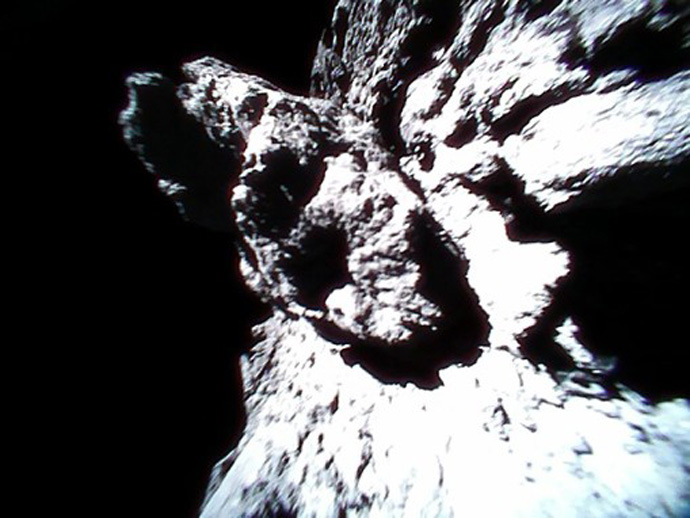 The asteroid in question is 162173 Ryugu, a half-billion ton, roughly 1-km wide rock, flying through space on an elliptical orbit that periodically has it making a 'close pass' by Earth, coming to within about 10-20 million kilometres of the planet.

While its size, and distance at these close passes, earns it the label of a "potentially hazardous asteroid", there is no direct danger from asteroid Ryugu.

The real interest in Ryugu is what this object can tell us about the development of our solar system, and what clues it may hold for the possible origin of life on Earth.

Watch below as JAXA and German Aerospace Center (DLR) scientists explain the details of the Hayabusa 2 mission (be sure to turn on closed captions):


Coming up next, in addition to more hopping and more images by Rover-1A and 1B, Hayabusa 2 will be deploying MASCOT - The Mobile Asteroid Surface Scout, developed by the DLR and France's National Centre for Space Studies (CNES) - in the first week of October.

MASCOT, a larger rover with more sensors, is expected to use up its 16 hours of battery life gathering as much data as it can about the asteroid's surface structure and mineral composition, as well as its magnetic and thermal properties.


Hello #Earth, hello @haya2kun! I promised to send you some pictures of #Ryugu so here’s a shot I took during my descent. Can you spot my shadow? #AsteroidLanding pic.twitter.com/dmcilFl5ms

Remarkably, the tiny rover actually outlasted its expected battery life, performing science for over 17 hours, executing two hops, and sending back all of its data to Hayabusa 2, for transmission back to Earth!

Update 2 (Friday, October 5): More pictures of MASCOT descending to the surface of Ryugu!

This sequence shows MASCOT photographed by the ONC-W2 immediately after separation. MASCOT was captured on three consecutively shot images, making a short animated movie. The image capture time is between 10:57:54 JST – 10:58:14 JST on October 3. Since separation time itself was at 10:57:20 JST, these images were captured immediately after separation. The ONC-W2 is a camera attached to the side of the spacecraft and is shooting diagonally downward from Hayabusa2. This gives an image showing MASCOT descending with the surface of Ryugu in the background. MASCOT is especially clear in the third image. Credit: JAXA, University of Tokyo, Kochi University, Rikkyo University, Nagoya University, Chiba Institute of Technology, Meiji University, University of Aizu, AIST.

Stand by for more results coming in!

RELATED: TO BENNU AND BACK - SCIENCE@NASA