Expired News - Mexicans recover after Willa's 'end of world' onslaught - The Weather Network
We use cookies on this site to improve your experience as explained in our Cookie Policy. You can reject cookies by changing your browser settings.   READ MORE I ACCEPT

Willa, a powerful Category 3 hurricane, hit the northwestern state of Sinaloa late on Tuesday as one of the strongest storms to lash the coast in recent years, with winds of up to 120 miles per hour (195 km per hour).

"I thought it was the end of the world," said Alma Rosa Ramirez, a 45-year-old resident of the town of Escuinapa, as she described how her whole house rattled in the blasting winds.

Now with the sun peeking through and wind nearly at a standstill, Ramirez and scores of other residents took to the streets to pick up debris, while emergency crews poured in to work on reestablishing basic services.

Ramirez arrived at her tiny fruit and vegetable stand in the shadow of a large stone church in Escuinapa's central square, saying she feared the storm had devastated the farming region that supplies her with the carrots, squash and chilis she sells.

"There's going to be a lot of poverty," she said.

No deaths have been reported as thousands of people were evacuated from coastal towns and resorts before the storm hit. 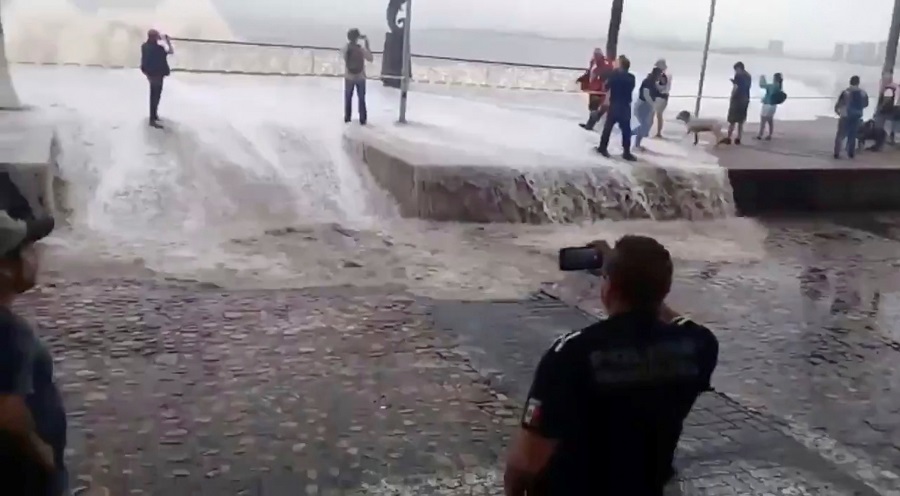 Along a stretch of a two-lane highway southwest of Escuinapa, workers from Mexico's Federal Electricity Commission tended to countless downed power lines.

Noe Mauricio, a worker wearing a yellow helmet and orange vest, stood in the road directing traffic under steady rain. He said it could take two weeks to re-establish power in the area.

"We're doing it as fast as possible but with the wind all of them fell," Mauricio added, referring to the 30-km-long (18.5-mile-long) string of fallen electricity poles.

A map of the area showed Los Canales lagoon to one side of the highway. Flood waters had filled in the other side too, leaving the tops of some trees and a fence sticking out.

Willa struck the coast about 50 miles (80 km) south of Mazatlan, a major city and tourist resort in Sinaloa. 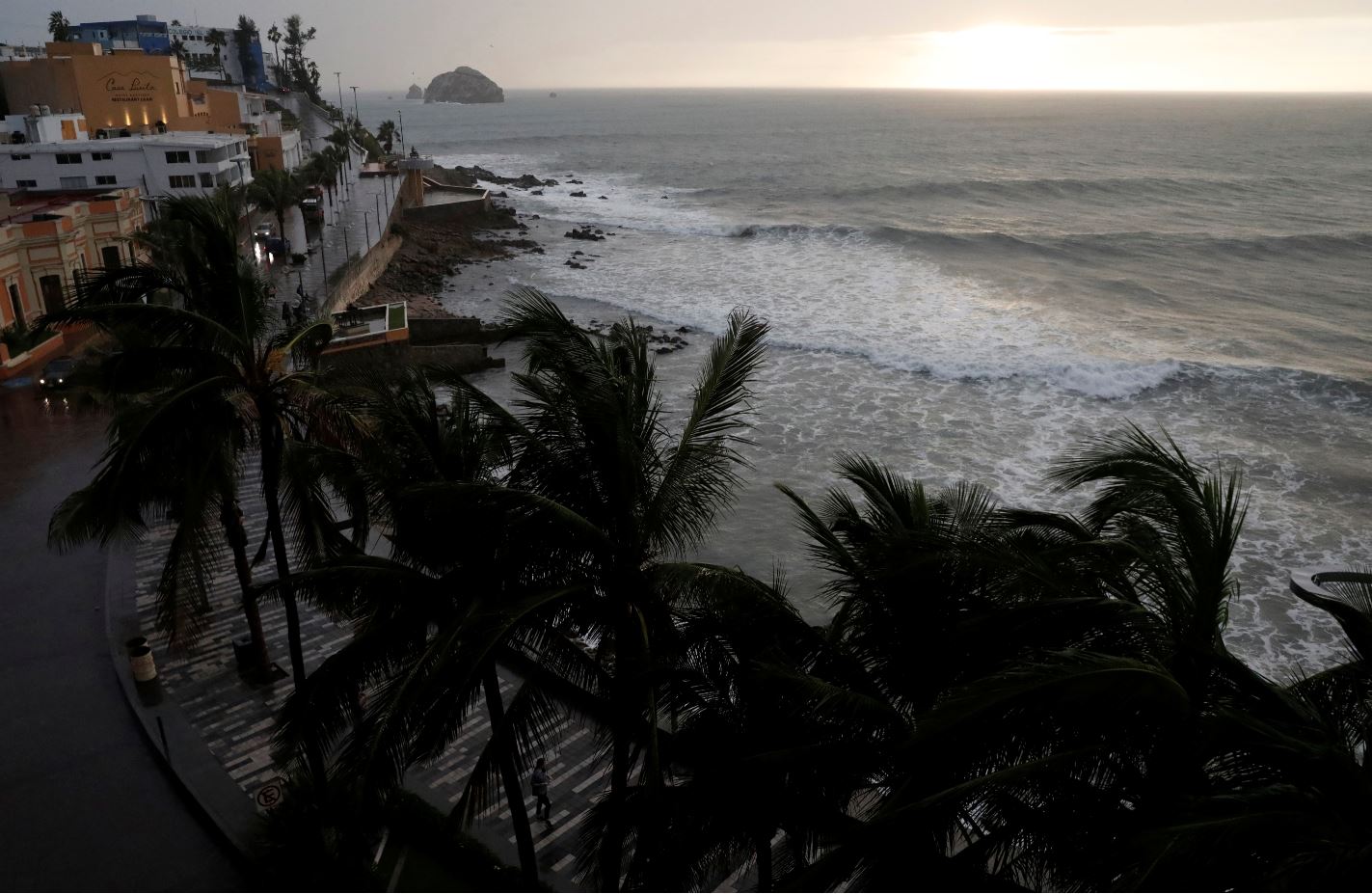 On the other side of Escuinapa, 74-year-old retiree Virginia Medina sat in a white plastic chair, a 4-week-old kitten winding between her legs, as she took in the damage.

"I can't even walk in my backyard ... Here in the neighborhood a lot of walls came tumbling down. Now there is no power, no gas, there's nothing," Medina said. 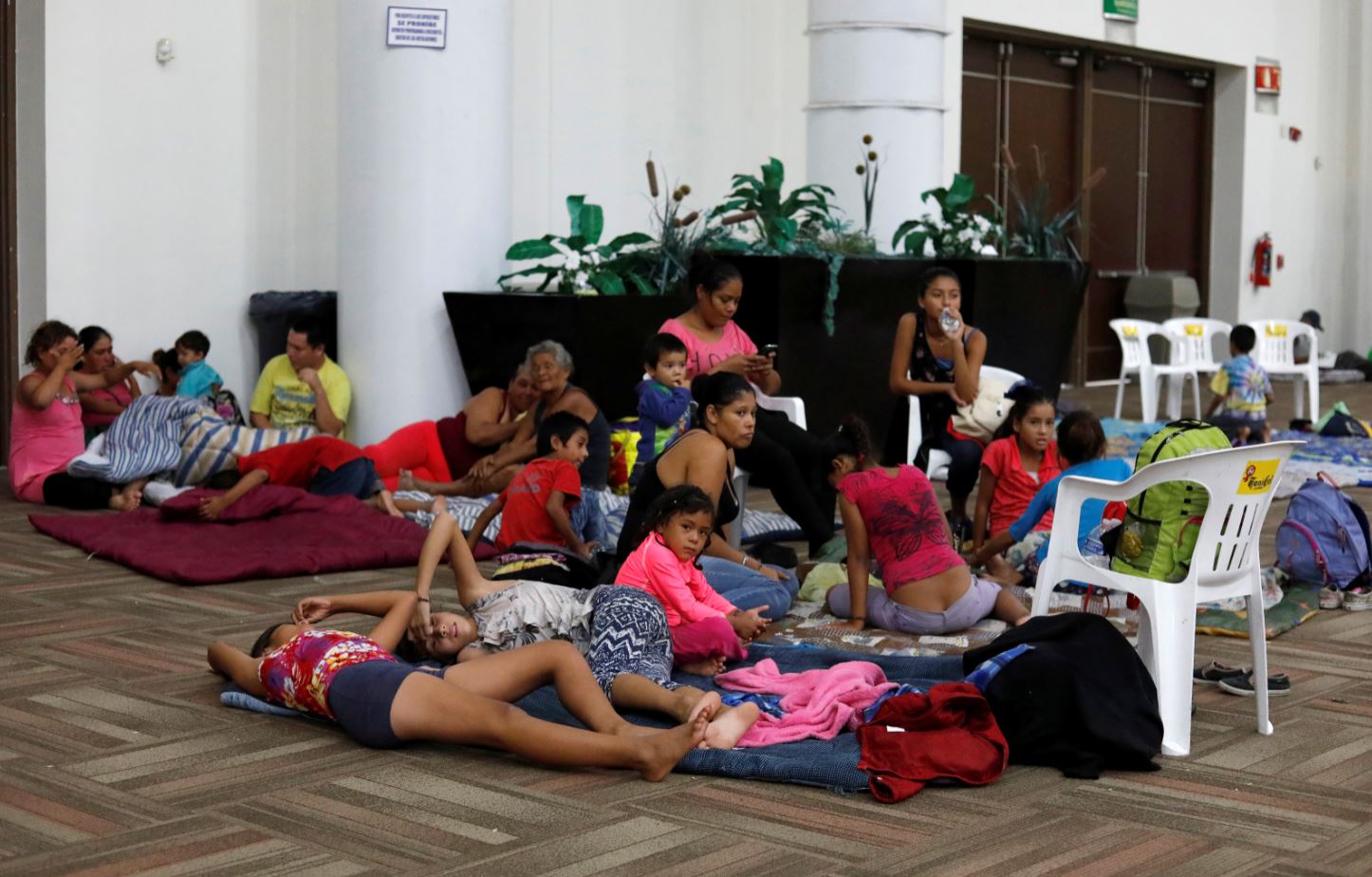 (People who were evacuated from their homes are seen in a big room at the Convention Center being used as a shelter while Hurricane Willa approaches the Pacific beach resort, Mexico October 23, 2018. REUTERS/Henry Romero)

The hurricane had reached rare Category 5 status on the five-step Saffir-Simpson scale, on Monday, with winds nearing 160 miles per hour (260 kph), as it headed toward the coast.

The storm had dissipated by mid-morning as it moved quickly inland over northwest-central Mexico on Wednesday. It was still expected to dump heavy rains across the region.

By then, the storm was about 75 miles (120 km) west of the city of Monterrey, blowing maximum sustained winds of 25 mph(40 km), the Miami-based U.S. National Hurricane Center said.

Downpours in Mexico prior to Willa's arrival had heightened the risk of flooding, and the NHC said the storm could drench some areas in as much as 18 inches (45 cm) of rain.

BELOW: SCENES OF WILLA'S IMPACT

WATCH BELOW: COUNT THE WATERSPOUTS