Expired News - Hundreds of trees chopped to make way for Quebec Club Med - The Weather Network
We use cookies on this site to improve your experience as explained in our Cookie Policy. You can reject cookies by changing your browser settings.   READ MORE I ACCEPT

The hundreds of trees being cut down at the foot of Le Massif ski hill in Quebec's Charlevoix region aren't just any trees, according to local resident François Lessard.

They include maples that first emerged from the ground two centuries ago, said the forestry technician.

"[The promoter] once again is putting the cart before the horse, because we haven't seen any public presentation about the project," he said. 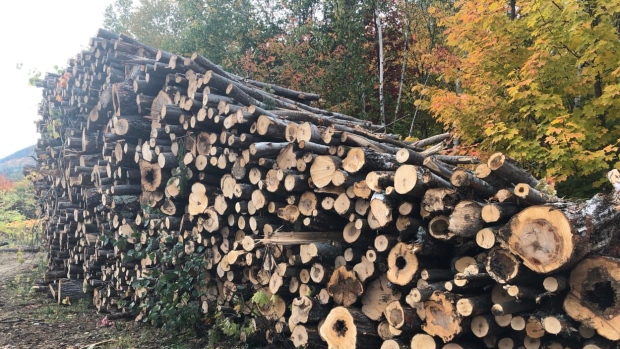 Hundreds of trees are being cut down at the foot of Le Massif ski hill in Quebec’s Charlevoix region. (Marc-Antoine Lavoie/Radio-Canada)

Groupe le Massif, the promoter, says it has the necessary permits to clear the trees, and it will hold a news conference this fall to provide an update on its project.

The Club Med Québec Charlevoix is to include a 300-room, seven-storey hotel. It is slated to open in 2020.

The environmental impact of this kind of project doesn't have to be evaluated, and so no public consultations must be held, according to Clément Falardeau, spokesperson for the Environment Ministry. 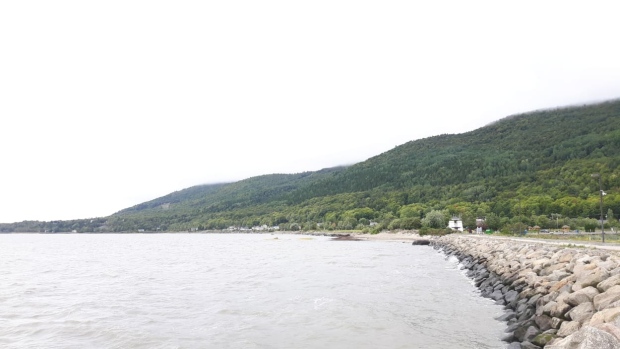 The Club Med Québec Charlevoix will be built in Petite-Rivière-Saint-François, just south of Baie-Saint-Paul, in the Charlevoix region. (Alexandre Duval/Radio-Canada)

Until recently, a bylaw allowed only up to 25 per cent of the trees to be chopped down in four designated areas near the site.

However, to make room for the Club Med project, that bylaw was changed in August. While the percentage of trees that can be cut down is the same, the areas themselves were expanded.

The clear-cutting going on now appears to respect the rules set out by the municipality. The trees are being cut down in order to put up a building, which doesn't require a permit from the Environment Ministry, Falardeau said.

But work at another site, to create new ski trails and broaden existing ones, was halted last month because that job does require permits, and the promoter didn't have them.

At the beginning of September, at least two complaints were lodged with the Environment Ministry regarding work being done to level the ground, including dynamite explosions, according to Radio-Canada. 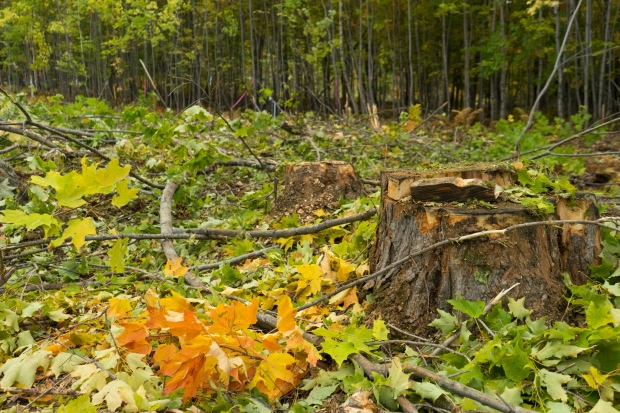 The local municipality changed a bylaw in August, expanding the area where trees could be cut down. (Submitted by Véronique Tanguay)

Residents also reported finding contaminants in a nearby stream.

After inspectors checked out the site, the ministry issued a notice of non-compliance because the work didn't respect the province's Environment Quality Act.

Katherine Laflamme, head of marketing for the Massif de Charlevoix, the existing ski hill, told Radio-Canada at the time that it was looking into the issue and would make any changes the ministry deemed necessary.

Frédéric Fournier, a spokesperson with the Environment Ministry, says the promoter has since applied for permits, and the ministry is still analyzing whether they will be granted.

With files from Radio-Canada's Marc-Antoine Lavoie and Alexandre Duval. Read the original article on CBC.ca.

WATCH BELOW: DRONE-PLANTING TREES: IS THIS THE FUTURE OF OUR FORESTS?