Expired News - How these 'ecocities' make environmental living a reality - The Weather Network
We use cookies on this site to improve your experience as explained in our Cookie Policy. You can reject cookies by changing your browser settings.   READ MORE I ACCEPT

How these 'ecocities' make environmental living a reality

Friday, October 5, 2018, 2:05 PM - Geothermal-heated sidewalks and efficient public transit powered by bioenergy might sound too good to be true, but for some ecocities this is just a normal part of commuting to work.

As developing regions accumulate wealth and develop into sprawling cities many concerns arise with their energy use and carbon footprint. The United Nations projects that by 2050 nearly 70 per cent of all people will be living in urban areas, and urbanization is typically characterized by reliance on fossil fuels to build infrastructure, expand manufacturing and the economy, and provide affordable electricity. Many argue that growth and reducing poverty are not possible without fossil fuels, however these ecocities challenge this thinking.

Ecocities are sustainable cities that work towards creating a habitat that is environmentally, socially, and economically healthy and will not compromise the ability of future generations to have the same experience. This green way of life is a reality for millions of people around the world from countries in all stages of development - read below to discover how these ecocities fascinating foster this green way of life.

Sustainable businesses, commitments to recycling, green public transit, and district heating are all factors that contributed to Vienna ranking first on the Mercer Quality of Living City Ranking for seven years in a row. The city has prioritized large-scale urban developments that feature energy-efficient buildings and optimize built space so parks and green areas can be incorporated around constructed sites. A former airfield was converted into a large, multifunctional city district containing residential accommodations and buildings that could be used for office space, businesses, science, research, and education. Certain housing was designed to be affordable for low-income households and urban farming projects in subsidized housing were implemented to increase access to affordable, healthy food and reduce carbon emissions associated with importing food internationally. The district aim’s to reduce carbon dioxide emissions to zero by 2050. 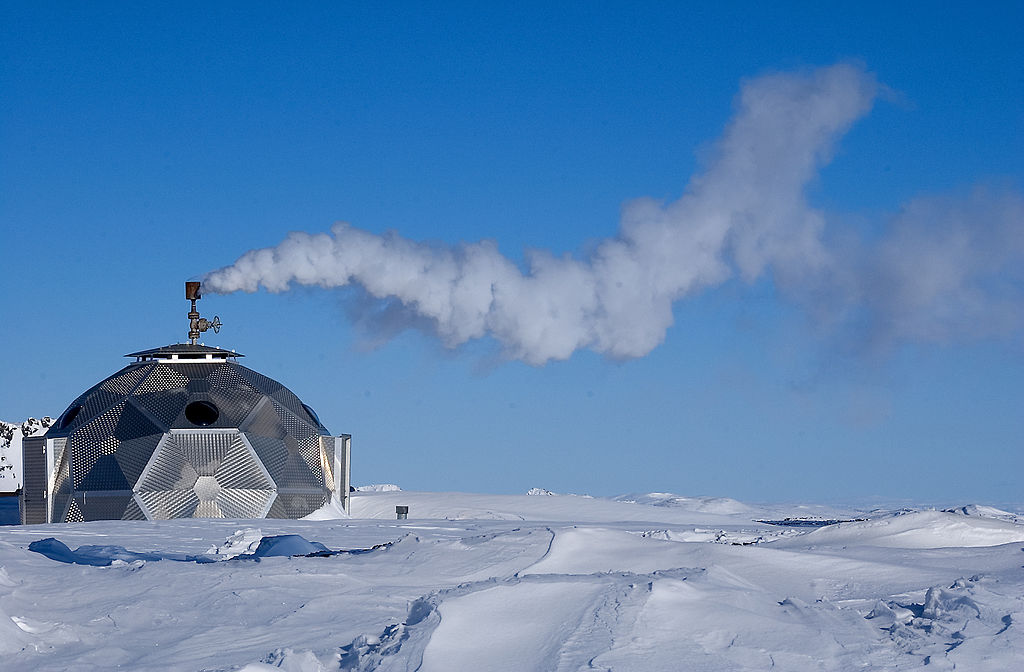 While one might think of ecocitiees as densely lush locations, this subarctic city demonstrates that snow and ice does not mean a reliance on coal and fossil fuels. The City of Reykjavik aims to be free of fossil fuels by 2050, a goal that will largely be met by the unique resource of geothermal energy harnessed from the cluster of volcanoes on the main island. Approximately 95 per cent of all buildings are powered by geothermal energy through a district heating system - this form of energy also allows for heated sidewalks and outdoor swimming pools that can be enjoyed year-round. The northern location and cold climate limit the amount of food that can be grown in the ground so greenhouses are powered by geothermal energy for the growth of a wide variety of fruits and vegetables including bananas, tomatoes, and cucumbers. 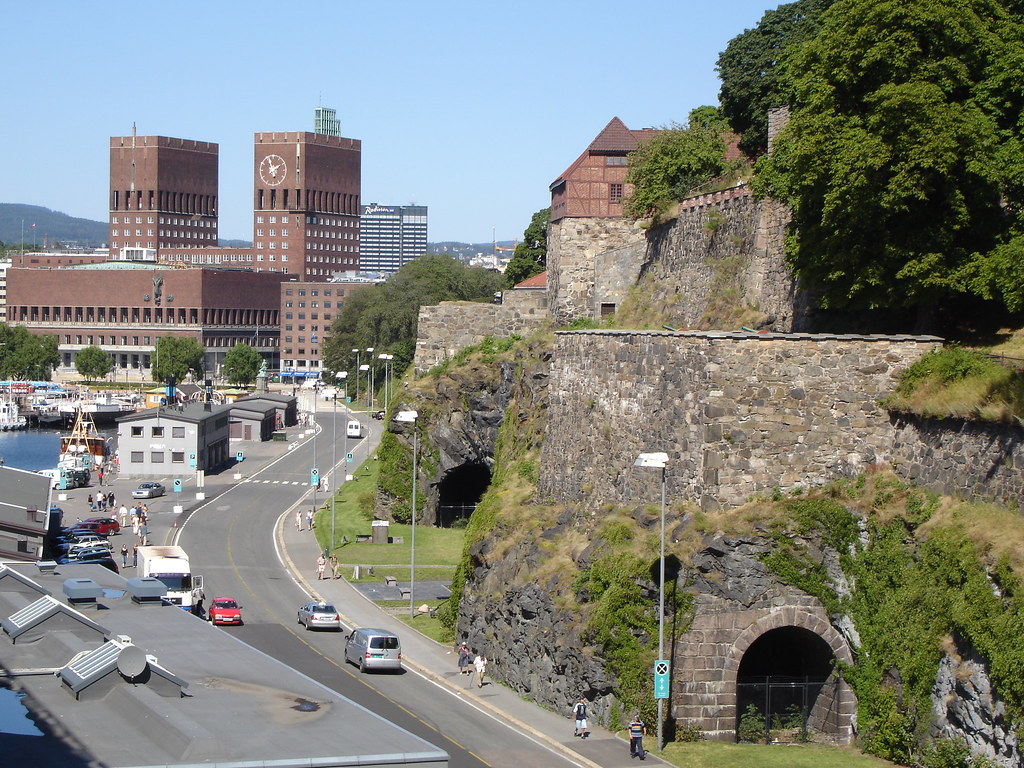 Oslo's city council has a long history of progressing sustainability with a particular focus on reducing the amount of carbon emissions related to heating homes and buildings. Nearly 60 per cent of the city's total energy consumption comes from hydropower, and a significant portion of heating comes from district heating - which makes for big carbon savings since the average annual temperature is 5.7 degrees Celsius. In June 2016 the city council approved plans to reduce carbon dioxide emissions by 50 per cent in 2020 and 95 per cent in 2030, which is intended to be met by reducing the amount of fossil fuels used for heating, district heating fuelled by burning waste, and hydropower. Future plans for sustainability include developing a sustainable city next to the Oslo Airport that will be car-free, entirely walkable, smart-tech waste management, and produce more energy than it consumes through renewable energies.

Even though this city is still in the process of being built there are already over 100,000 residents of the soon-to-be $35 billion district that will feature mass public transportation, a walkable layout to reduce the need for cars, and 40 per cent of the area dedicated to outdoor space for leisure and activities. Constructing new buildings allows for developers to install renewable energy systems such as in-home underground disposal of waste that will be sorted then partially converted into an energy source, plots of land designated for urban farming, and LEED-certified public buildings. Expansion began around 2000 and since then there has been slower growth and development than initially expected, but serves as an example of sustainable development in a wealthy nation.

An aerial view of the Civic District of Singapore. Credit: Wikimedia Commons

Known internationally as a sustainable and innovative hub with a thriving economy, this island-city-country is completely urbanized and offers residents a high quality of life. The public transit system is ranked as one of the highest in the world because of its affordability, convenience, and sustainability. Significant efforts are taken to prioritize public transportation - Singapore banned chewing gum was banned in 1992 because of litter and vandals disrupting transit services by sticking gum on door sensors on the public transit trains. Extensive green urban planning standards, sustainable water practices such as rainwater catchment systems and seawater desalination, and plans to introduce a carbon tax in 2019 to propel the move towards becoming a low carbon economy are all features that have secured Singapore as a global leader of urban sustainability.

Curitiba has been recognized as one of the most sustainable cities in South America with decades of progressive urban development that include environmental land-use policies, preservation of the natural environment, and public transportation that features 60 buses running entirely off of biofuels. The public transit system stretches over 70 kilometres and is so popular that over 70 per cent of daily journeys are taken on public transit, which is why this city has one of the lowest levels of air pollution in Brazil. Appreciating and protecting the environment is engrained in the community and practiced through a number of programs - 'Plantios Comunitarios' is a communal planting project and 'Cambio Verde' is a green exchange program for low income residents that can collected littered recyclables in exchange for local fruits and vegetables.

View from the top of the telecommunications tower at Uetliberg, Zurich, Switzerland. Credit: Wikimedia Commons

In 2016 Zurich ranked first place as the most sustainable global city according to the Arcadis Sustainable Cities Index, which ranks the top cities based on "social, environmental and economic sustainability to offer an indicative picture of the health and wealth of cities for the present and the future." Arcadis makes note of the "clear link between economic development and environmental sustainability" because of the cities high economic performance and investment in renewable energies, a sustainable public transit system, and numerous green spaces in the city. Part of what makes Zurich such a sustainable city could be from the policies and laws that enforce these practices - a resident once faced the punishment of either a $275 fine or a two-day prison sentence after a plastic bottle was found in his paper recycling.

WATCH BELOW: Could this bamboo toothbrush be BETTER for the environment than your standard plastic brush?