Expired News - The biggest tides in the world will hit Canada. Here's where - The Weather Network
We use cookies on this site to improve your experience as explained in our Cookie Policy. You can reject cookies by changing your browser settings.   READ MORE I ACCEPT

News
Editor's Choice
Giant moth is so heavy, it can hardly fly. See it, here
How a rare conjunction of events will push the world's highest tides even higher.

The biggest tides in the world will hit Canada. Here's where

Wednesday, September 23, 2015, 10:20 AM - A full moon. A perigee moon. The fall equinox. All joining forces to bring the highest tides on Earth to Canada's own shores.

Though each phenomenon is, in its way, related to the sky, they all reach down to Earth to alter that most predictable of natural forces.

But in the lead-up to next week, coastal dwellers are in for a rarity: A convergence of all of these cosmic happenings, that coincides with the apex of an 18-year cycle that will make for the highest global tides in almost two decades, peaking on Tuesday, September 29.

That has observers in the Maritimes especially watchful of the waves. The Bay of Fundy between New Brunswick and Nova Scotia famously sports the highest tides in the world.

Tide predicted to be the highest in 18 years next Tuesday in Blomidon. pic.twitter.com/YqD4Aus9T8

CHECK BACK: Reporter Nathan Coleman will have ongoing updates on the rising tides. Check back online and tune in on T.V. 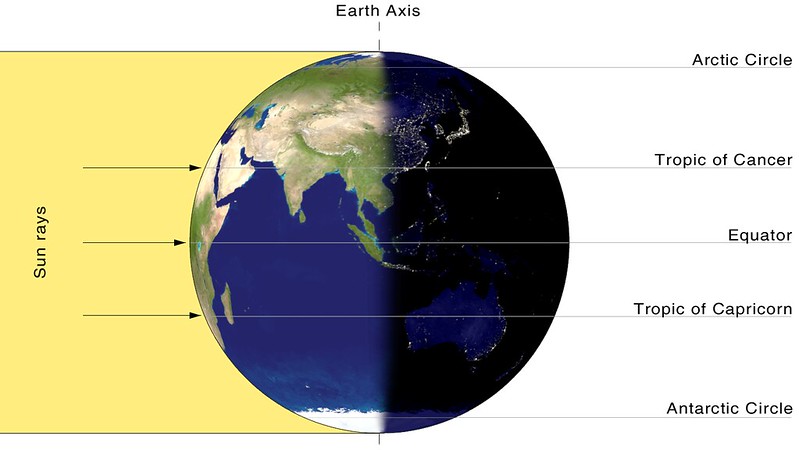 So we have the angles of the moon, sun and Earth as close to each other as they can get, leaving them nicely aligned.

"When you get a full moon or a new moon at a time when the moon is at its closet point to the earth called perigee, that makes the tides extra big," Sherman Williams, a member of Nova Scotia's Blomidon Naturalists Society, told The Weather Network's Nathan Coleman. "The icing on the cake is an 18-year cycle that synchronizes, and this year and early next year we’re at the peak of this 18 year cycle."

The highest tides in Canada

That brings us to the Bay of Fundy, home to the world's highest tides.

At their average peak, they can be more than 16 m, and any time there's the chance of an extra nudge like the one coming up, people in the area take notice, especially on the Isthmus of Chignecto.

That's the land bridge linking Nova Scotia with New Brunswick, a large area of largely flat land and marshes whose elevation is not far above sea level. The first Acadian settlers struggled to keep the sea from flooding the region, building and maintaining a network of dikes to not only keep the water at bay, but also to gradually reduce the salinity of the land to make it suitable for farming.

Modern dikes remain, and Sherman says they're being topped up in anticipation of the oncoming high tide, but the biggest risk factor -- the weather -- likely won't work against them.

A low pressure system entering the area at the same time would cause a storm surge that could overtop the dikes, causing widespread flooding. However, forecasters say there isn't one on the horizon.

People don't need to imagine the devastation that would ensue if a hurricane were to happen at the same time as the highest tides in an 18-year cycle. It's happened once already, resulting in one of the highest death tolls of any hurricane in Canada.

Known as the Saxby Gale, after the Royal Navy officer who more-or-less predicted it, this storm hit the region on October 4-5, 1869, coincidentally at the top of the same 18-year cycle that will peak this month.

Many of the other elements were present as well: It was close, though not quite at, the fall equinox, while a new moon was at perigee.

The storm surge was enormous, topping the dikes by 0.9 m and rising to 2 m above the then-record in the city of Moncton, N.B.

A large part of the isthmus was all but underwater. Environment Canada says "hundreds" of lives were lost, and much farmland was ruined.

The seas of September 29 won't be remotely that destructive, thanks to the lack of a tropical system expected in the area, but the memory of the Saxby Gale gives you an idea of how seriously to take it when the tides reach their 18-year peak.

With files from Nathan Coleman

CHECK OUT : Fall Forecast 2015: Will summer linger? Answers in the video BELOW :