Expired News - How a near-perfect rectangle iceberg formed - The Weather Network
We use cookies on this site to improve your experience as explained in our Cookie Policy. You can reject cookies by changing your browser settings.   READ MORE I ACCEPT

How a near-perfect rectangle iceberg formed

Monday, October 29, 2018, 12:28 PM - NASA scientist Jeremy Harbeck was on a surveying flight over the Antarctic Peninsula earlier this month when he spotted an iceberg that looked like no other. It was almost perfectly rectangular, with square sides and a flat top that made it look more human-made than natural.

"I thought this rectangular iceberg was visually interesting and fairly photogenic so, on a lark, I just took a couple photos," Harbeck said. These photos have since been shared around the globe.

Despite its eerily perfect shape, this iceberg is completely natural, and in fact not even that unusual. Ice has a crystal structure that means it prefers to break along straight lines. In the northern hemisphere, ice sheets sit on bedrock, and the friction between the ice and the ground means icebergs form in the irregular shapes that most of us picture when thinking of an iceberg. 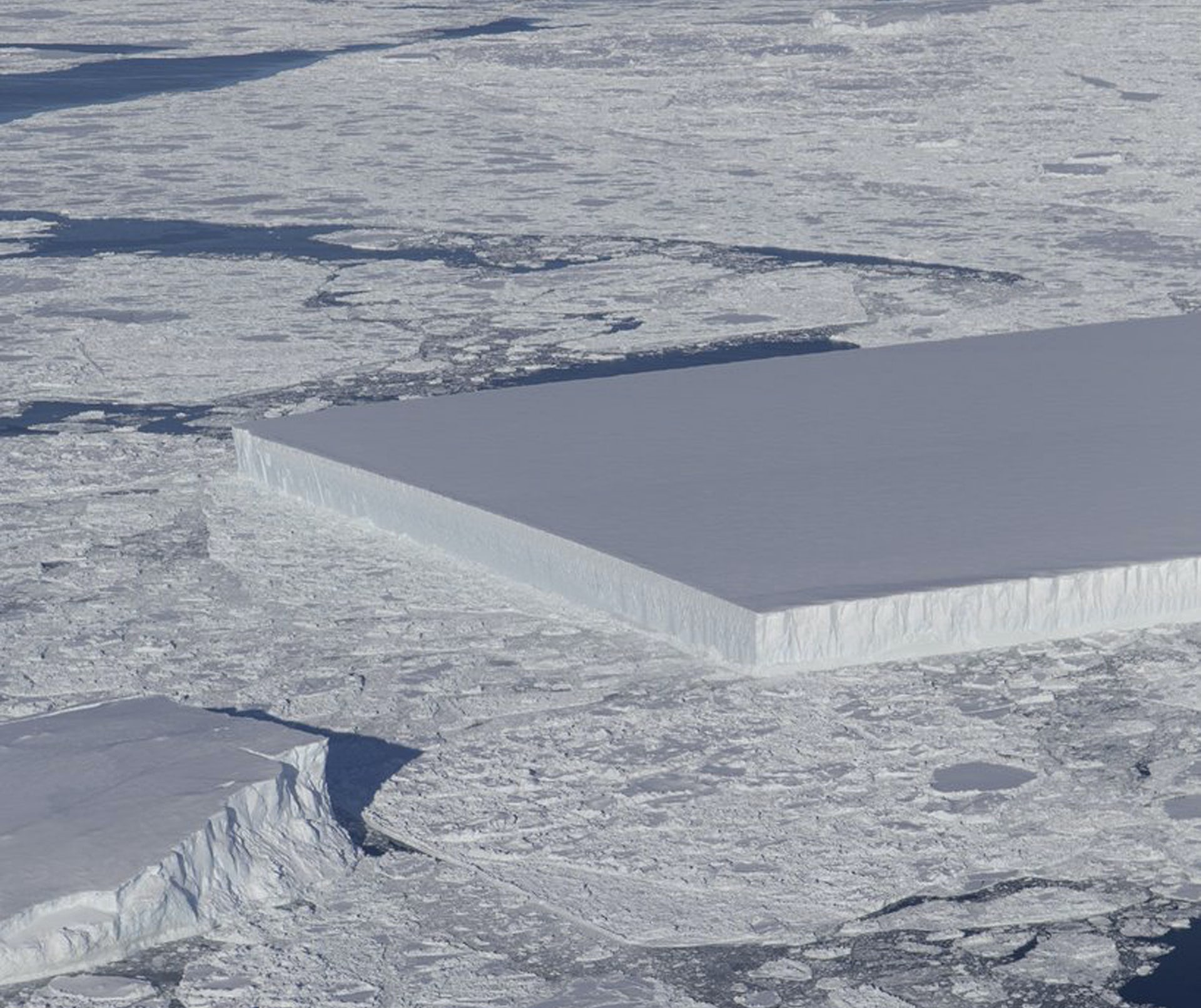 Icebergs of this type are called 'tabular'. Credit: NASA/Operation Icebridge

In contrast, the edges of the Antarctic ice sheet are mainly made of floating ice shelves. These ice slabs are free to break along their natural crystal structure, resulting in icebergs that often have straight edges and smooth tops. We often see icebergs with geometric shapes, although such a perfect rectangle is admittedly unusual.

The walls of this new iceberg are sharp and almost perfectly vertical, suggesting they formed recently. As time goes on, waves will start to erode these edges, creating large arches and caving in its walls. The iceberg will also continue to break and crack, losing chunks of ice around the edge, and possibly even fragmenting into smaller pieces.

The iceberg will also start to travel away from where it formed. As Antarctic icebergs drift, ocean currents move them around the coast. The cold air and sea temperatures mean they melt slowly, and large icebergs can survive for many years. They can even move further north outside Antarctic coastal waters, and are tracked in satellite imagery by the US National Ice Center in case they enter shipping lanes.

The largest iceberg ever observed, named B-15, was released from Antarctica in 2000, and some fragments of it still exist today near the island of South Georgia. Other fragments of B-15 left the Southern Ocean, appearing only 60 km off the coast of New Zealand in 2006.

The paths these icebergs take are important to scientists because, as they travel, they release freshwater and micronutrients into the ocean, changing its chemical properties and affecting both local ocean currents and biology.

The reason Iceberg B-15 has survived so long is because of its whopping size: 295 km by 35 km. Our unique rectangular iceberg is barely more than 1 km long and won’t last anywhere near as long. It is likely to move further around the coast, and slowly disintegrate and melt before it leaves Antarctic waters. As it moves it will lose its photogenic shape, with its edges eroding away and losing their perfectly straight lines.

The rectangular iceberg may be small, but it is also part of a bigger story. In July 2017 the nearby Larsen C ice shelf lost an enormous iceberg, leaving it at the smallest extent ever observed. Around Antarctica, other regions have had increasing rates of iceberg production. With so many more icebergs on the move, the chances of seeing more rectangular icebergs in the future may well increase.