Expired News - Honeybee microchips may provide clues to colony collapse - The Weather Network
We use cookies on this site to improve your experience as explained in our Cookie Policy. You can reject cookies by changing your browser settings.   READ MORE I ACCEPT

It sounds like the set up for one of those "Meanwhile in Australia..." jokes, but it's actually legit, and crucial, science: Scientists plan to fit 5,000 honeybees with microchip sensors.

It's not for fun. The aim is to understand bee movement through the environment, and track the effect of pesticides, parasites and the catastrophe-in-the-making Colony Collapse Disorder.

The 2.5 mm by 2.5 mm chips will relay data back to sensors, which will then be scrutinized by researchers.

It's the work of researchers at the Commonwealth Science and Industrial Research Organization (CSIRO), the Australian federal science institute, who have joined forces with beekeepers, fruit growers and the University of Tasmania.

Honeybees are crucial to agriculture and the natural world, due to their role as pollinators.

"Around one third of the food we eat relies on pollination and this is a free service these insects provide," CSIRO researcher Dr. Paulo de Souza said in a statement. "Knowing how bees interact with their environment will allow farmers, fruit growers and seed producers to manage their properties using honey bees to increase productivity."

Aside from their habits, studying the bees could provide insight into Colony Collapse Disorder, whereby bees abandon their hives or die en masse. The disorder was brought into sharp focus last year, when millions of bees were reported to be dying off, baffling researchers and farmers who pointed to a wide range of potential causes.

RELATED: Stories about the bee hive collapse were actually among the most-viewed on our website. Here's the full list of the dozen most popular.

You're probably wondering (as we most certainly did) how they get those microchips on the bees.

It seems they're put into a fridge with temperatures down to around 5°C for a few minutes, enough to cause them to fall asleep. Then they simply remove them, attach the sensors and wait for them to wake up.

Also, it seems some of the younger bees are a bit on the hairy side and need to be shaved first. Imagine the resume of the guy whose job that is.

Apparently, neither the temporary freezing, nor the weight of the sensors, cause any harm to the individual bee.

CSIRO says they plan to produce sensors that are even smaller, about the side of a grain of sand, for similar research involving fruit flies and mosquitoes. 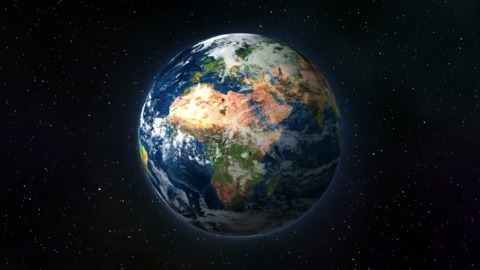