Expired News - Great Lakes ice making comeback after years of low coverage - The Weather Network
We use cookies on this site to improve your experience as explained in our Cookie Policy. You can reject cookies by changing your browser settings.   READ MORE I ACCEPT

Thursday, January 18, 2018, 4:53 PM - There was more ice on the Great Lakes this week than there was at any point during the previous two winters.

The map below shows current ice coverage as of January 18th. This is down just slightly from the previous day due to strong winds reducing the amount of ice on Lake Superior. 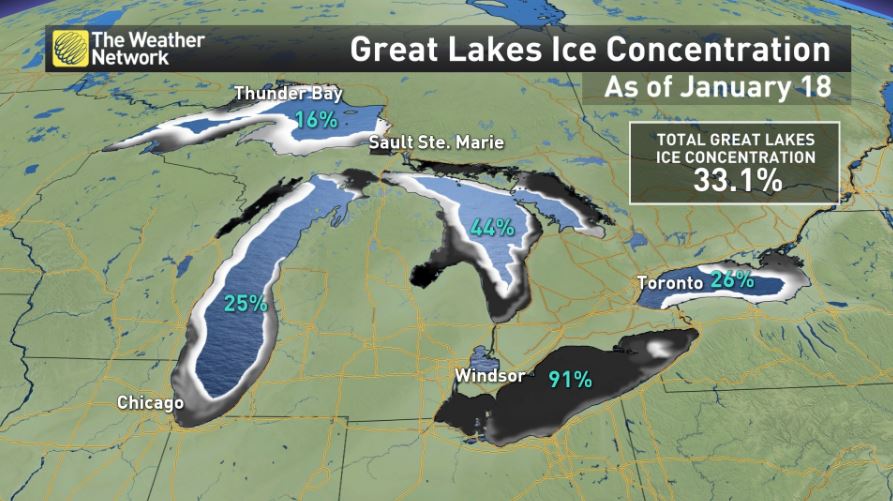 The chart below compares this year to previous years at the same time. The blue bar on the far right is for 2018. 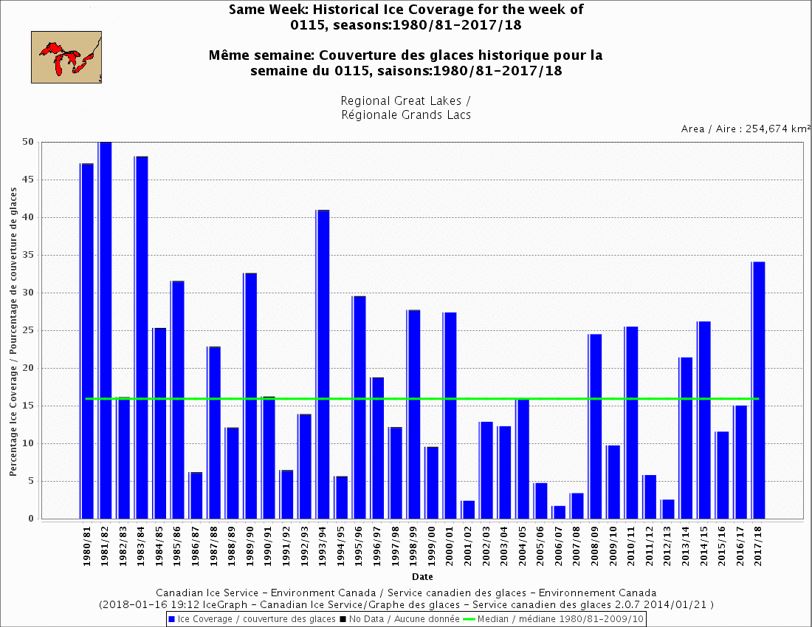 The chart below shows how this winter compares to what we typically see as we progress through the season. The green line shows the average coverage since 1980 for each week of the winter. The blue bars show what has been observed so far during each week.

The current value near 35 per cent is roughly double the long term average value, which is near 17 per cent. 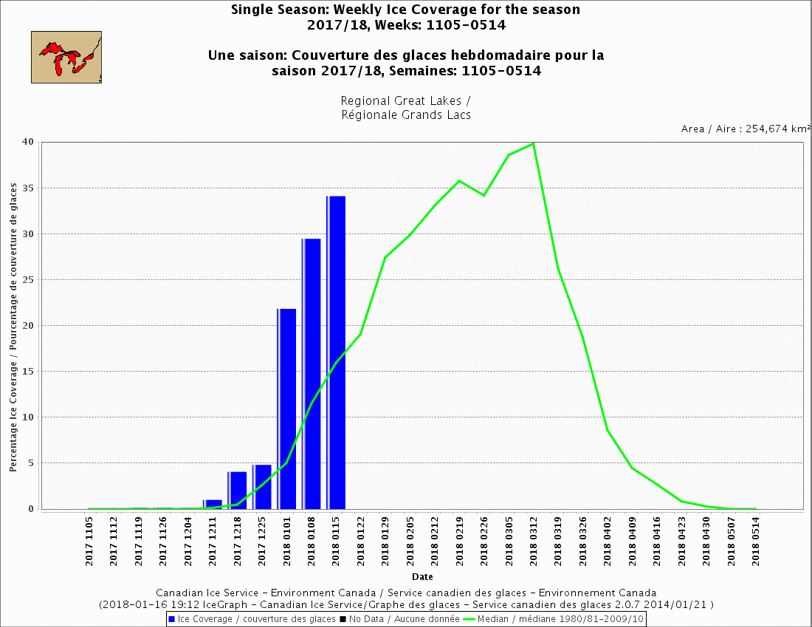 Our current ice coverage is well ahead of 2014 and 2015, which went on to reach over 90 per cent coverage by early March. However, we do not expect the final ice numbers to rival those years by the end of the season.

As we head into late January, typically the coldest time of the year, the Great Lakes region will experience a milder pattern, which will limit the growth of ice during the next two to three weeks. While conditions will still be cold enough at times for ice growth, a couple of systems with strong winds at times will also break up significant amounts of ice.

But, it is also unlikely that we have reached our peak for the season. A more persistently cold pattern is expected to resume around the second week of February and persist deep into March, which will allow significant ice growth again before spring.