Expired News - Foundations are making climate change a bigger priority - The Weather Network
We use cookies on this site to improve your experience as explained in our Cookie Policy. You can reject cookies by changing your browser settings.   READ MORE I ACCEPT

Friday, October 26, 2018, 8:14 PM - Twenty-nine mostly U.S.-based philanthropic institutions, including the John D. and Catherine T. MacArthur Foundation, the David and Lucile Packard Foundation and the William and Flora Hewlett Foundation plan to spend an unprecedented total of US$4 billion over the next five years addressing climate change.

But what exactly can charitable efforts on that scale do to slow the pace of global warming and help people cope with its consequences? Based on my research in disaster preparedness and response, I believe that although philanthropy amounts to only a small part of climate change spending worldwide, givers can make a big difference to those already suffering the consequences.

There are two main priorities for all climate-related spending, no matter the source.

One is forward-looking. It has to do with actions and research that might avert climate change on the most disastrous scale possible.

The other addresses what’s happening now. The effects of a warming world are increasingly becoming a matter of reality, and not just hypothetical concerns about what might occur in the future. There are people who have already lost their homes, livelihoods or loved ones because of the changing climate.

There will be more of them in the years ahead – probably including hundreds of millions of people in countries like Bangladesh who can least cope with the changes. According to the World Bank, climate change and poverty are now so intertwined that they can only be solved together.

Actions to curb climate change may have unintended consequences that hit specific groups of people hardest. Some of the policies and technologies that can help slow down climate change by reducing carbon emissions are bound to create a few losers even if the winners are far more numerous. 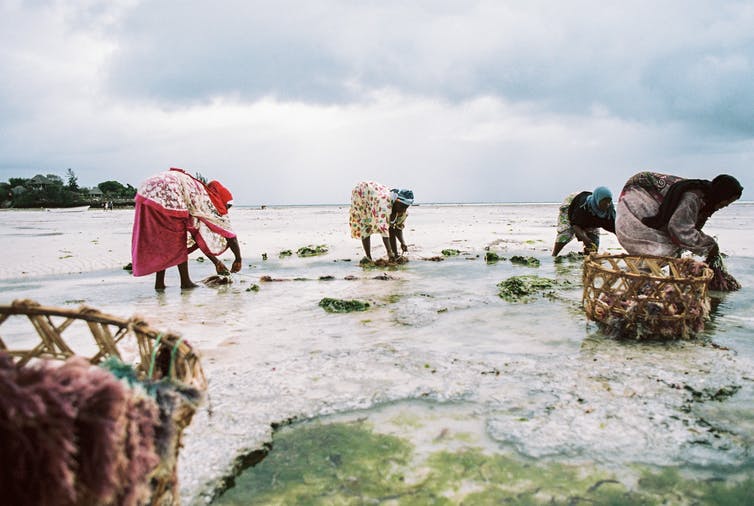 Climate philanthropy may be ramping up, but it isn’t new. Donors and foundations have been playing a role in the fight against climate change for decades, albeit on a smaller scale.

Some of the foundations engaged in climate philanthropy spend significant sums on efforts to increase public awareness of the problem, sometimes through media coverage of global warming and helping develop better policies, such as the climate bill that cleared the House of Representatives – but not the Senate – during the Obama administration. There are foundations backing efforts to make the economy more equitable while it becomes less fossil-fueled as well.

In some cases, philanthropic dollars flow toward developing better technologies that might lower the impact of humans on the climate but are not getting enough funding from other sources such as the Gates Foundation’s grants to develop technology to lift subsistence farmers out of poverty, which is one of the groups most vulnerable to climate change.

And dozens of foundations have declared that they will no longer invest any money from their endowments in companies that extract or produce oil, gas and coal. By refusing to own stocks and bonds in those industries, they are encouraging big corporations to reduce the greenhouse gas emissions that stoke global warming.

Even so, charitable donations constitute a small share of the private-sector money addressing global warming. Donors can and do, for example, simply invest in companies that are deploying solar power or offshore wind turbines.


Over the next year, I will be writing a lot about the effort to stop climate change. If you’re interested in a first look at what I’m reading and learning, join the Gates Notes community: https://t.co/h7yN0MoKF4 pic.twitter.com/N893OYdNyz

Indeed, the costs of wind power and solar energy have fallen sharply over the past decade, making them far more competitive and sparking swift growth in the amount of power derived from renewable sources around the world and especially in China, according to the International Renewable Energy Agency, an intergovernmental organization that tracks this data.

And many donors support political candidates who pledge to take action on climate change – as the billionaire Tom Steyer and his wife Kathryn Taylor regularly do in addition to their climate-inspired giving.

How significant has climate giving become? While $4 billion may sound like a lot of money, it still represents a small fraction of 1 percent of the $410 billion U.S. individuals, estates, corporations and foundations gave in 2017 to nonprofits, faith-based organizations and other charities, according to the Giving USA 2018 report. More than half of this giving supports religious activities, education, social services, health care and medical research.

Even though climate change by most accounts is the greatest threat to human health, philanthropy also still accounts for only a small percentage of all grants from the nation’s foundations, which disbursed nearly $67 billion in 2017.

Worldwide, spending on climate change, coincidentally, also amounts to about $410 billion a year, from governments, businesses and charities.

Philanthropy also contributes only a sliver of this climate change funding coming from all sources. Governments, even after the U.S. backed out of its commitments under the Paris climate deal, are by far the largest source.

The European Union alone provided $23 billion to developing countries in 2016 to combat climate change, and it plans to spend at least a full 20 percent of its budget on climate change in the future, which comes to nearly $37 billion each year by 2020. Many intergovernmental financial institutions, such as the African Development Bank, also support the use of green energy technology in low-income countries.

That does not mean climate giving is insignificant. It does mean, I believe, that philanthropists must carefully target their relatively modest grants and investments to maximize their impact.

Rather than adding a few billion dollars into the total pool of climate funding, philanthropists can heavily fund a few specific areas that are often neglected. The biggest difference climate philanthropy can make, in my view, is by helping the most vulnerable people around the world cope with climate change.

That is how the Bill and Melinda Gates Foundation, which does not rank among the leaders in climate-related giving, is proceeding. It sat out of the $4 billion collective philanthropic pledge but it is making grants to help farmers with small plots of land in the poorest countries like Tanzania and Niger cope with “diseases, pests and drought from a changing climate.”

Editor’s note: The Gates Foundation is a funder of The Conversation Media Group.

This article is republished from The Conversation under a Creative Commons license and written by Morten Wendelbo. Read the original article.