Expired News - For Science: Is Pluto a planet? - The Weather Network
We use cookies on this site to improve your experience as explained in our Cookie Policy. You can reject cookies by changing your browser settings.   READ MORE I ACCEPT

News
Editor's Choice
Canada's Winter Forecast: Your next 3 months of weather!
Details on its make up pour in from New Horizons, and the debate over its status heats up. So, yes or no?

For Science: Is Pluto a planet?

Monday, July 20, 2015, 5:22 PM - The debate has been going on for nearly nine years now, but with the latest images coming in from New Horizons, will Pluto regain its planetary status?

On August 24, 2006, roughly eight months after the launch of the New Horizons spacecraft, the International Astronomical Union voted on a final way to define the objects in our solar system.

The definitions they reached are:

By this definition, Mercury, Venus, Earth, Mars, Jupiter, Saturn, Uranus and Neptune are planets. Objects like Pluto, Ceres, Eris, Makemake and Haumea are planetary mass objects (PMO) - large enough for hydrostatic equilibrium, but not big enough to be a star - but they are still considered dwarf planets.

Now that New Horizons has actually flown past Pluto, and has provided us with amazing images of the planet and its moons, can we give it back its status as a planet?

By the IAU definition, they do give some leeway for dwarf planets, to "assign borderline objects into either dwarf planet and other categories." However, this leeway has to do with the object's shape, while Pluto's demotion was about part (c) of the definition - it hadn't "cleared the neighbourhood around its orbit."

What does this mean?

Basically, in addition to being massive enough to crunch itself down into a spherical object, the body has to be large enough, compared to everything else that's around its orbit, that it dominates its region of space. Any other large objects have either been incorporated into it (through impacts) or have been thrown clear of the orbit (by near-impacts).

In Pluto's case, not only are there numerous large objects in the Kuiper Belt - the band of icy comets that lies beyond the orbit of Neptune - but Pluto actually shares the same neighbourhood with Neptune itself for a few decades of its orbit. 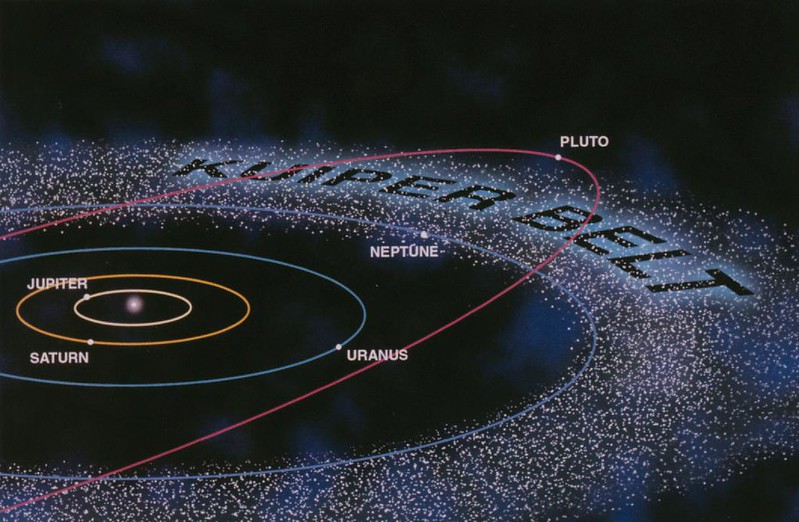 Despite this, there's a growing movement to change the definition, so that Pluto can, once again, be considered a planet.

There are reasons such as nostalgia, and now seeing Pluto close up (and closer than we've seen either Uranus or Neptune), however just focusing on the rules and the object itself might be enough.

Although Pluto does cross inside the orbit of Neptune, the closest those two bodies come to one another is 18 astronomical units - around 2.7 billion kilometres. It's a weak case, admittedly, but it's hard to imagine Pluto and Neptune being in the same neighbourhood when their closest approach to each other is farther away than Earth and Uranus are at their closest approach.

Coupled with this, an alternate definition that was proposed at the time - one written by astronomer Julio Ángel Fernández - may rescue Pluto.

According to Fernández, planet is a "celestial body that (a) is by far the largest object in its local population, (b) has sufficient mass for its self-gravity to overcome rigid body forces so that it assumes a hydrostatic equilibrium (nearly round) shape, (c) does not produce energy by any nuclear fusion mechanism. If we take this as our definition instead, it does not change Pluto's status - at least not on its own. However, Pluto and Charon are the perfect example of a binary planet - two planetary mass objects that both orbit around a common point in space that lies outside both their surfaces. For most systems, the Earth and the Moon for example, this common point, known as the barycenter, lies inside the larger object. For Pluto and Charon, though, their barycenter is less than 1,000 km above the surface of Pluto. 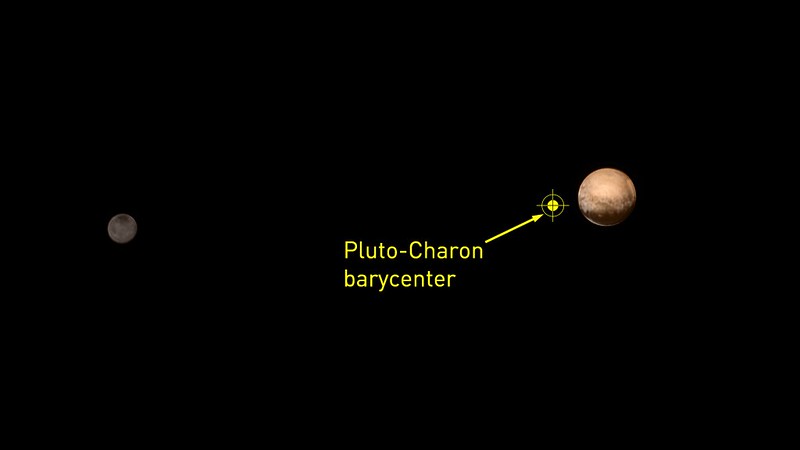 Credit: NASA/JHUAPL/SWRI with edits by author

With Pluto and Charon together, as a binary planet rather than a planet and its moon, the two certainly count as larger than any of the other Kuiper Belt objects, and could join the other major planets of the solar system.

Do you have other reasons for Pluto regaining its planetary status? Do you think it should remain a dwarf planet? Tell us what you think in the comments below, and if you'd like to have the IAU redefine Pluto, consider signing the new petition at Change.org.