Expired News - How did 'The Martian' do on the science of Mars weather? - The Weather Network
We use cookies on this site to improve your experience as explained in our Cookie Policy. You can reject cookies by changing your browser settings.   READ MORE I ACCEPT

News
Editor's Choice
Canada's 2022/23 Winter Forecast revealed, here
In 'The Martian', fictional NASA astronaut Mark Watney scienced the you-know-what out of Mars survival, but how did the movie do on Mars weather? Find out in this week's episode of For Science!
OUT OF THIS WORLD | For Science!

How did 'The Martian' do on the science of Mars weather?

Monday, October 5, 2015, 2:52 PM - In The Martian, fictional NASA astronaut Mark Watney scienced the you-know-what out of Mars survival, but how did the movie do on Mars weather? Find out in this week's episode of For Science!

SPOILER ALERT: If you have not watched the movie or read the book yet (please go do one or both! They are incredibly entertaining!), this article will contain spoilers. Nothing that will ruin the movie, but spoilers, nonetheless.

In both the book and the movie, The Martian is the ultimate science survival guide for getting stuck on the planet Mars. Throughout the sci-fi adventure, the protagonist learns to grow the first Martian crops, produce water from rocket fuel and basically "science" his way out of several instances that should have killed him.

Praised for the accuracy of the science throughout the story, how did it do on Martian weather? 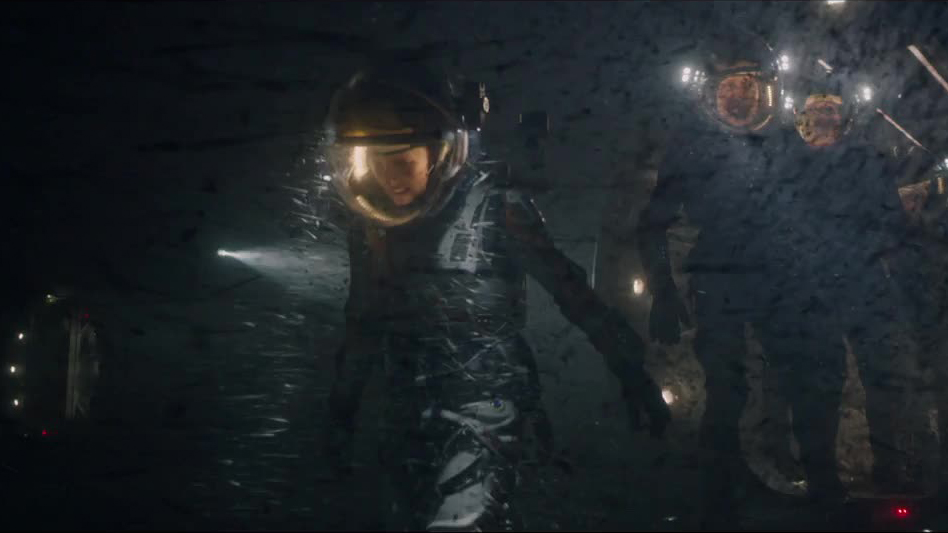 The Ares 3 team makes their way through a sand storm as they scrub their mission on Mars.
Courtesy: 20th Century Fox

Mark Watney is stranded on Mars when the team he is on is forced to scrub the mission due to an incoming storm. During this storm, winds blow so strongly that sand and debris pelt the habitat and the astronauts as they attempt to escape, and gusts almost tip their MAV - Mars Ascent Vehicle - before liftoff. The winds are also strong enough to rip a communications disk from the habitat, which strikes Mark, knocking him far away from the team and knocking him out in the process. So, how accurate is this depiction of Mars weather?

Winds can definitely blow pretty fast on Mars. Average wind speeds measured by the Viking landers, back in the 1970s, were about 30 kilometres per hour, and maxed out around 100 kph. Missions like the Mars Reconnaissance Orbiter (MRO) have detected winds that go even faster, surpassing the threshold for a Category 1 hurricane back here on Earth.

Despite that, though, if you were caught in one of these gusts, you'd just feel it pass by as a breeze.

The fact is that while Mars winds can build up significant speed, the atmosphere is so thin - 0.6 per cent of Earth's atmosphere - that even the fastest winds there carry very little force with them. With the density of Mars' surface air, a 120 km/h wind gust would have the same "push" as a 13 km/h wind here on Earth, which is considered a "gentle breeze" by meteorological standards. The strongest of these winds are enough to cause dust storms, and some that can reach global scale, but they wouldn't cause the storm witnessed in the movie.

Still, MRO has seen evidence of shifting sand dunes, which move at a fairly quick pace. This likely has to do, partly, with Mars' low gravity (about 1/3 Earth's gravity), but stronger winds would be needed as well. So winds probably blow even faster there at times. Lofting sand into a storm would certainly increase the force exerted by it, as the sand buffeted anything in the storm's path, but it's still not likely to cause the effects seen in the movie.

Viewed from afar, the sand storm that maroons Watney shows flashes of lightning at its perimeter, and he sees more lightning in sand storms further along in the story. 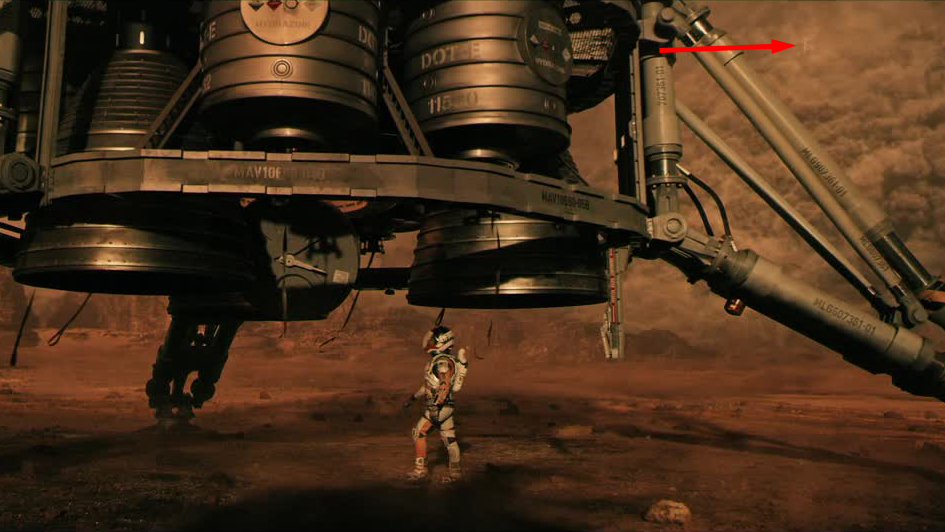 A flash of lightning is spotted as a vast dust storm approaches the Ares 3 landing site.
Courtesy: 20th Century Fox

Based on the tiny amount of water there is in Mars' atmosphere, you'd never see a thunderstorm there - at least not like you would here on Earth. Lightning, however, has been detected, and is probably fairly common in dust storms.

Lightning here on Earth is typically caused by water droplets brushing past each other as they swirl around in a thunderstorm. Some molecules give up electrons while others gather them and a large charge separation develops inside the cloud.

The same thing happens on Mars, except it's the dust particles exchanging electrons to build up the charge difference in the cloud, which then equalizes by producing a flash of lightning. Even with the lightning going off, you probably wouldn't hear thunder on Mars, unless you were right next to where the flash went off. This is because the atmosphere is so thin that sound is only carried a very short distance.

Watch the movie and you'll be treated to incredible Mars vistas, including a glimpse of towering twisters in the distance as Mark Watney travels across the rugged terrain.

This is absolutely true. Dust devils happen all the time, and on multiple scales. The images below show animations snapped by the Mars Spirit rover, revealing smaller dust devils in action.

These smaller dust devils are seen whirling about during Watney's travels, but there's one flaw with the view of the towering twisters, as they appear to be hanging down to Earth from the bottoms of clouds, as you'd expect to see with tornadoes here on Earth.

Clouds do form on Mars, however they tend to be very thin and wispy. Martian dust devils do just fine without clouds, though, since they form from the ground up.

Due to Mars' thin atmosphere, sunlight warms the surface very quickly. As this heat is rapidly transferred to the air near the ground, that air rises quickly, with cooler air rushing in to fill the void. This sets up these dusty twisters, which can travel for some distance across the surface. Some of these can grow immense, reaching up to 20 kilometres up into the sky.

So, while the tall dust devils seen in the movie are possible, you'd only see thicker clouds along with them if they were associated with a passing dust storm.

Overall, how did The Martian do on Mars weather?

Andy Weir, the author of The Martian, has admitted that he went more with drama than science on the storm that touched off the story. Given what a great story it is, perhaps we can allow him that dramatic license without any particularly harsh judgment. That said, with the shifting of Martian sand dunes, and the abundant evidence of geological features that have been worn down by winds (such as Aeolis Mons, aka "Mount Sharp", where Curiosity is currently roving), it's possible that we don't have all the information yet on just how fast Mars winds can blow in different regions of the planet, and how much force might be behind a true Martian sand storm.

Beyond that, there is definitely some solid science behind the other Mars weather phenomena featured in the story, and both the movie and the book can be thoroughly enjoyed for the incredible tale of survival that they tell.