Expired News - Science of Santa: Here's how he delivers every year - The Weather Network
We use cookies on this site to improve your experience as explained in our Cookie Policy. You can reject cookies by changing your browser settings.   READ MORE I ACCEPT

News
Editor's Choice
5 fun winter products your kids will love
The REAL science of Santa, it can't get any more logical than this

Science of Santa: Here's how he delivers every year

Visit this Best of the Holidays Guide to the Season for shopping tips, the science of Santa and more.

Saturday, December 24, 2016, 9:22 AM - In today's growing and increasingly-technological society, how might Santa Claus put science and technology to use for his trip around the world on Christmas Eve? Find out on this episode of For Science!

Santa is said to use the magic of Christmas spirit to get presents to all the children of the world, but as the great science fiction writer Arthur C. Clarke once said: "Any sufficiently advanced technology is indistinguishable from magic..."

So, what kinds of technology could Santa be putting to use for his trip around the world on Christmas Eve?

HOLIDAYS 101: Last minute shopping guide, Santa science and the POPULAR 'most-Christmassy' place in Canada reveal. All part of the | BEST OF HOLIDAYS GUIDE

First off, Santa's job has become much harder as the years have progressed. Right now, there's around to 7.5 billion people on the planet, and Christmas presents now include some pretty advanced electronics.

To keep up with the times, producing all the components of the gadgets that are going under the tree, while still making all the dolls, games and other toys, Santa's workshop could now have row upon row of 3D printers, churning out whatever the elves needed, in whatever colour and even out of pretty much any material, that was needed. To deliver all those presents, if Santa flew his sleigh at the average cruising altitude and speed of a jetliner, it would take him nearly two days to make it all the way around the Earth. Even taking advantage of time zones, it would be difficult for him to get the whole job done in one night.

Now, if he went a quite bit higher, though, say around 120 kilometres above the surface, and performed sub-orbital flights at the edge of space, he could fly at much faster speeds. Then, by setting his flight path starting at the international date line, he could fly from his workshop at the north pole, straight south to the south pole, then turns around and flies straight back north to his workshop in the next time zone, he could continuing this route, time-zone by time-zone, all the way around the planet. 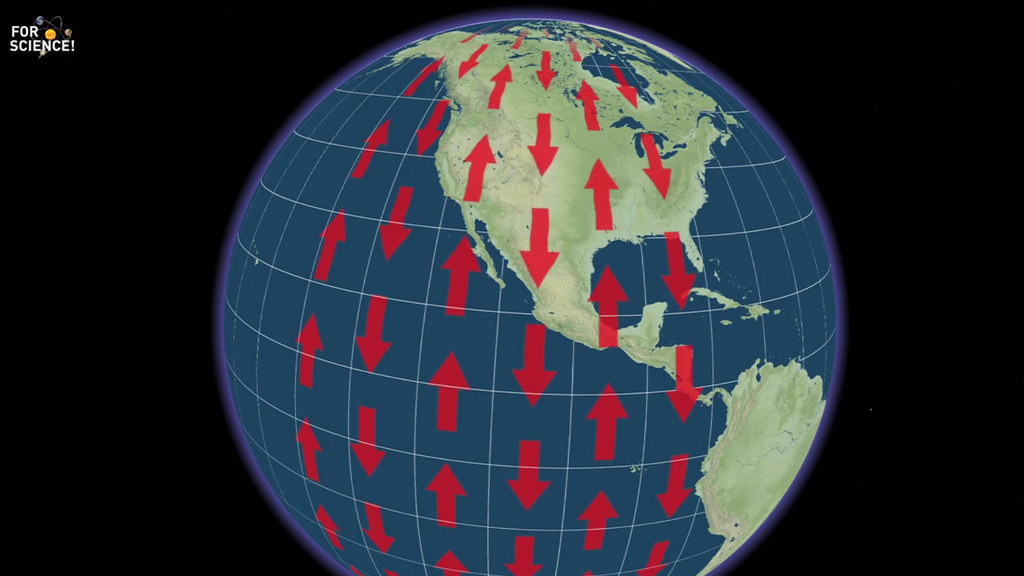 Each round trip would take less than 90 minutes, and Santa could have the presents under the tree at roughly the same local time for each time zone, even with some time to spare for taking a break, or for adjusting to any last-minute changes to his naughty and nice list - which he would check using satellite communications, of course.

Okay, but being 120 kilometres above the surface of the planet, he'd be out in space, so how would he survive? Well, that bright red suit he wears certainly keeps him warm, but who's to say it couldn't be a space suit as well? 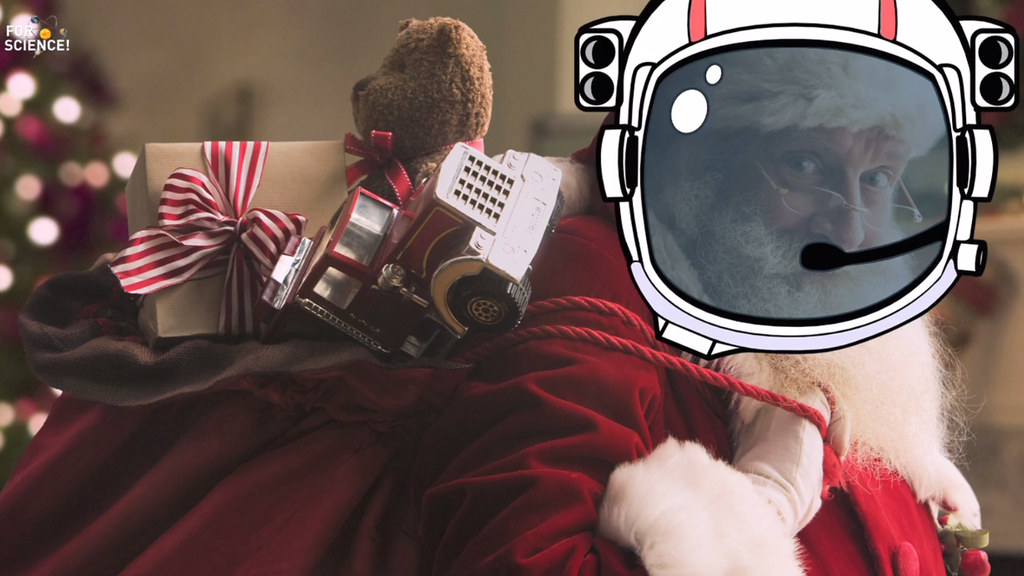 The suits astronauts use when going out for extra-vehicular activity (EVA) are white, to prevent them from overheating in direct sunlight, however since Santa would be flying on the night side, he could stick with the tradition red for his suit.

And what about getting the presents under the tree from way up there?

Well, Santa could use quantum teleportation!

Now, it's been said in the past that quantum teleportation is probably a really bad idea when it comes to sending people, especially for the person who steps onto the transmitting pad.

For inanimate objects, however, this method of travel is just fine, since there's no nasty problem of "perspective" to deal with. Santa could materialize presents under the tree of every home, fully wrapped and labelled, out of thin air, and would only need to make personalized trips down the chimney to deliver special gifts, such as a new family pet or some other unique object that requires special care and attention. Scientists have reached up to 143 kilometres away with quantum teleportation, so Santa could easily get everything down to the ground all along his route, and even beam back the cookies and milk for an on-the-job snack.

Now, does any of this diminish what Santa accomplishes every Christmas Eve?

Simply keeping up with the times, the growth in population up above 7 billion people and changes in technology is one thing, but the science and technology represented here - although they are becoming more common - are still pretty fantastic!

Merry Christmas and Happy Holidays, everyone!