Expired News - Experts: Canada's cellphone system vulnerable in disasters - The Weather Network
We use cookies on this site to improve your experience as explained in our Cookie Policy. You can reject cookies by changing your browser settings.   READ MORE I ACCEPT

Sunday, September 30, 2018, 4:13 PM - Advocates are calling for the federal government to examine the reliability of Canada's cellphone services during emergencies after tornadoes swept through the Ottawa area last week leaving thousands with little or no cellphone service.

John Lawford, executive director of the Public Interest Advocacy Centre, said Canada's communications systems are more vulnerable than they were in the past, as consumers and phone companies move away from traditional landlines which have their own, independent, power supply.

Lawford said there are currently no regulations setting standards for how long Canada's cellphone systems should be able to operate in an emergency.

That's something the government should consider, he said.

"It's probably a good idea for the CRTC, who is the primary regulator, or Public Safety to get this back on the public agenda because there are, at the moment, no requirements for any of the companies to do better than best efforts." 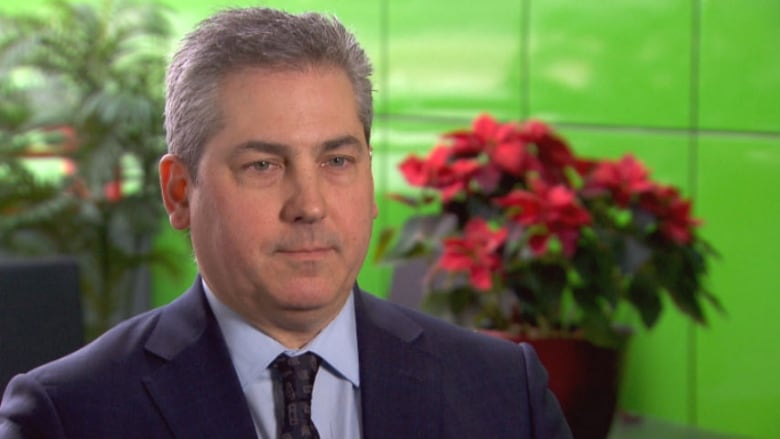 Questions about the reliability of Canada's cellphone systems in an emergency come after tornadoes touched down in the Ottawa-Gatineau area on Sept. 21. One tornado hit an electrical substation and high winds downed power lines, knocking out electricity to an estimated 170,000 customers.

As the electrical outage dragged into the following day, many Ottawa-area residents — even those who had managed to keep their phones charged — found their cellphone service slowed to a crawl, with signal strength at only one bar or no service at all.

Among those left struggling to communicate was Ottawa city manager Steve Kanellakos.

"I had to leave my house and drive into town until I found a couple of bars so I could communicate with my emergency operations centre," he told Ottawa city council last week.

"I was sitting in my car in my pyjamas." 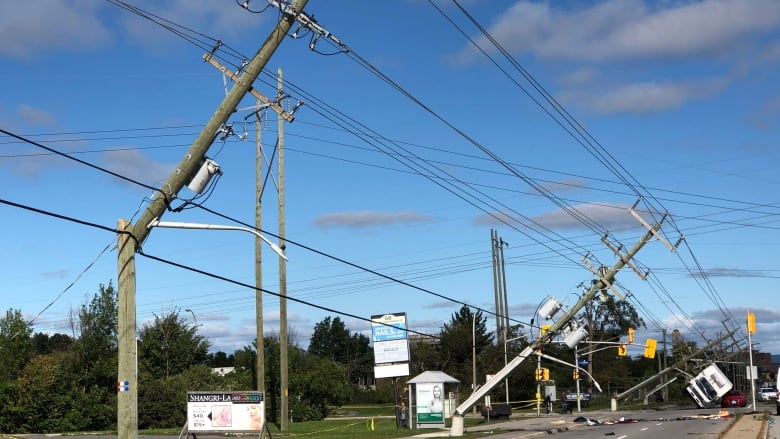 When tornadoes knocked out the Ottawa-area's electrical grid for hours, it also affected cellphone service for thousands of city residents. (Leah Hansen/CBC)

Claude D'Amours, professor of electrical engineering at the University of Ottawa, said cellphone systems rely on the electrical grid.

"When the power goes out they have to switch the base stations to their backup power, which are batteries, maybe some generators, but generally batteries. Those batteries have a finite life, like any battery, like your cellphone battery. And without the grid to recharge those batteries, well, they're going to run out."

Researchers at Simon Fraser University in British Columbia have found most backup batteries will only last for a few hours in a power outage, depending on the amount of traffic the system has to handle.

"You would expect two hours to four hours" from standard batteries, said computer science professor Jiangchuan Liu. "Sometimes they have large capacity batteries and they have 16 hours or 24 hours."

"In the critical areas they may even have diesel generators."

(READ MORE: What you need to know about staying safe during tornadoes)

Tim Denton, a former CRTC commissioner who headed a study into Canada's 9-1-1 system, said "somebody has got to be concerned" about the vulnerability of the cellphone network.

"My information is simply that everything is extremely vulnerable to electrical breakdown. That batteries have a fixed life. That they could, with greater expense, be made to last longer but that our extreme vulnerability arises because of a dependence on communications and electricity to sustain that."

"We got off lightly. Battery power is something that really should be investigated, along with probably some other issues." 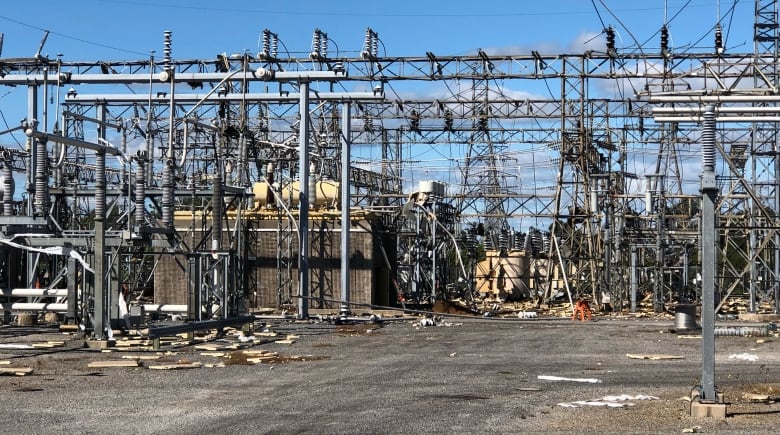 The Merivale Transformer Station was severely damaged by a tornado that touched down in Ottawa on Sept. 21, 2018. (Leah Hansen/CBC)

Patricia Valladao, spokeswoman for the CRTC, said Canada's 9-1-1 networks are "reliable and resistant," but urged Ottawa-area residents to contact the commission if they had any problems contacting 9-1-1 call centres using their cellphones.

Innovation, Science and Economic Development Canada, which is responsible for emergency telecommunications, referred all questions to Canada's telecom companies.

Telecom companies defended the performance of their wireless systems during the blackout.

At Telus, Tony Buu, director mobility network and technology strategy for Eastern Canada, said its network uses a combination of generators and backup batteries that can last between four and 10 hours.

"Our critical sites are all equipped with generators, fixed generators, which allow it to not be impacted by any power outage."

In addition Telus activated its emergency plan and deployed more than 30 mobile generators, he said.

"I'm sure that a lot of cellphone batteries drained before the signal went away."

When asked why its network doesn't use backup batteries that last longer, Buu said the existing batteries can handle most outages.

"We understand how long a power outage normally lasts. Our sites are resilient enough to be able to adapt to those cases. There's always extreme situations like the one in Ottawa that goes beyond the normal outage that we see on the electrical grid."

Buu said Telus plans to increase the number of cell towers to provide more overlapping coverage and will be assessing its plan for basic coverage.

Marie-Eve Francoeur, spokeswoman for Bell, said an increase in traffic "may have impacted capacity at certain times over the weekend, but the Bell wireless network delivered consistent connectivity."

"Bell's wireline and wireless networks are equipped with extensive emergency backup power supplies in the event of power outages. Our teams have been on the ground around the clock since the tornadoes struck in Ottawa and Gatineau on Friday, ensuring our central offices and wireless sites remained with power." 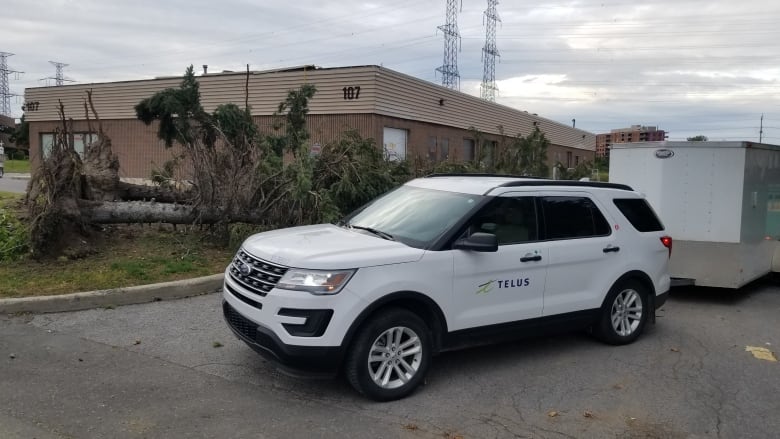 Michelle Kelly, spokeswoman for Rogers Communications, said the company has backup batteries "which have a longer life than average," although she would not say how many hours they last.

"Each site is designed for backup in the event of a disruption or natural disaster, and battery life varies based on the remoteness and critical nature of the site.

During the Ottawa outage, Kelly said Rogers used a combination of backup batteries, permanent generators and almost 60 portable generators to power its network.

Meanwhile, Ottawa's city manager said his officials will examine ways to ensure they can communicate with the public and each other in an emergency, such as creating its own cellphone network the way the military does with portable cellphone towers.

"We have workarounds," Kanellakos told reporters. "We have been talking about that, but I think that has to be accelerated."

Elizabeth Thompson can be reached at elizabeth.thompson@cbc.ca

VIDEO: WHAT YOU NEED TO PREPARE FOR A HURRICANE