Expired News - Eagle set free after being found tangled in a fishing line - The Weather Network
We use cookies on this site to improve your experience as explained in our Cookie Policy. You can reject cookies by changing your browser settings.   READ MORE I ACCEPT

Eagle set free after being found tangled in a fishing line 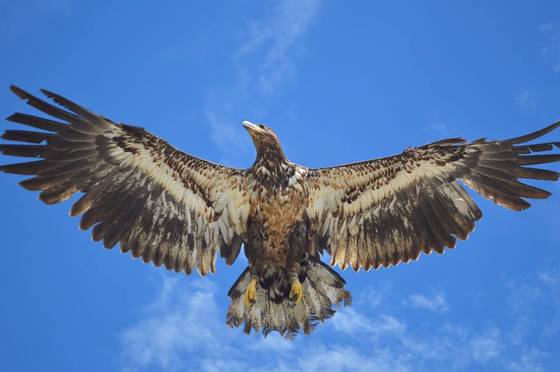 Sunday, June 19, 2016, 3:58 PM - A two-year-old bald eagle was set free by a group from the Prairie Wildlife Rehabilitation Centre (PWRC) in Manitoba on Saturday, following weeks of successful rehabilitation.

The eagle had been rescued on May 27 after being found wrapped in a fishing net, along the banks of Red River in Middlechurch, Man., CBC reports.

After spending a few weeks at the rehabilitation centre, the bird was deemed healthy and strong enough to be released.

Lisa Tretiak, president of PWRC, led an audience through the process of releasing the bird.

The PWRC used the release ceremony as an opportunity to educate the public about the risks that fishing lines, hooks and garbage present to wildlife. 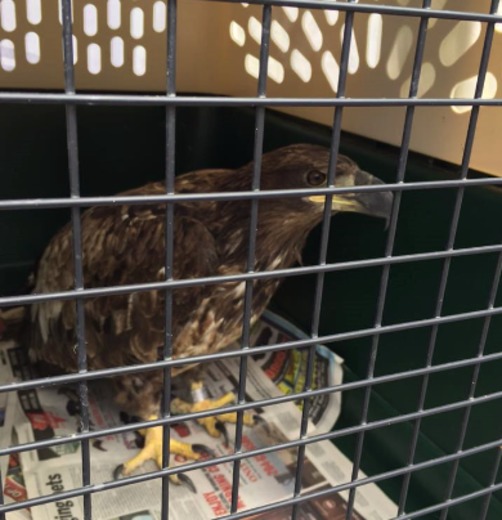 "We just really want to encourage people to really clean up after themselves and to show that we've helped this animal go back into the wild," Tretiak told CBC.

"It's really important to not release things into the environment unless [they] can break down fairly quickly.”

Although a bit hesitant at first and after a bit of encouragement from staff, the eagle eventually spread its wings and took off into the air.

Tretiak believes the eagle will have no problem adjusting to flying again.