Expired News - Mars Curiosity rover logs milestone 2000th Martian day - The Weather Network
We use cookies on this site to improve your experience as explained in our Cookie Policy. You can reject cookies by changing your browser settings.   READ MORE I ACCEPT

Early in the morning on August 6, 2012, NASA's Mars Science Laboratory, the space agency's newest and most advanced robotic rover at the time, touched down on the surface of the planet Mars. That auspicious date was marked as "Sol 0" in the rover's databanks, to denote the start of its multi-year mission. One 'Sol' is one martian day, which is 37 minutes longer than a day on Earth.

As of March 22, 2018, Curiosity has spent 5 years, 7 months and 16 days on the Red Planet, making numerous discoveries as it explores Gale Crater, and Mount Sharp, the layered mountain that lies near the centre of the crater; a total of 2054 Earth days. In Martian time, however, that equates to 2000 Sols!

RELATED: Canada as cold as Mars? Is this for real? Well, yes, and no

Images taken by the rover on Sol 1999, on the night of March 21 in the Eastern Time Zone here on Earth, showed off rocks, and sand, and dust. Pretty standard for Curiosity, really, but it also captured some of its own tracks in the dirt, the slopes of Mt Sharp, the mountains that ring the edge of Gale Crater, and its own nameplate (for image calibration). 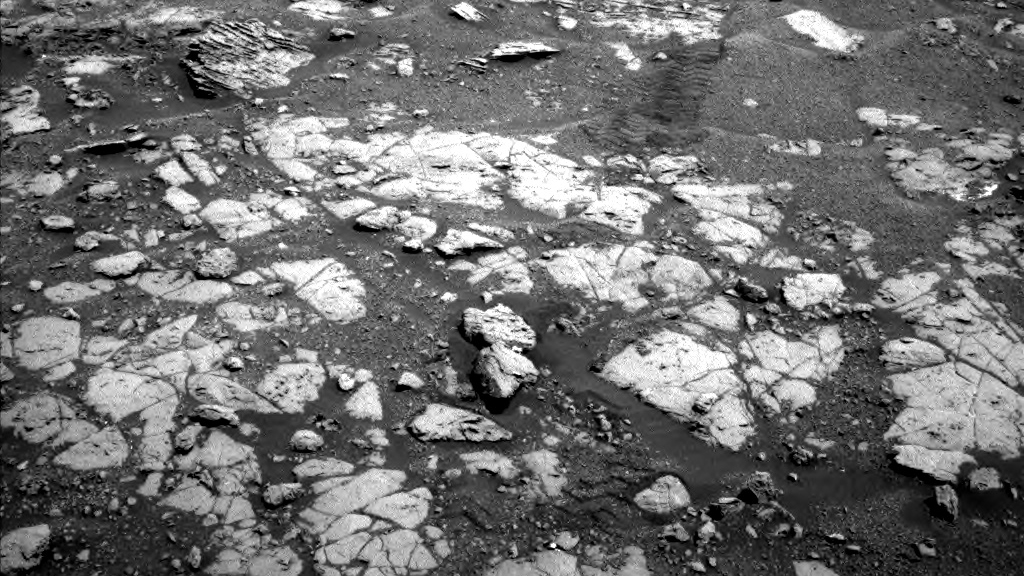 A raw, unprocessed image of the surface of Mars, taken by Curiosity on Sol 1999. Note the rover's tracks, left of centre. Credit: NASA/JPL-Caltech 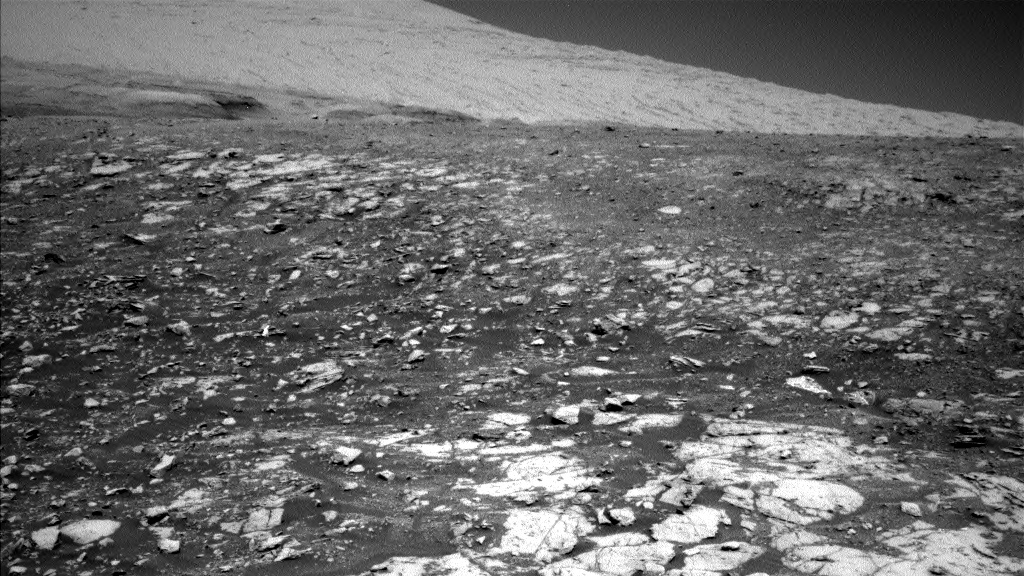 The slopes of Mount Sharp, formally known as Aeolis Mons, on Mars, in a raw image taken by Curiosity on Sol 1999. In the foreground, darker material, peppered with lighter coloured rocks. In the background, steeper slopes of the mountain, better illuminated by the Sun. Credit: NASA/JPL-Caltech 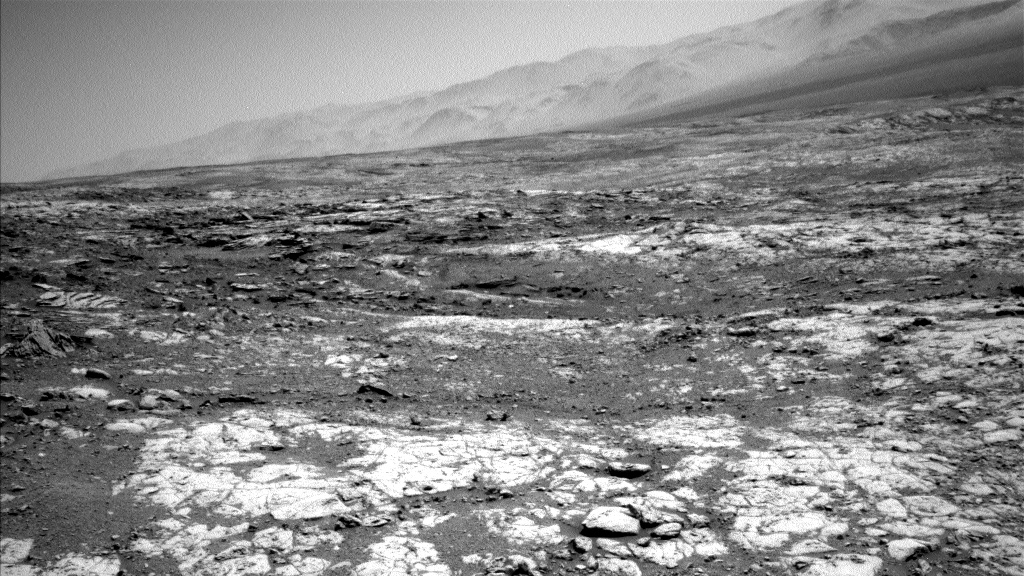 The tall mountains that ring Gale Crater are visible along the top of this raw image, taken on Sol 1999. Even at a distance, their detail is amazing. Credit: NASA/JPL-Caltech 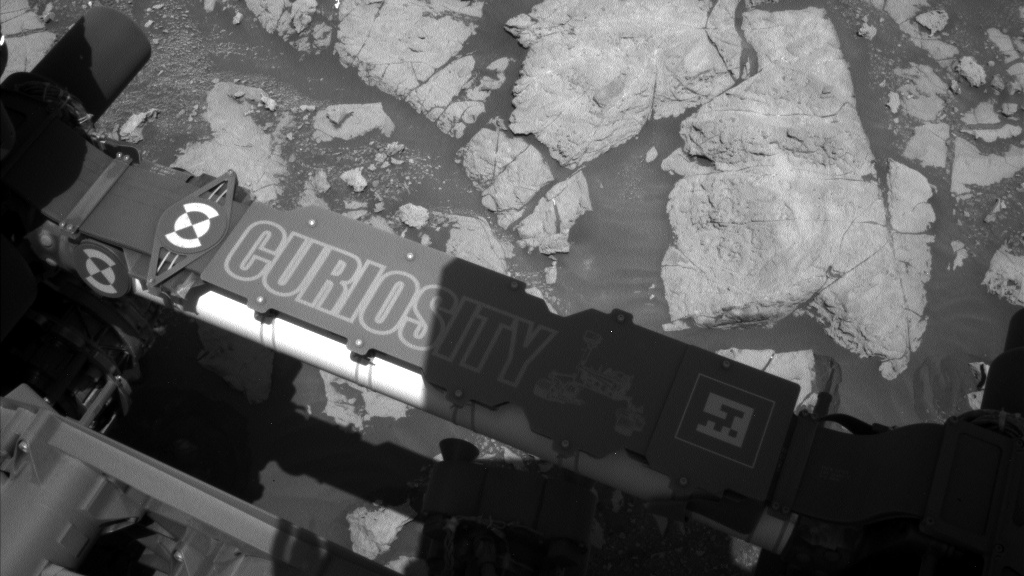 Curiosity's nameplate. This view gives the scientists here on Earth a way to calibrate the raw images. Credit: NASA/JPL-Caltech

Last month, NASA's Opportunity rover gave us a surprise for its 5000th Sol, in the form of a the very first selfie image the robot has ever taken, despite its 14+ years on the planet!

Update:  Well, on Sol 2000, it seems that Curiosity stuck to the science, using its MAHLI camera to snap close-up images of the surface of a nearby rock, rather than use it to take a fresh selfie. That's fair, considering that the rover was sent to Mars to work.

Here's some of the results from the day. 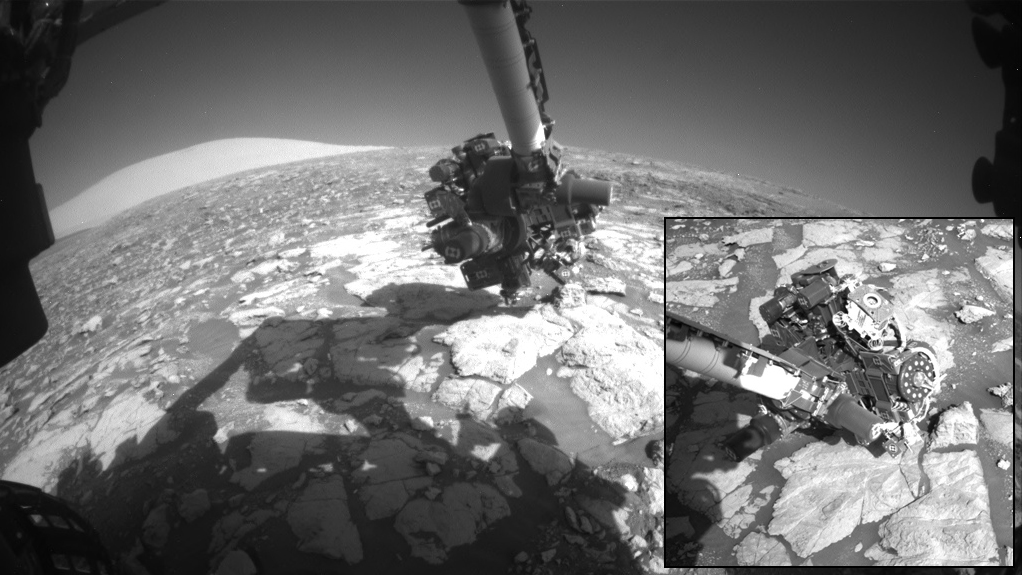 A 'fisheye' view from the front hazard avoidance cameras, showing Curiosity's arm and instrument cluster, which includes the Mars Hand Lens Imager (MAHLI). Inset is a zoomed in view, taken from a different angle by the rover's right Navcam. Image Credits: NASA/JPL-Caltech

What was Curiosity looking at? A small crack in the rock, which appears to have a layer of minerals embedded in it. Check out the close-up views in the video below.


So, we didn't get anything super-special from Curiosity on Sol 2000 (although some scientsts may be very interested in what that rock fissure held!).

If you want to be wow'd, though, watch the video below, to see the stunning panorama the rover shot recently, during a particularly clear day on Mars.


What's next for the rover? According to NASA, its next stop is going to be a nearby claybed, which was identified using data from orbiting satellites. 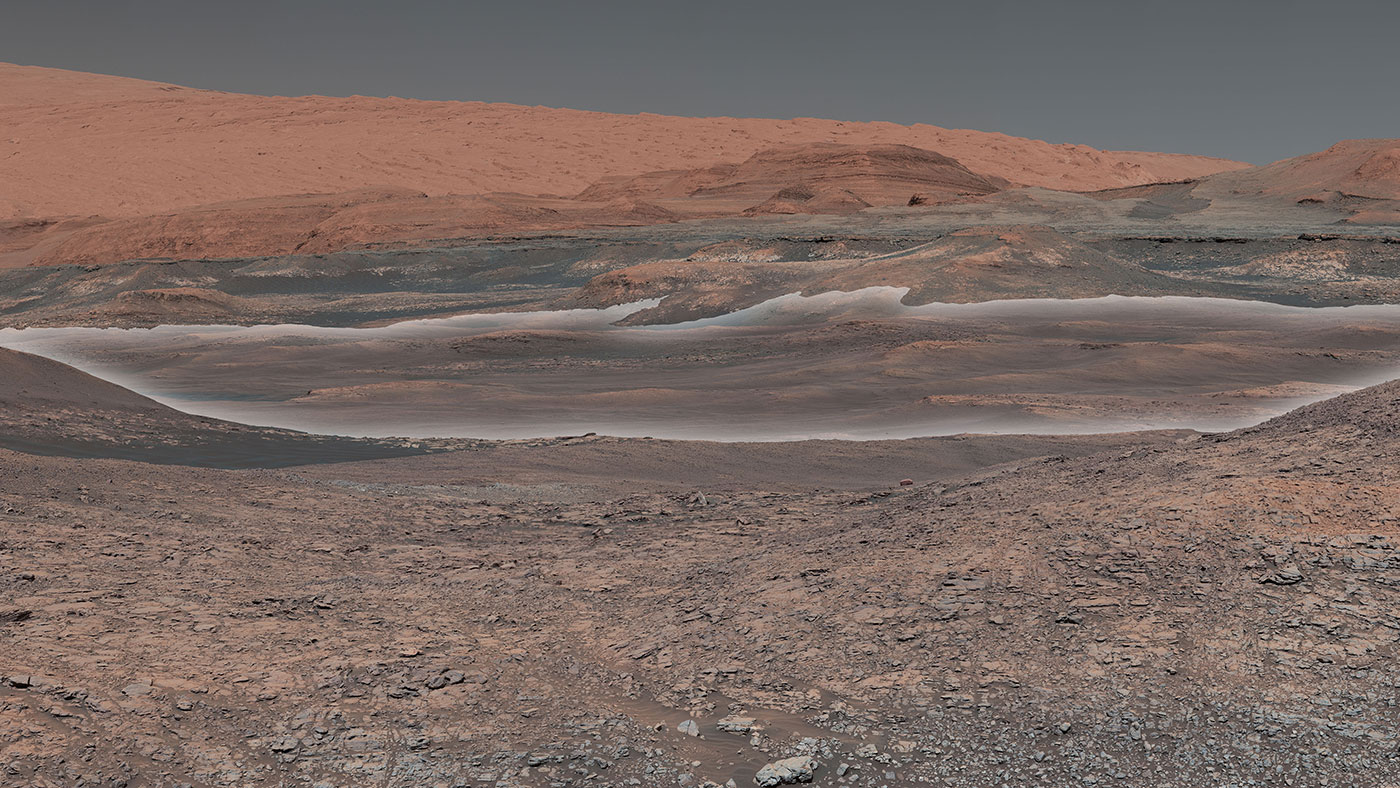 This mosaic, composed of images taken by Curiosity's Mastcam on Sol 1931, in January 2018, looks uphill at Mount Sharp. Highlighted in white is an area with clay-bearing rocks that scientists are eager to explore; it could shed additional light on the role of water in creating Mount Sharp. Credit: NASA/JPL-Caltech/MSSS

The formation of clay minerals requires water. Scientists have already determined that the lower layers of Mount Sharp formed within lakes that once spanned Gale Crater’s floor. The area ahead could offer additional insight into the presence of water, how long it may have persisted, and whether the ancient environment may have been suitable for life.
Curiosity's science team is eager to analyze rock samples pulled from the clay-bearing rocks seen in the center of the image. The rover recently started testing its drill again on Mars for the first time since December 2016. A new process for drilling rock samples and delivering them to the rover's onboard laboratories is still being refined in preparation for scientific targets like the area with clay minerals.

Want to see Curiosity in your own living room? Download NASA JPL's new Spacecraft AR app for Android (soon to be available for iOS).

Watch Below: Stunning new photos from Mars give hints at weather patterns