Expired News - Climate change can be deadly if you live alone - The Weather Network
We use cookies on this site to improve your experience as explained in our Cookie Policy. You can reject cookies by changing your browser settings.   READ MORE I ACCEPT

News
Editor's Choice
Car rust is as bad as you think, but here's what you can do
THE CONVERSATION | Climate Change

Climate change can be deadly if you live alone

In the Canadian province of Quebec, a weeklong heatwave was linked to 74 deaths, making it the province’s second deadliest period of extreme heat since the summer of 2010.

At the peak of the heatwave, on Tuesday, July 3, 2018, Montréal recorded its highest temperature in history (36.6 C) and posted its most extreme midnight combination of heat and humidity. The stifling temperatures continued for most of the week.

Quebecers felt the heat. By Wednesday of that week, Montréal ambulance services were so busy that people with mild symptoms of heat illness were asked to seek help elsewhere. By Saturday, the city morgue was so crowded they had no choice but to move bodies to funeral homes for storage.

We thought Montréal was prepared. The city pioneered an extreme heat plan in 1994, before any other Canadian city. The plan involves frequent visits to home-care patients, monitoring signs of heat illness, opening air-conditioned shelters, extending pool hours and conducting mass media communication campaigns to warn about the heat.

After 2010’s heatwave, the city ramped up efforts to contact individuals with underlying health conditions that make them particularly vulnerable to the heat. The city’s plan has worked until now, reducing mortality by 2.52 deaths per day during hot periods.

So what went wrong this summer?

Most were men, living alone

When Montréal cooled off on Sunday, July 7, journalists and commentators looked for answers. The media first drew comparisons with cities in other provinces, Toronto and Ottawa in particular, where no deaths were recorded in similar temperatures. 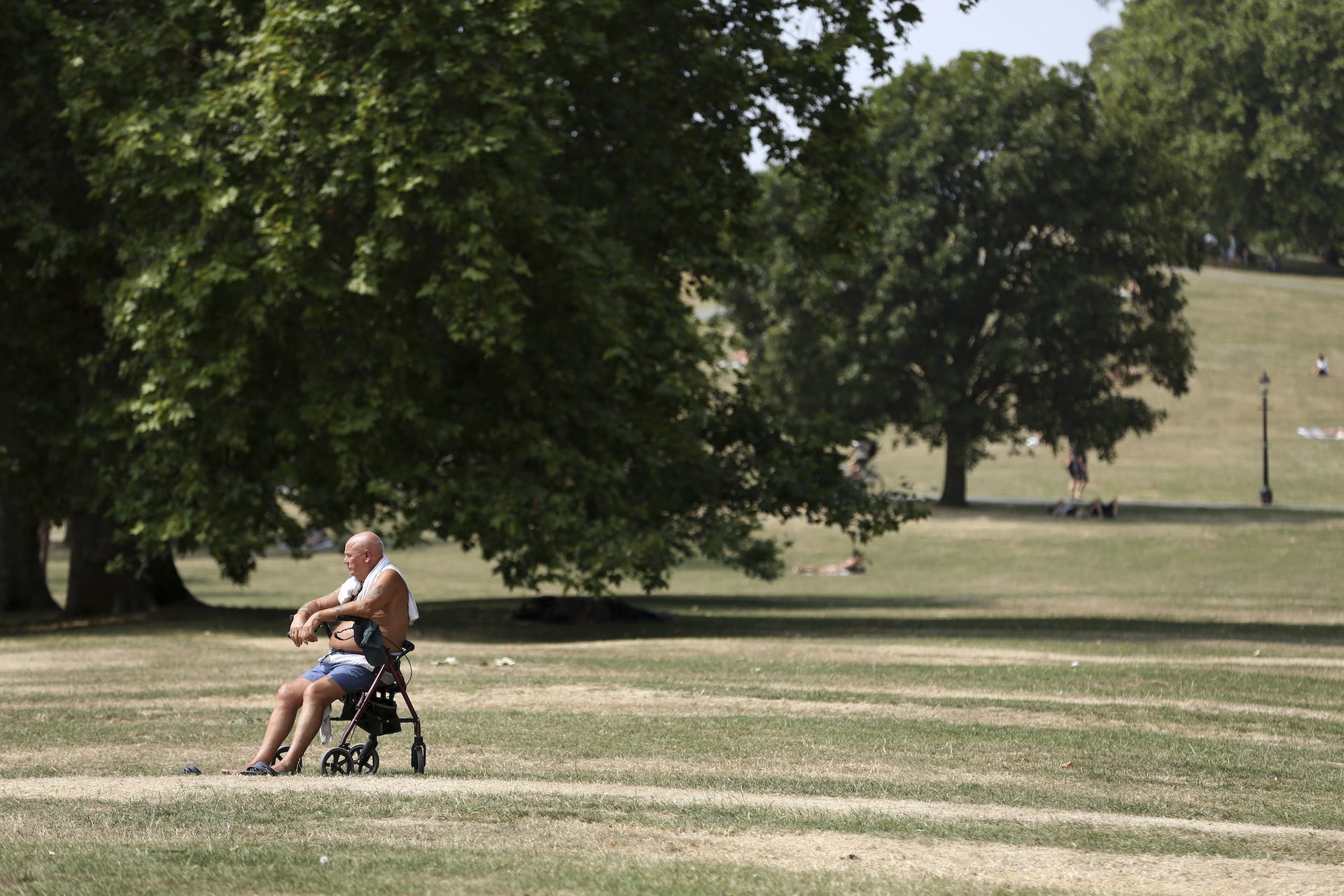 A man soaks up the sun in Regent’s Park, London on July 27, 2018 during a severe heatwave in Britain. Credit: AP Photo/Robert Stevens

Public health officials noted that Ontario takes longer to attribute deaths to heat, so these deaths may be reported later. But, almost a month after the heatwave, the Ontario death toll has stayed at zero. Others suggested that ownership of air conditioning is part of the picture: 85 per cent of Toronto residents have access to it, compared to 42 per cent of Quebec households.

Men living alone, especially those with underlying physical or mental health conditions and substance-abuse issues, counted for the majority of deaths. Almost all who died were over 60 years old. And the majority of deaths happened in densely built-up parts of the city — neighbourhoods where heat-trapping concrete and sparse vegetation elevated the temperatures by around 5C to 10C.

It’s true that most people who died had no air conditioning, but these social factors also crucially determined who lived and who died.

The fatal risk of isolation

Living alone in itself does not necessarily mean being disconnected, but older people are at a higher risk of becoming isolated if they live by themselves. This isolation can become fatal during a heatwave.

As sociologist Eric Klinenberg found in his analysis of the 1995 Chicago heatwave, older people living alone were at the highest risk of dying in the heat, especially if they had weak ties to their surrounding community, were distrustful of their neighbours or lived in neighbourhoods marked by disinvestment.

Montréal’s heat plan focuses on outreach: City staff getting in touch with people whose bodies are the most vulnerable to breaking down in the heat. Once they make contact, city staff take people to cool places or provide access to medical attention. But these strategies rely on social interaction and connection. Family, friends or even neighbours need to be available and willing to check up on the most vulnerable.

Even when firefighters comb neighbourhoods door-to-door, as they did in July, they cannot visit every single vulnerable person, and there’s no guarantee that older people alone in their apartments will answer the knocks. This is especially true for individuals with reduced mobility or lack of trust in their neighbours or city services.

The popularity of living alone and deadly heat

The province has more people living alone than ever before. It’s possible that in the face of this demographic shift, more Quebecers are at risk of losing the social ties that are vital in times of disaster.

The latest Canadian census uncovered that, for the first time in history, individuals living alone are the most common type of household — more than couples living together, or people living with roommates or with parents.

Single-person households are geographically concentrated. In the heatwave, we saw an overlap between where people are more likely to live alone and where people died from the heat. A total of 42 of the top 50 places in Canada where most people live alone are located in southern Quebec, where the heatwave killed 74 people.

It’s not possible to determine the exact role of Quebec’s demographic shift in explaining the high number of heat deaths. But this pattern points to the need for a close look into the social causes. 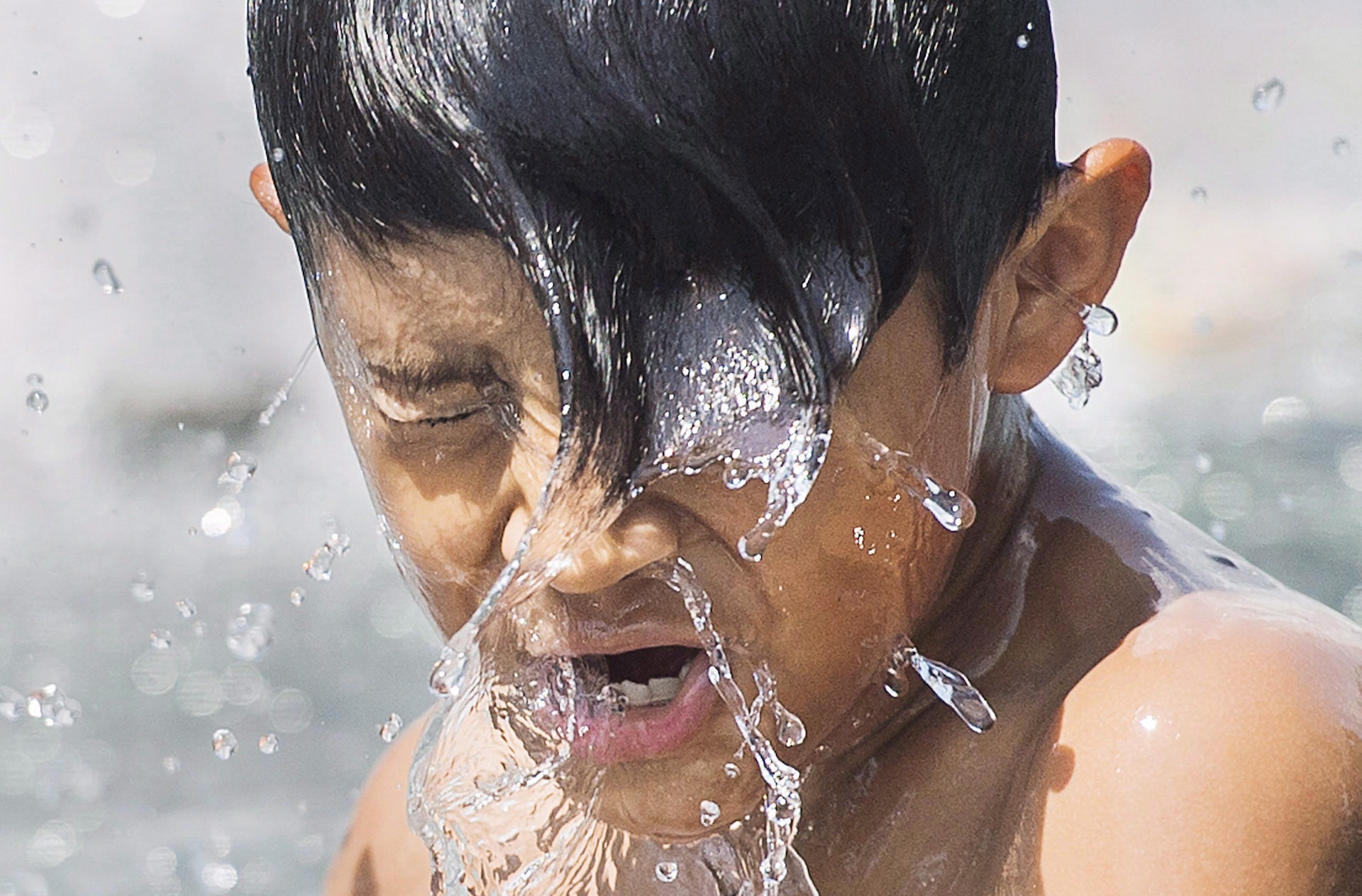 A young boy cools down in a water fountain during a heatwave in Montreal on July 2, 2018. Credit: THE CANADIAN PRESS/Graham Hughes

We also need new public health practices that target the growing number of people living alone, who we know to be the most vulnerable.

Dr. David Kaiser, senior doctor in Montréal’s health department, echoed the challenge: “Despite what we put in place in the last four, five days, some of the most vulnerable people are not being reached, and that is the central focus of the work we have to do.”

We need more effective ways to identify who is at risk, how to get in touch, and how to get them help.

The world is trending hotter

Editor and Montréal resident Fariha Naqvi-Mohamed wrote in the Montréal Gazette that resisting heatwaves is a community effort. The city must battle the heat together under city sprinklers, having fun in public pools and sharing popsicles.

The key question remains: How do we bring the people who feel socially isolated into the public spaces where we can look out for each other, and build the ties that people can rely upon in times of disaster?

While climate scientists are careful to not attribute single weather events to climate change, the world is trending hotter and the heatwaves are consistent with our expectations for more extreme temperatures more frequently.

In the face of mounting evidence of the severity of the impacts and the vulnerability of our communities, even in wealthy societies, it’s important that we now view climate change view as a serious public health threat and act accordingly.