Expired News - Major world cities are making cars a thing of the past - The Weather Network
We use cookies on this site to improve your experience as explained in our Cookie Policy. You can reject cookies by changing your browser settings.   READ MORE I ACCEPT

News
Editor's Choice
Outsmart mosquitoes with one simple move
ENVIRONMENT | The end of the automobile?

Major world cities are making cars a thing of the past

Friday, October 12, 2018, 5:03 PM - As global population increases, so does the number of cars in our city streets and roads. Engineers, policy makers, scientists, and urban planners around the globe have been brainstorming ways in which cities can be more pedestrian-friendly while lowering CO2 emissions. A good number of large cities worldwide are finding successful ways to extract vehicles mainly from their urban centre.

Since the 1980s, cars have progressively improved their fuel efficiency to almost double while lowering their emissions by more than 95 per cent. Despite the dramatic improvements, many major cities around the world are still engulfed in a daily cloud of smog. Even in a state like California, which demands the toughest emission standards, Los Angeles leads the list of U.S. cities for poor air quality. Today, there is a very dynamic movement to switch to all electric cars as soon as possible, but that might not be the definite solution to such complex air pollution problems. 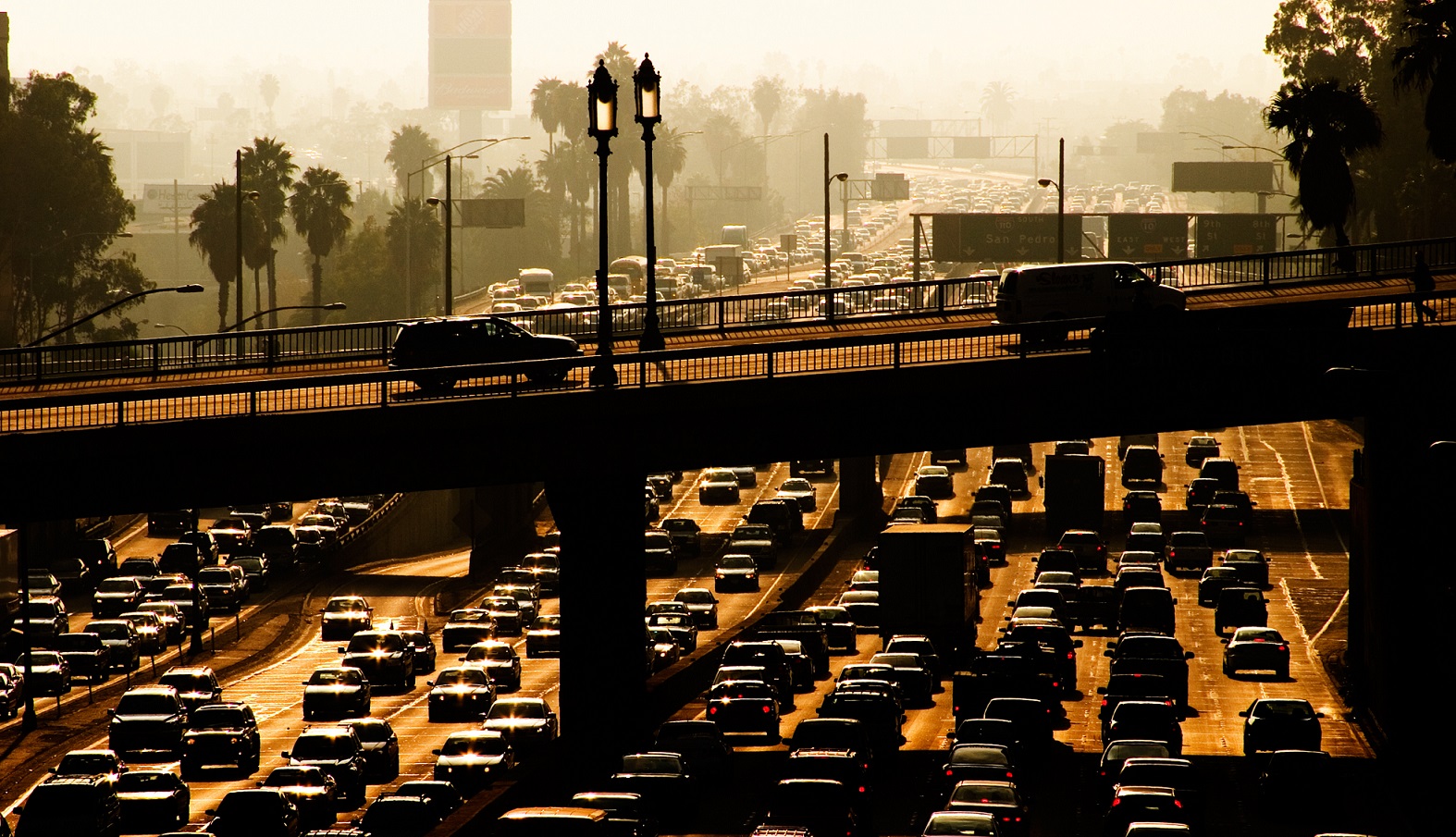 Even if electric cars lower carbon emissions to zero, that does not necessarily mean zero carbon emissions for travel. Beyond vehicles, drivers also demand more roads, and that means more land being sacrificed. In many U.S. cities close to 40 per cent of the land surface is allocated for roads and supporting infrastructure. This means that, in many cases, vegetation is removed to accommodate the roads and streets that magnify the urban heat island effect while increasing air pollution levels.

In Los Angeles most people drive everywhere because the city offers more road capacity per capita than any other large U.S. city. If you add roads and highways to your urban environment, you basically encourage drivers to use their cars. In order to get people out of their cars, cities need to make it easier for residents to connect between different transport modes.

A large number of major cities around the world have been searching for ways to do achieve this goal, and this is the list of ten of those top cities leading the car free movement.

Madrid plans to slowly transition into a car free city centre. By 2020 the plan is to ban cars from 500 acres of its core, but that will also require urban planners to redesign 24 of the city's busiest streets and convert them to pedestrian use only. 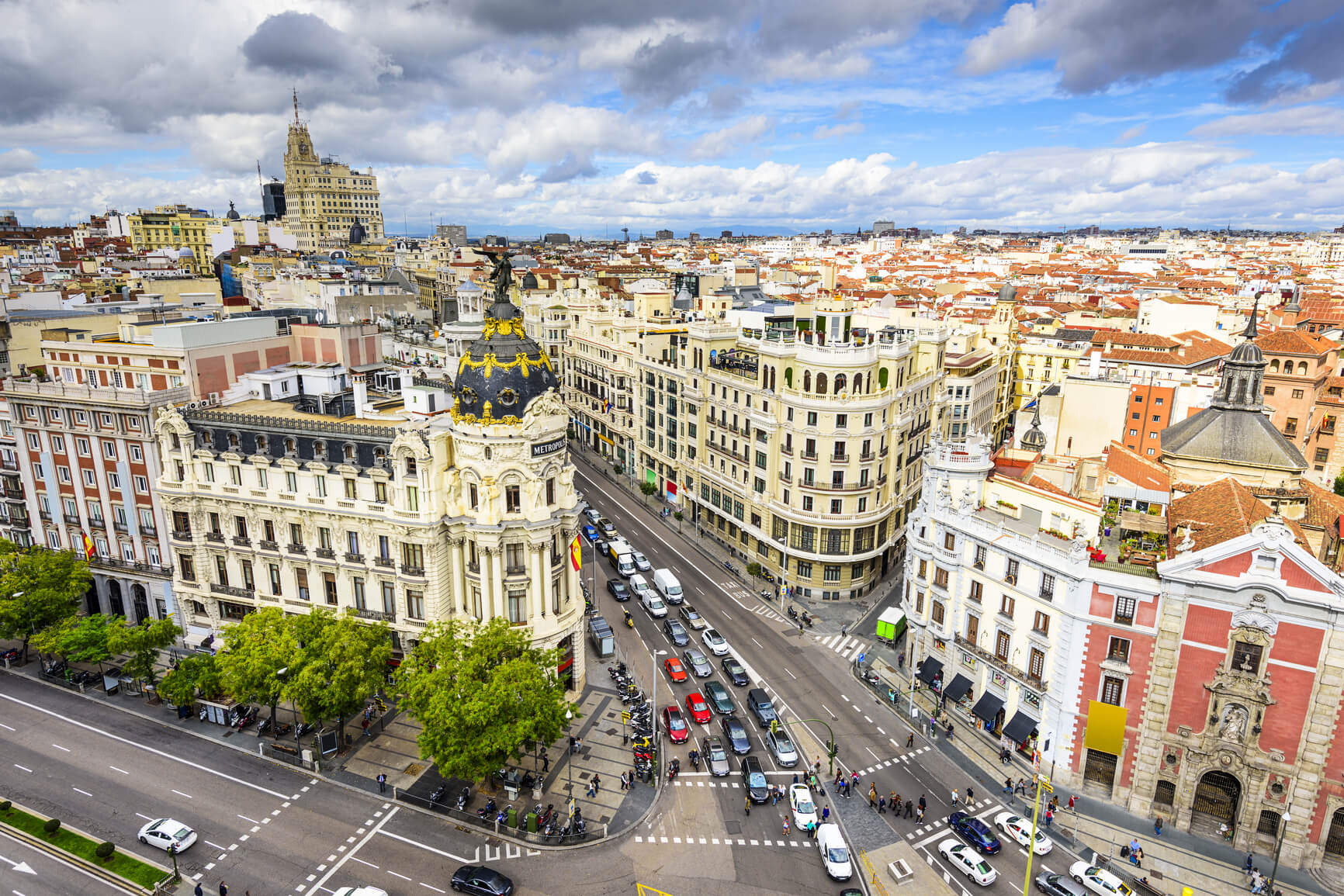 The sustainable mobility plan designed for the city will aim to reduce daily car usage from 29 to 23 per cent, a step forward towards reducing the escalating air pollution problems Madrid has seen since the turn of the century. Drivers who ignore the new rules will be fined $100, and cars that pollute more will also pay more to park.

The plan is to ban all cars from the city centre by 2019. The Norwegian government will have to invest heavily in public transport to achieve the goal, and at the same time replace 35 miles of roads used by cars with bike lanes. The city is moving forward extremely rapidly with the plan and will soon implement similar solutions in other major cities of the country.

Berlin has been working around the clock since late 2017 to build a dozen bike super-highways, about 13 feet wide and blocked off from cars. Before moving forward with this plan, in 2008, the German capital created a low-emission zone around 34 square miles of the city centre, banning all gas and diesel vehicles that fail to meet national emission standards.

A new residential area of this Chinese city has been designed thinking specifically about the needs of pedestrians. The layout makes it easier to walk than drive, and you can move almost anywhere within the neighborhood in no more than 15 minutes. Cars are not completely banned from this city of 80,000, but at least 50 per cent of the roads are car free today. 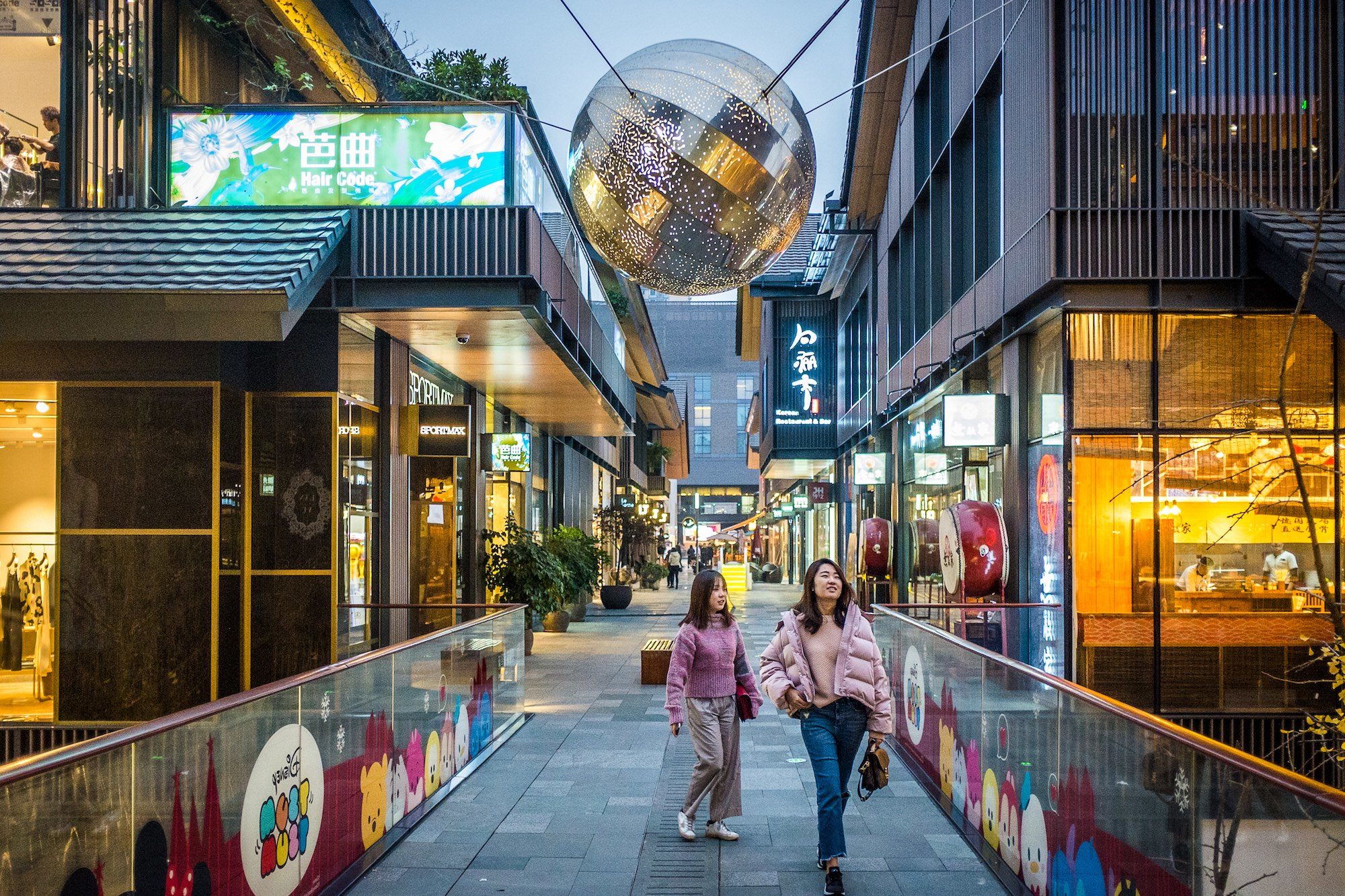 During the coming years, walking and biking will become the dominant mode of transport around the city streets of Hamburg. The plan is to reduce the number of cars and only allow pedestrians and bikers into certain areas, and this will happen in two decades, tops. The project calls for a "green network" of connected spaces that people can access without cars. By 2035, this network space will cover 45 per cent of the city with parks, playgrounds, sport fields, and cemeteries.

Using a rotating system of license plate numbers, the city has prohibited a portion of cars from driving into the centre for two days during the work week, and two Saturdays a month. This rule has been used by authorities since 2016 to control an estimated 2 million cars and helps mitigate the very high smog levels frequently found in one of the largest urban areas in the world.

For decades, the Danish capital has been an inspiration for those planning a car-free urban environment. Today, over half of the city's population bikes to work on a daily basis. Copenhagen has made a continuous effort to introduce pedestrian only zones since the 1960s, and now it has more than 200 miles of bike lanes and one of the lowest percentages of car ownerships in Europe. More superhighway bike paths are on the way to connect the centre with the suburbs, and the city expects to be completely carbon-neutral by 2025. 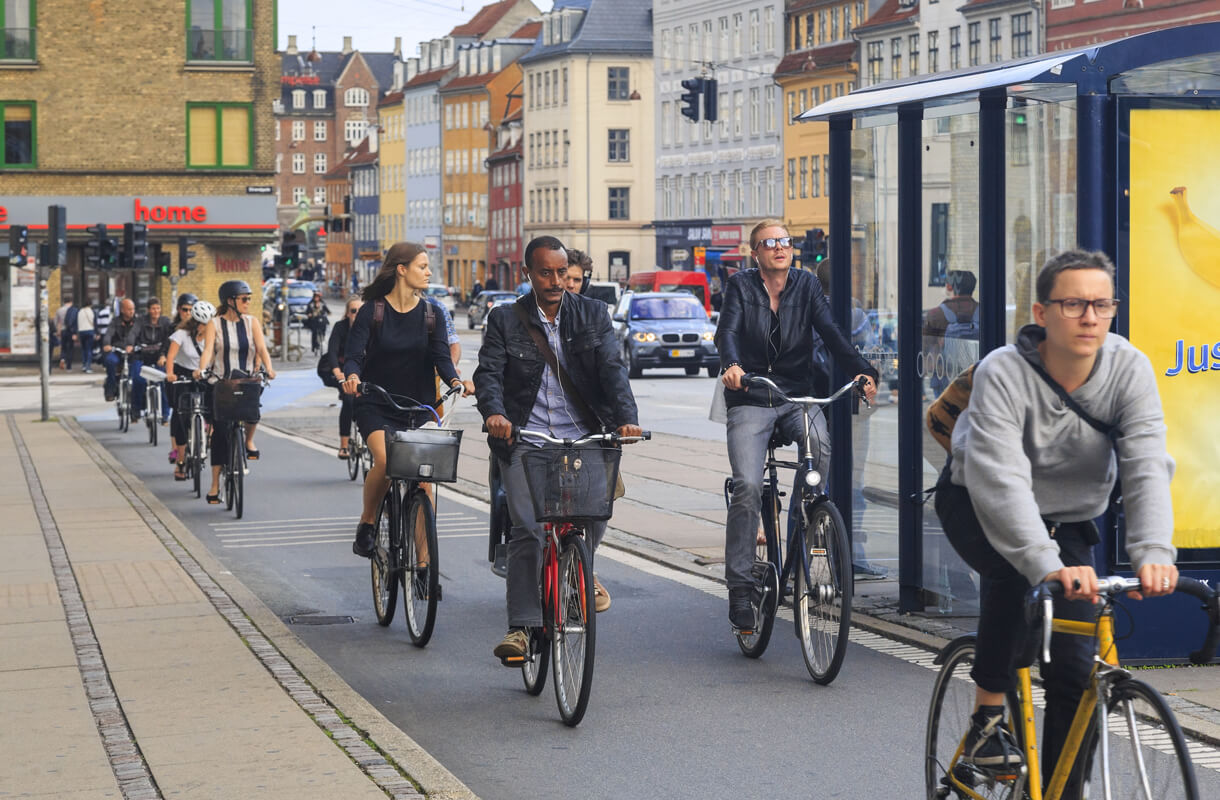 If you want to go to the city centre of London, you have to pay. Together with other major European capitals like Paris or Madrid, the city will be banning diesel cars, but in the case of London by 2020. A higher fee known as "congestion charge" is already charged to vehicles using diesel engines in some areas. The next step on the list is to ban all sorts of diesel cars and, by 2040, sales of this type of vehicle will disappear all across Britain.

There is no immediate intention to ban cars, and maybe it should not be on the list, but time will soon likely bring new car reduction plans to the Big Apple. For the time being, the city is making and effort to increase the number of pedestrian areas, along with bike share, subway, and new bus options. During the summer, many of the city's streets are converted into pedestrian walkways and, today, strips of land in popular areas like Times Square, Herald Square, and Madison Square Park are pedestrian-only.

Brussels has also been on top of the list of cities leading the path towards a car-free environment. Most streets that surround the centre have been car free for ages. The city roads make-up the second largest car-free zone in Europe, only behind Copenhagen.

One day every September, all cars are banned from the city centre, but today Brussels is looking for ways to further expand zones with no cars. The city started banning diesel cars in 1998 and during this past summer, public transport was free on heavy air pollution days.

WATCH BELOW: INDIA SMOG COMPARABLE TO SMOKING 44 PACKS OF CIGARETTES A DAY