Expired News - Canadian to get early space flight after Soyuz investigation - The Weather Network
We use cookies on this site to improve your experience as explained in our Cookie Policy. You can reject cookies by changing your browser settings.   READ MORE I ACCEPT

Canadian to get early space flight after Soyuz investigation

Wednesday, October 31, 2018, 7:48 PM - Canadian astronaut David Saint Jacques now appears to be going to space even earlier than he had planned, after Russian officials conclude their investigation of the October 11 Soyuz accident. Plus, the Kepler Space Telescope officially passes the exoplanet hunting torch, and NASA starts up a cool new way to communicate the adventures of the Mars InSight lander. It's What's Up In Space!

On Wednesday, according to the TASS Russian News Agency, an official from Roscosmos - the Russian space corporation - says that the October 11 Soyuz rocket accident was caused by a faulty sensor. 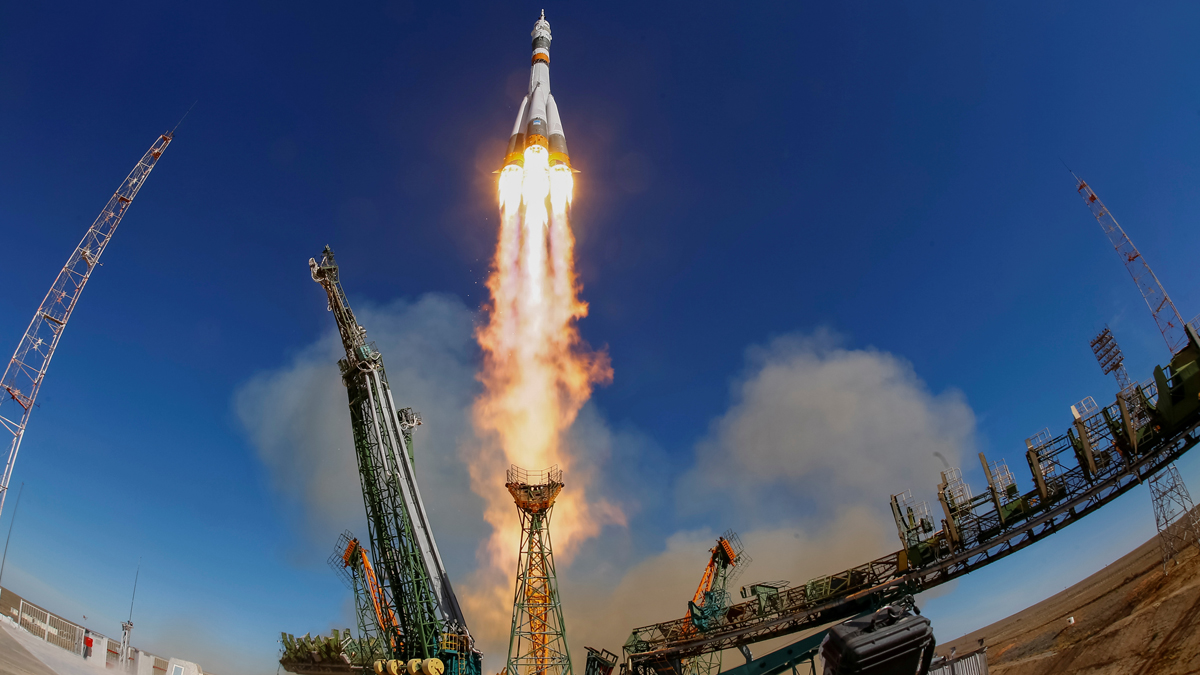 The Soyuz MS-10 spacecraft carrying the crew of astronaut Nick Hague of the U.S. and cosmonaut Alexey Ovchinin of Russia blasts off to the International Space Station (ISS) from the launchpad at the Baikonur Cosmodrome, Kazakhstan October 11, 2018. Credit: REUTERS/Shamil Zhumatov/File Photo

This sensor, said Roscosmos' executive director of crewed programs, Sergey Krikalev, was responsible for tracking the separation of the 1st and 2nd stages of the rocket, and its failure caused one of the 1st stage solid boosters to separate at the wrong time. The solid booster then impacted against the second stage's fuel tank, resulting in the fault that forced the rocket's safety systems to eject the crew module.

The full, official results of the Roscosmos report are due out Thursday.

According to Ars Technica:

The Russians have conducted a rapid investigation of the failure, which occurred on October 11, concluding it within three weeks. They have been driven to do this because the Soyuz spacecraft is currently the only means by which NASA, Russia, and their international partners have of getting people to and from the station.

As reported earlier this month, the urgency of this investigation, and in getting crewed launches to the space station back on schedule, is based on a few factors.

First, with American astronaut Nick Hague and Russian cosmonaut Alexey Ovchinin forced to abort their trip to space on October 11, only three crew members were left on the station. While this, in of itself, is not a problem, as the station can be run effectively by a crew of three, those three 'spacelings' - Serena Aunon-Chancellor of NASA, Alexander Gerst of ESA and Sergey Prokopyev of Roscosmos - were officially scheduled to return to Earth on December 13.

With nobody to replace them, though, that landing was put on hold, indefinitely, while the investigation took place.

The Soyuz capsule they will eventually use to return to Earth, however, has only a limited 'lifetime'.

According to NASA, each Soyuz spacecraft that launches into space is registered for 200 days. After that time has expired, it is not considered safe to use. The registration of the current Soyuz at the station - Soyuz MS-09 - is set to expire on December 25. So, there's a particular interest in having Aunon-Chancellor, Gerst and Prokopyev return to Earth before or on that date. 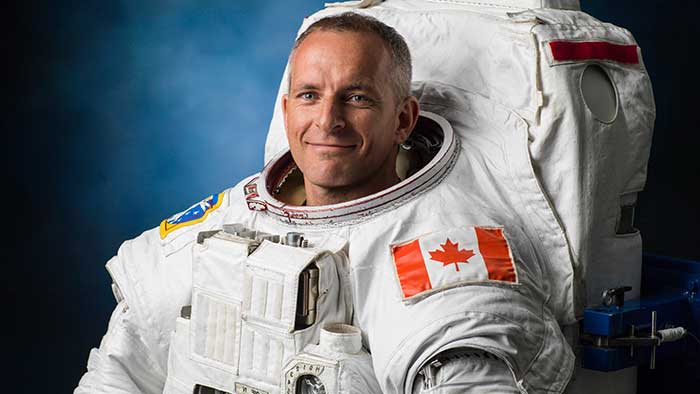 Now, with the investigation concluded, the December 20 launch has been moved up to December 3, at the earliest. Meanwhile, the return of Aunon-Chancellor, Gerst and Prokopyev from space will be delayed until December 20 to allow time for the new crew to take over operation of the space station without difficulty.

After discovering thousands of alien planets out in the galaxy, throughout the nine years of its mission, NASA's Kepler Space Telescope has finally completely run out of fuel. 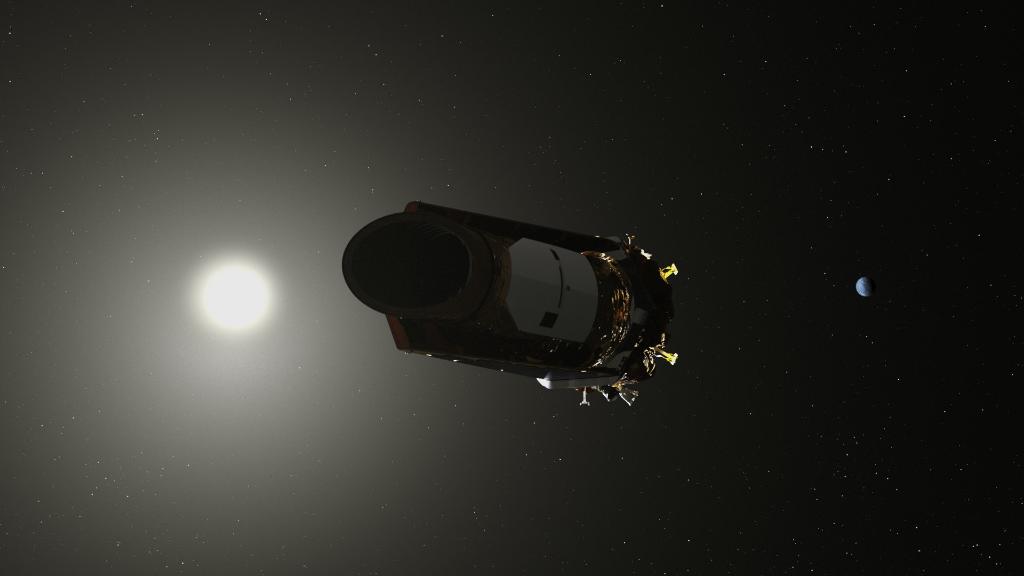 NASA's Kepler Space Telescope follows along behind Earth, in its orbit around the Sun, while searching for tell-tail 'transits' that indicate the presence of planets around other stars. Credit: NASA

In the first four years of Kepler's mission, as it stared down the local arm of the Milky Way Galaxy, the telescope relied on parts known as 'reaction wheels' in order to keep its mirror absolutely steady. This steadiness was required, as Kepler focused on a specific set of 150,000 stars to watch for transits - evidence of planets passing across the faces of these stars - since the telescope would need to maintain the best resolution possible.

It maintained this 'K2' mission for another five years before Kepler's fuel tanks were drained completely dry.

Before retiring the spacecraft, scientists pushed Kepler to its full potential, successfully completing multiple observation campaigns and downloading valuable science data even after initial warnings of low fuel. The latest data, from Campaign 19, will complement the data from NASA’s newest planet hunter, the Transiting Exoplanet Survey Satellite, launched in April. TESS builds on Kepler's foundation with fresh batches of data in its search of planets orbiting some 200,000 of the brightest and nearest stars to the Earth, worlds that can later be explored for signs of life by missions, such as NASA’s James Webb Space Telescope.

"We know the spacecraft's retirement isn't the end of Kepler's discoveries," Kepler project scientist Jessie Dotson told NASA. "I'm excited about the diverse discoveries that are yet to come from our data and how future missions will build upon Kepler's results."

On November 26, NASA's new Mars lander, InSight, is scheduled to set down on the surface of the Red Planet.

With this mission getting closer and closer to its destination, NASA is starting up a new way to communicate Insight's progress to us: they're starting a podcast. 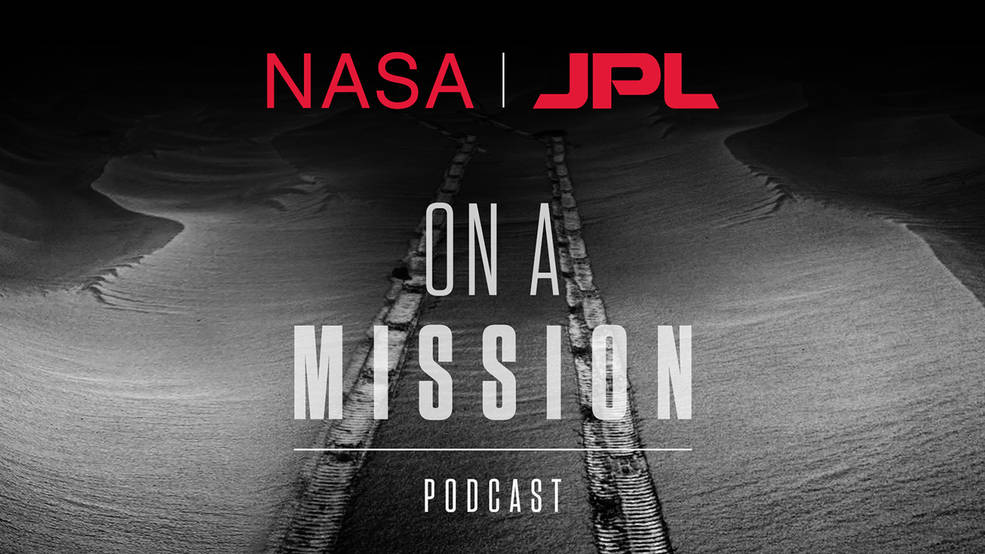 'On a Mission' is a new eight-episode podcast series from NASA's Jet Propulsion Laboratory that follows the InSight mission as the robotic explorer journeys to Mars for a Nov. 26 landing. Credits: NASA/JPL-Caltech

Narrated by host and science journalist Leslie Mullen and InSight team members, each episode blends humor and captivating storytelling to dig into the journey of the lander and the people who have spent years working on it. New episodes, running between 20 and 30 minutes, will be released weekly as InSight gets closer to Mars. The final episode will cover what happens when the team tries to land InSight on the Red Planet.

The first two episodes of the 'On a Mission' podcast are available on the NASA website, on SoundCloud, and on iTunes.