Expired News - Canada joins worldwide effort to double down on clean energy - The Weather Network
We use cookies on this site to improve your experience as explained in our Cookie Policy. You can reject cookies by changing your browser settings.   READ MORE I ACCEPT

News
Editor's Choice
Pacific Blob behind the death of millions of birds
Trudeau: 'We view climate change, not just as a challenge, but also as an opportunity'
OUT OF THIS WORLD | Earth, Space And The Stuff In Between - a daily journey through weather, space and science with meteorologist/science writer Scott Sutherland

Canada joins worldwide effort to double down on clean energy

See your Guide to the 2015 Paris Climate Conference for details on the summit's goals, and what it will mean for Canada.

Avoiding the worst effects of climate change in the future is going to take a big shift in the way we generate energy. In an effort to spur the transition to clean energy production, business leaders like Bill Gates, Jeff Bezos, Richard Branson and Mark Zuckerberg have come together with over two dozen other innovators and organizations to start the Breakthrough Energy Coalition.

The world needs widely available energy that is reliable, affordable and does not produce carbon. The only way to accomplish that goal is by developing new tools to power the world. That innovation will result from a dramatically scaled up public research pipeline linked to truly patient, flexible investments committed to developing the technologies that will create a new energy mix. The Breakthrough Energy Coalition is working together with a growing group of visionary countries who are significantly increasing their public research pipeline through the Mission Innovation initiative to make that future a reality.

Now, as the world watches the proceedings in Paris, at the 21st annual Conference of Parties, Canada joins 20 nations from around the world in signing this new Mission Innovation initiative, to provide government leadership in this clean energy revolution.

This plan will have governments double their investments in clean energy research and development over the next five years.

All told, the current commitment involves Australia, Brazil, Canada, Chile, China, Denmark, France, Germany, India, Indonesia, Italy, Japan, Mexico, Norway, Republic of Korea, Saudi Arabia, Sweden, the United Kingdom, the United Arab Emirates and the United States. These nations represent 80 per cent of the current funds being invested in clean energy research and development, and this new plan will bring those investments up to $20 billion over five years.

What will this mean in Canada?

The federal government, as part of this initiative, will be spending an additional $100 million per year to support the production of clean technology and to address the country's environmental concerns.

An additional $200 million per year will be invested in innovation and in promoting the use of clean technologies in the natural resources sector.

In a recent University of Toronto study, as of 2011, Canada had the second lowest carbon intensity for energy production out of 16 of the top world economies. The only country that ranked lower was Brazil.

As of 2012, International Energy Statistics (EIA) ranked Canada 4th in the world in renewable energy production, behind China, the United States and Brazil, and 3rd overall in production of hydroelectric power, behind China and Brazil.

In their latest report, dated September 2015, EY's Renewable Energy Country Attractiveness Index has Canada as 6th highest in the world when it comes to the best places for clean energy investors to spend their money.

According to the Acting on Climate Change report, from Sustainable Canada Dialogues, Canada has a vast potential for renewable energy development, in solar power, wind energy and hydroelectric power generation. 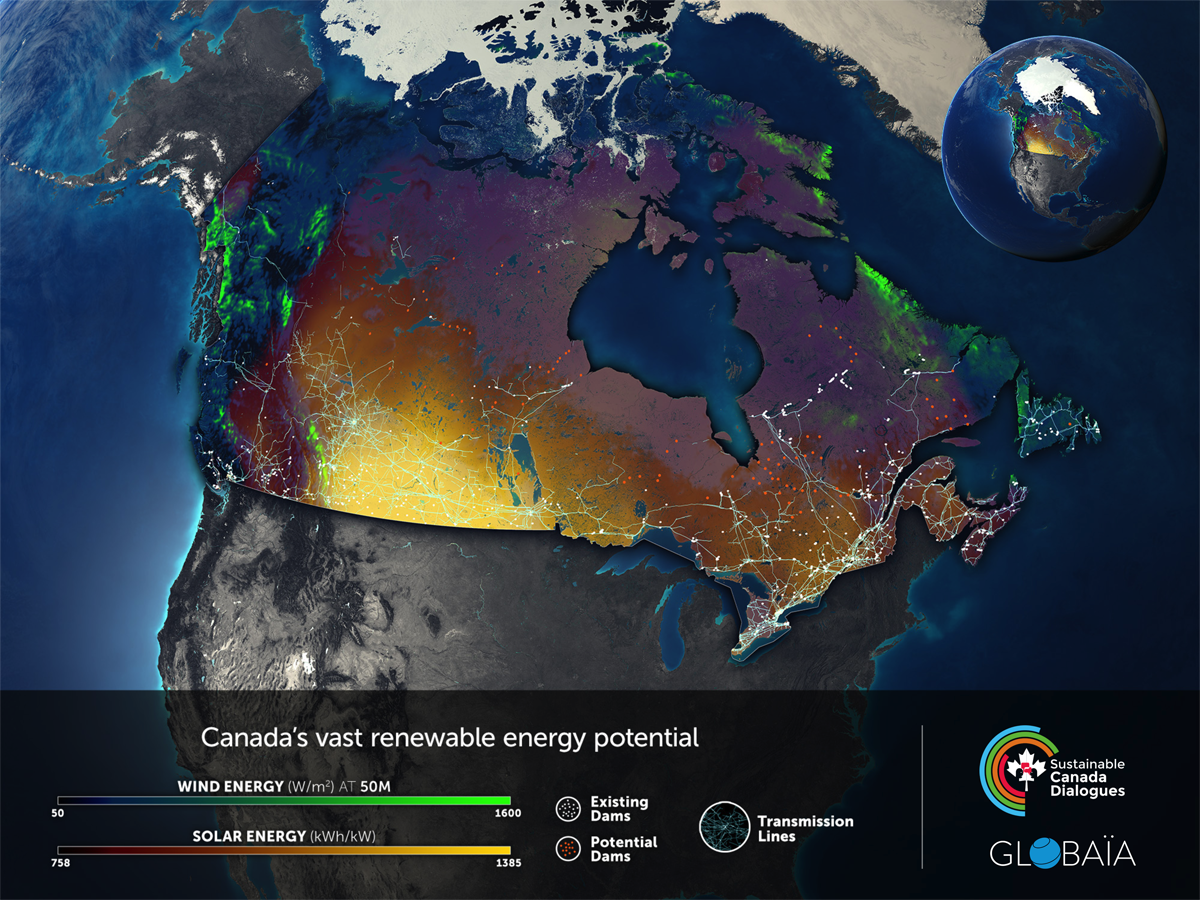 Government investment is just the start

A doubling of current clean energy investments is a significant step in this process, as governments can support the basic research needed to improve the efficiency and cost-effectiveness of clean energy technologies.

This isn't the only part of this plan, however. Private investment will play a large part in taking this initial investment to a place where it can address the energy needs of the whole world, and let us leave behind fossil fuels for good.

Watch Below: Bill Gates, one of the founders of the Breakthrough Energy Coalition, talks about the one thing we can do to lift up the lives of the world's poorest people.