Expired News - It's National Tree Day. Can you name your provincial tree? - The Weather Network
We use cookies on this site to improve your experience as explained in our Cookie Policy. You can reject cookies by changing your browser settings.   READ MORE I ACCEPT

News
Editor's Choice
COVID-19 could impact weather forecast accuracy
How well do you know your trees and provinces? See if you can go 5/5 on this test.

It's National Tree Day. Can you name your provincial tree?

Wednesday, September 23, 2015, 12:14 PM - Aside from being this year's autumn equinox, September 23 is National Tree Day -- a celebration that raises awareness about trees, and the health and environmental benefits they provide.

Unlike Arbour Day, which is an international celebration, National Tree Day is made-in-Canada and in honour of the day, we've resurfaced this list of Canada's provincial trees.

Can you name them all? This tree is noted for being hardy and resistant to insects. It's a species of spruce that's native to northern portions of North America and can be found from Newfoundland to Alaska, and extending south to Pennsylvania, Minnesota and central British Columbia. The red oak became PEI's provincial tree in May 1987.

Government officials elected the tree in honour of the vital role Canada's forests play in the country's economy and culture.

There's also the historical importance of the red oak: In the past, it was commonly used to build ships and transport barrels.

Today, it is mostly used to make furniture and flooring.

The red spruce became Nova Scotia's official tree in 1988, and it is noted for its hardiness and long life span. In some instances, the tree can live for more than 450 years. Also referred to as the North American fir, this tree is can be found from Newfoundland to central B.C. and in pockets of the U.S.

It can be found in many homes during the holiday season in the form of a Christmas tree. The yellow birch tree is easily recognized by its striking bark, which boasts hues of deep brown.

It was chosen as Quebec's official tree in 1993.

The eastern white pine is the provincial tree of Ontario and the state tree of Michigan, while the pine cone and tassel it produces is the state flower of Maine.

In many forests, this tree can be seen towering over other species. It provides food and shelter for a number of bird species and squirrels.

NEXT PAGE: ON TO THE PRAIRIES

The white spruce became Manitoba's official tree in 1991. It was selected because of its wide range and contributions to the province's economy and development. This tree can be found across Canada and can grow to a staggering height of 40 metres.

In humid climates the paper birch typically lives for 30 years. In cooler climates, it can live as long as fifty. These trees were once used as poles and to support teepees, hence the name.

Aboriginal people have a use for virtually every part of this tree, from its branches -- which were used to make fish hooks -- to its pines, which are used to make a tea that's packed with vitamin C.

This incredible tree can live up to 1,000 years and it considered a cornerstone of Northwest Coast aboriginal culture.

Its bark has been used to build canoes, homes and hunting tools.

Inner bark can be used to make clothing and rope, while the branches are a key ingredient in many medicines. The word 'tamarack' is an Aboriginal term for "wood used for snowshoes."

But the tamarack larch isn't just useful: it's also strikingly beautiful, especially in the fall.

The sub-alpine fir became the Yukon's official tree in 2001. It's often used as Christmas and landscaping trees, and provides great kindling for camp fires.

Note: We didn't forget Nunavut, but it hasn't been added to the list because the region doesn't have an official tree. 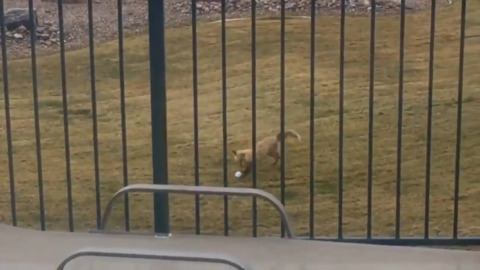