Expired News - Rogue snowmobile crashes into home, lands on woman - The Weather Network
We use cookies on this site to improve your experience as explained in our Cookie Policy. You can reject cookies by changing your browser settings.   READ MORE I ACCEPT

Thursday, January 17, 2019, 12:23 PM - Bruce Porter could only watch as his snowmobile raced away from him and headed towards his house at top speed.

He knew his wife was inside. And he knew he couldn't stop it.

"It smashed up some parts of the snow machine, but there's millions of them things around. There's lots of windows around," he said in an interview Thursday.

(RELATED: Here's how snow can cause a house fire in the winter)

"But I've only got one wife, and I only need one wife."

On Tuesday, Porter had been having trouble starting the machine, so he held in the throttle as he tried again. The throttle stuck and the machine took off on a 100-metre dash directly towards a snowbank in front of his house in Porterville, not far from Lewisporte. 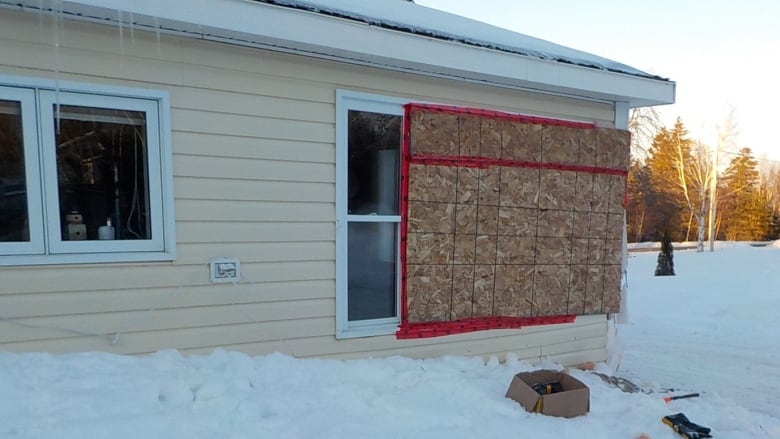 Bruce Porter's house is left in shambles after his snowmobile launched through the dining room window. (Submitted by Barry Porter)

"She lifted up, came in through my dining room window, actually took the chandelier and hit the ceiling."

Past the dining room, sitting on the couch in the living room, was Porter's wife, Louise. Just seconds after the Yamaha machine left his hands, it was on top of her.

"There wasn't time to think about anything, only get there," he told CBC Radio's Newfoundland Morning. "I could hear her screaming." 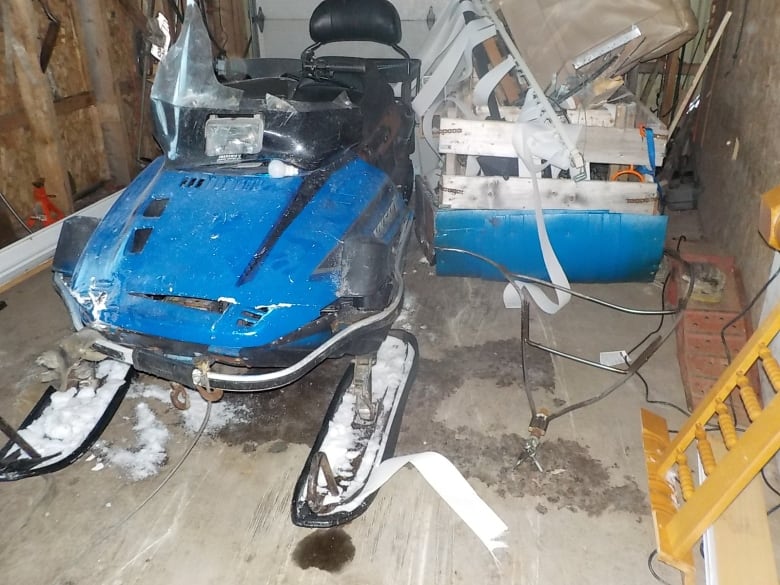 Porter's snowmobile is beat up after the incident, with a light bulb from the house stuck in the windshield. (Submitted by Barry Porter)

By the time he reached the house, Porter could see blood on the floor from cuts on her head and legs. He feared the worst, but Louise managed to escape the carnage with only cuts and bruises — no broken bones.

"If God was going to give me a miracle, he would have turned the machine away. But sometimes he's got special ways of getting our attention."

His wife was hospitalized, but Porter expects she'll be released Thursday. 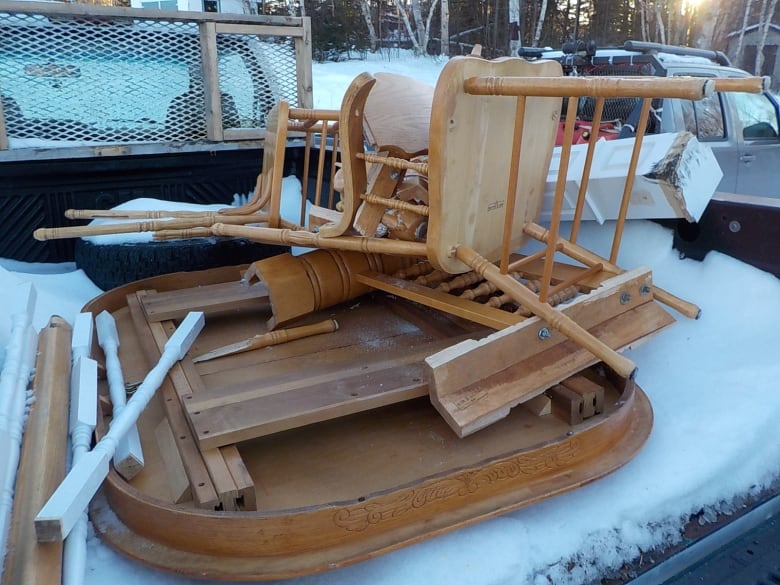 The Porters' oak kitchen table and chairs were chewed up by the snowmobile. (Submitted by Barry Porter)

Their house, however, is going to take a little longer to get in order.

(RELATED: Couple lucky to be alive after snowmobile sinks in river)

After the snowmobile hit the dining room window and the chandelier, it made a meal out of the dining room table and chairs. Then, it zoomed into the living room, where it struck Louise and launched a side table through another window.

Porter, who is a retired wildlife officer, said he's seen throttles stick before, but he's never seen anything like this.

The couple will move into a friend's cottage for now, while their insurance company works through the details of what happens next, and the house is repaired.