Expired News - Heavy rain, foot-deep waters flood metro Vancouver roads - The Weather Network
We use cookies on this site to improve your experience as explained in our Cookie Policy. You can reject cookies by changing your browser settings.   READ MORE I ACCEPT

In the City of Vancouver, crews worked through the night trying to locate and unclog storm drains in high traffic areas.

(SEE ALSO: Think you can drive through a flood? Think again)

Intersections, such as Columbia Street near West 2nd Avenue and Hastings Street near Clark Drive, saw water nearly a foot deep on the roads and sidewalks.

There were also reports of heavy flooding in the Olympic Village, as well as in parts of Richmond. 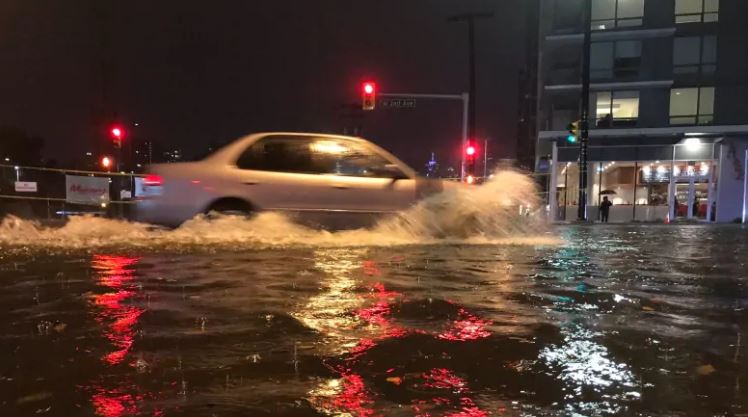 (Some city crews told CBC News the tools they normally use to unclog drains weren't deep enough for some areas. (Gian-Paolo Mendoza/CBC)

Some drivers were forced to abandon their vehicles after stalling while driving through the flooded areas.

Environment Canada says Vancouver and Richmond saw between 15 to 20 millimetres of rain in just two hours.


Heavy rainfall over the City of #Vancouver and #Richmond this evening with reports of 15 to 20 millimetres over 2 hours. Attached is a 3 hour radar image of accumulated precipitation. #bcstorm pic.twitter.com/drgfzRGIPE


A driver left behind their stalled car after trying to drive through heavy flooding on East Hastings earlier this morning #BCStorm @CityofVancouver pic.twitter.com/4RMrEis50P


#BCStorm nights in Vancouver mean I get to run outside in rain gear and do this. 😁😁😁
But this has never happened... pic.twitter.com/YMMTlJlHok


A @CityofVancouver worker just told me they don’t even have the right tools to unclog some of the city drains. One had to go home to find a piece of rebar that would go deep enough. pic.twitter.com/lG53yN555v


Main lesson from tonight - if it looks flooded, just take a detour around it. Many, many drivers got stuck tonight in front of @CityNewsVAN at the corner of West 2nd Avenue and Columbia Street. #BCStorm 🌧⛔️⚠️ pic.twitter.com/sng7kqrZPp

WATCH BELOW: HALLOWEEN FORECAST FOR B.C., TRICK OR TREAT? 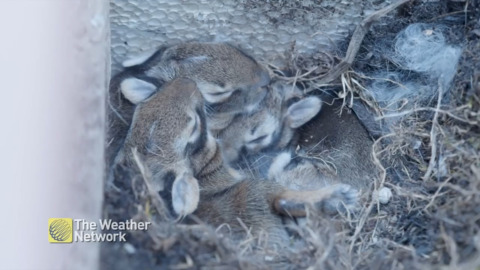