Expired News - Ice cream for climate change - Ben & Jerry's new campaigns - The Weather Network
We use cookies on this site to improve your experience as explained in our Cookie Policy. You can reject cookies by changing your browser settings.   READ MORE I ACCEPT

Ben and Jerry are not only the creators of imaginative ice cream flavours but are also long-time environmental activists who are now serving up new initiatives in the United Kingdom to promote onshore wind energy and Peruvian forest conservation.

Ben and Jerry's most recent environmental campaign is encouraging the support of onshore wind farms in the UK. The company is joining in with supporters that are encouraging the UK government to remove the existing additional requirements for constructing onshore wind farms that were enacted in 2015, which essentially stopped the development of the UK’s wind industry. Revitalizing the wind industry will help the UK meet their carbon reduction goals and the cheap cost of wind energy would save consumers over $1.8 billion USD between 2019 and 2025.

The 'Save our Swirled' campaign in 2015 featured a unique flavour to raise awareness of climate change. Credit: Ben & Jerry's

According to a report by The Guardian, Ben & Jerry's will be renaming iconic flavours during a campaign to match the wind theme, including "Cherry Gale-ica", "Caramel Blew Blew", and "Strawberry Breeze Cake." Stores will feature "Windy Wednesdays" and will sell the renamed flavours at half-price to promote their stance with renewable energies.

The company is also giving customers the opportunity to contribute to carbon credits for a forest conservation project in Peru, which was launched by the Poseidon Foundation on May 1.

In a Ben & Jerry's ice cream shop in London, England a blockchain technology pilot is being used to integrate the carbon market into in-store transactions - for every scoop of ice cream sold one penny from the purchase goes to a Peruvian forest conservation project and offers customers an additional opportunity to donate money. So far this pilot has protected over 1,000 trees and it is anticipated that this number will quickly grow.

Benoit Lecomte, the associate director of sustainable services at a consulting firm, has started a six month swim across the Pacific Ocean from Japan to California, with hopes of drawing attention to the millions of tons of plastic that he will be travelling through.

Projections say that by 2050 there could be more plastic than fish in the oceans and the Great Pacific Garbage Patch, a gyre that has accumulated massive amounts of plastic due to rotating ocean circulation patterns, is currently twice the size of France and rapidly growing. 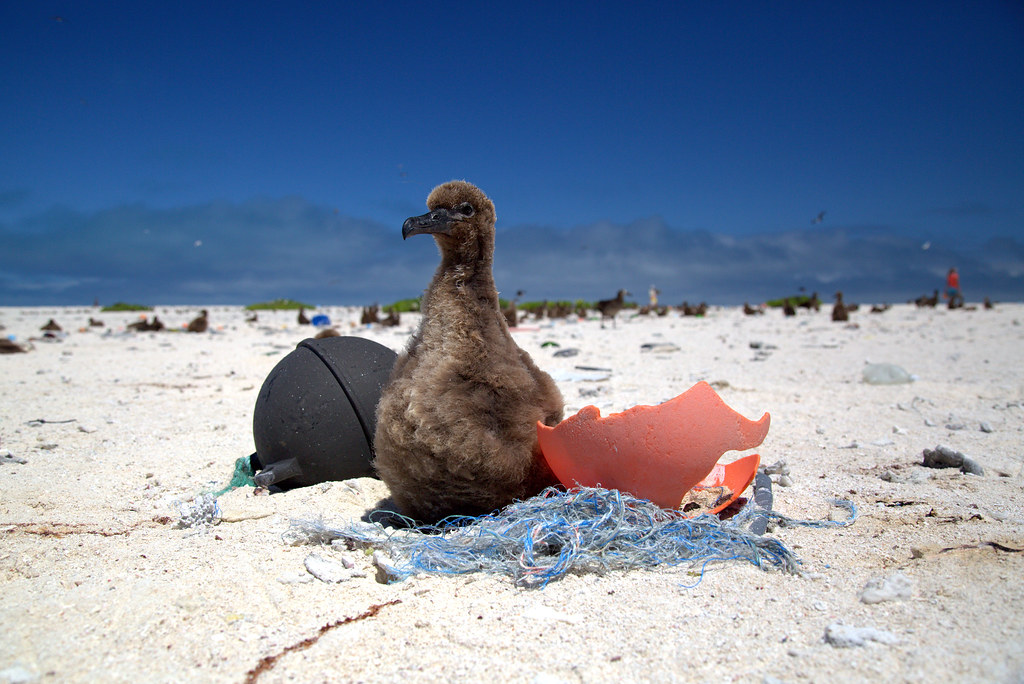 During Lecomte's 180 day journey, which requires eight hours of swimming covering 50 kilometres per day, the researchers that are part of his support crew will collect over 1,000 samples of ocean water to study radiation and plastics in the Garbage Patch.

Businesses and policy-makers are scrambling to address this critical environmental issue, and The Ocean Cleanup Project is an initiative that is catching the eyes of many investors. This project has created a passive system technology that uses ocean currents and netting to capture floating plastic before it reaches the Garbage Patch.

The Ocean Cleanup Project estimates that over five trillion pieces of plastic currently litter the ocean and this number is expected to continue growing exponentially. This project aims at accomplishing the largest cleanup of ocean pollutants in history and has a goal of reducing the size of the Garbage Patch by 50 per cent in five years.

Canada’s new $4.5 billion dollar pipeline purchased from Kinder Morgan pipeline will run 1150 kilometres from Vancouver to Edmonton and Indigenous groups living in the Fort McMurray area of Alberta are planning on buying an equity share of the pipeline.

The announcement of the new pipeline purchase was met with protests and outrage amongst environmentalists, various Indigenous groups, and individuals that are concerned of the environmental consequences of this new development. 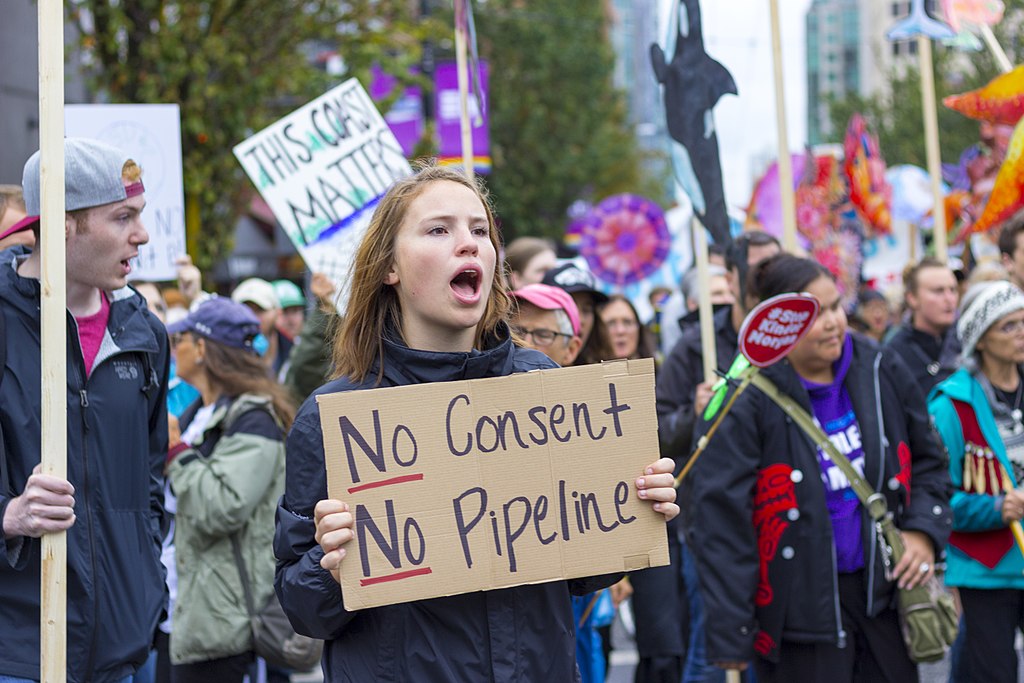 Opinions towards oil and gas development in Canada remain divided amongst Indigenous groups, and the Athabasca Tribal Council and the Athabasca River Métis have embraced the potential benefits of a new pipeline by expressing intentions to purchase a share of the pipelines, which would allow for a greater say in development plans, potential veto power on certain proposals, and more control over distributing economic benefits into communities.

Historically the Canadian oil and gas industry has caused considerable environmental damage, particularly to Indigenous lands, and have broken countless Treaty agreements between the government and First Nations councils. A greater involvement in decision-making would promote Indigenous interests and opinions and could determine the outcomes in various stages of planning.

A group of researchers are proving that even small environmental actions can make significant and noticeable differences.

Devastating bleaching events occurred in 2016 and 2017 and over half of the world’s largest coral reef system, the Great Barrier Reef, has died since the first event. When ocean temperatures warm coral reefs undergo stress and eject the colourful algae, the corals' main food source, that lives on the outer walls and become bleached. 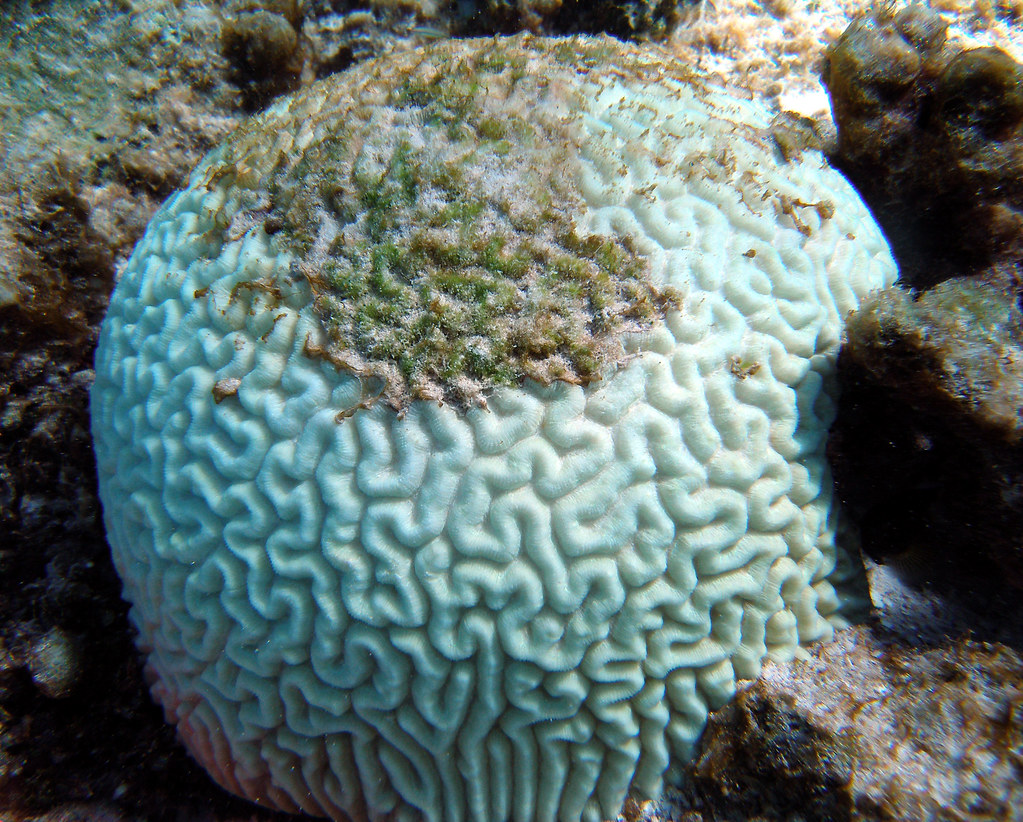 A coral that is in the process of bleaching with only a small amount of algae remaining. Credit: NOAA

In a study from Duke University, researchers evaluate how managing populations of coral-eating animals, such as snails and starfish, could affect the resilience of corals during times when the ocean warms. These predators drain the corals' energetic resources and promote bleaching.

By removing the predators before a severe, climate-warming event in the Florida Keys the researchers found that corals only bleached 39.3 per cent compared to 97.5 per cent bleaching in the corals with a high density of predators.

The findings of this research contrast the dominant thought amongst scientists that local coral reef management has little impact on preventing their degradation during climate-change related stressors.

Coral reefs are important for maintaining healthy marine ecosystems and their environmental services can be valued at $30 billion USD - they are vital for fisheries and provide shelter for approximately 25 per cent of all the fish in the ocean, nearly one billion people have some reliance on coral reefs as a source of food and income from fishing and can protect coastal communities by breaking powerful waves during storms.