Expired News - Tax breaks at centre of B.C.'s long-term climate plan - The Weather Network
We use cookies on this site to improve your experience as explained in our Cookie Policy. You can reject cookies by changing your browser settings.   READ MORE I ACCEPT

The plan, Clean B.C., also redirects revenue from the carbon tax into incentives for the province's biggest industries to move to cleaner operations.

The reductions outlined in Wednesday's plan, however, only fulfil 75 per cent of that 2030 target. The province said the remaining 25 per cent will be worked out over the next 18 to 24 months.

(SEE ALSO: Glaciers are melting at their fastest pace in 400 years) 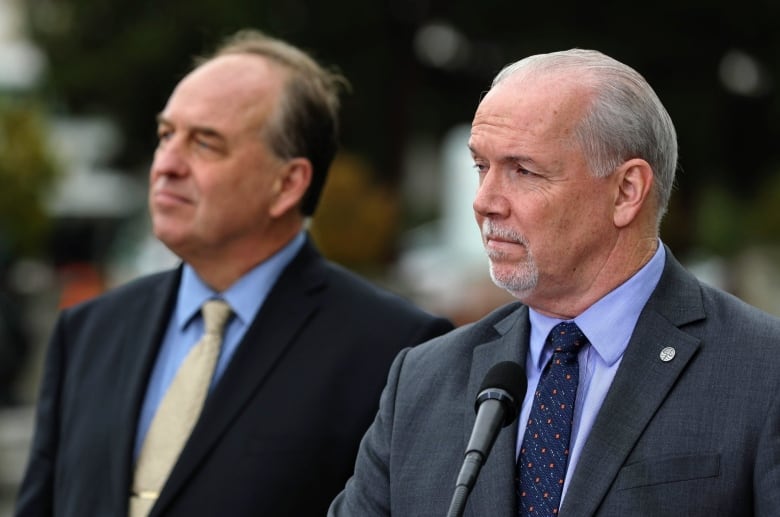 Cleaner cars and cleaner buildings — as well as incentives for people to afford the shift — were highlights of the plan.

It said every building built in B.C. will need to be "net-zero energy ready" by 2032, meaning they're efficient enough so their total energy needs could be met with renewable energy sources like solar panels.

B.C. is also allocating $400 million to support retrofits and upgrades to existing homes and office buildings, as previously announced, including incentives for homeowners to pay for renovations to things like windows and heat pumps.

A Clean Communities fund will also be available to remote communities, so residents can apply for grants to upgrade existing housing in their neighbourhoods.

As for transportation, the plan says every car sold in B.C. will need to be zero-emission by 2040 — as announced by Horgan last month. The plan, again, offered incentives for people to afford the switch.

A portion of B.C.'s carbon tax, paid by industry, will be saved and redirected into incentives for cleaner operations for operations like mining aluminum and oil and gas.

Clean electricity will also be provided to "planned natural gas production in the Peace region."

In October, LNG Canada announced its $40-billion LNG project in Kitimat was going ahead.

According to information provided by the province, LNG Canada's plant would be the least greenhouse gas-intensive large LNG facility in the world.

Weaver slammed the project after its approval, saying it would clash with the province's climate goals.

WATCH BELOW: SAVING NATURAL GAS IS IMPORTANT IN B.C. THIS WINTER

The Green leader, who worked as a climate scientist before transitioning to politics, struck a different tone on Wednesday.

"This isn't a plan to make people spend a bunch of taxes and hurt people's take-home pay," he said. "It is about sending a message to the broad market in B.C. and internationally that B.C. is going to rise to the challenge: 'We welcome business in B.C., but that business will be clean business.'"

Weaver also addressed the 25 per cent gap in the plan.

"The answer is, yes, we're only 75 per cent of the way there, but look what we've accomplished in doing that," he said.

Horgan's minority NDP government is supported in the legislature by the B.C. Green Party​.

Pembina Institute spokeswoman Karen Tam Wu has said B.C. currently emits about 63 megatonnes of greenhouse gas emissions annually and its goal is to get that number down to about 13 megatonnes by 2050.

WATCH BELOW: CATHERINE MCKENNA: 'THAT IS DISGUSTING AND TERRIBLE', THE ONE STAT THAT SPARKED THIS QUOTE

This article was written for the CBC by Rhianna Schmunk.