Expired News - As the ocean rises, so does the risk of breast cancer - The Weather Network
We use cookies on this site to improve your experience as explained in our Cookie Policy. You can reject cookies by changing your browser settings.   READ MORE I ACCEPT

As the ocean rises, so does the risk of breast cancer

Wednesday, January 16, 2019, 2:05 PM - It is encouraging to see greater attention in the media to the issue of climate change and its effects on the life-support systems of the planet. The link between breast cancer and the environment, however, is being overlooked.

Premenopausal women exposed to high levels of air pollution have a 30 per cent increased risk for breast cancer, according to a paper in Environmental Epidemiology published by Paul Villeneuve, a professor of occupational and environmental health at Carleton University, and his research team last year.

This should trigger a wake-up call given that we tend to think of breast cancer as a disease of aging women.

In fact, the science of breast cancer tells us that “genetic susceptibility makes only a small to moderate contribution” to breast cancer. The known risk factors — such as family history, age, gender, ethnicity and hormones — account for only around three in 10 cases.

The other 70 per cent are likely related mostly to environment — including the air, water and soil, the places we live and work in and the products we consume — according to current research.

In Canada, over 26,300 women were diagnosed with breast cancer in 2017 so that 70 per cent represents a lot of women.

CARCINOGENS IN OUR WORKPLACE

Our work environments are part of this story.

A paper published last November in New Solutions Journal points to workplace exposures as the cause for one woman’s breast cancer. 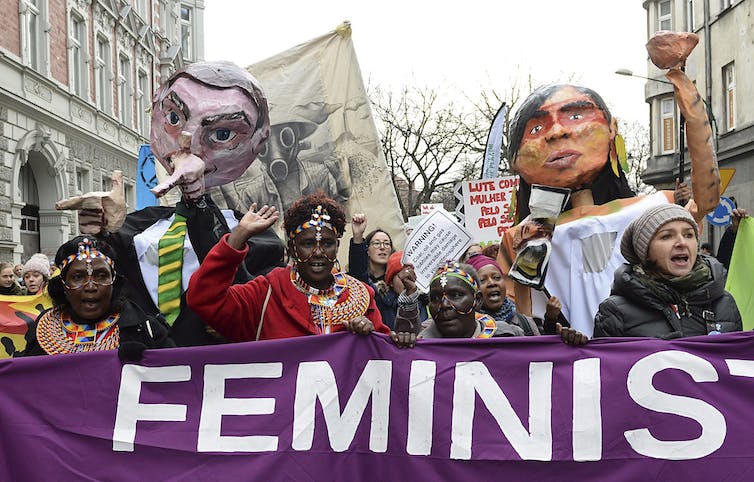 Using the evidence presented at a worker’s compensation hearing, Michael Gilbertson, a former federal government biologist who studied the health effects of toxic chemicals, and Jim Brophy, an occupational health researcher, found that they could infer a causal relationship between the woman’s diagnosis of breast cancer and her high exposure to air pollution — as a border guard at the bridge connecting Windsor, Ont. to Detroit, Mich.

Despite the scientific evidence highlighting environmental factors and the important role they likely play in contributing to breast cancer, the woman at the bridge was denied compensation.

She was denied even though breast cancers were occurring in this region at a rate up to 16 times higher than the rest of the county, and in an environment with pollutants containing known breast carcinogens such as benzene and polycyclic aromatic hydrocarbons.

It is not surprising, given that environment is regularly ignored when we talk about breast cancer.

A DISEASE OF OUR COMMUNITIES

When researchers study what women know about breast cancer they find a focus on cures, detection and treatments. What’s often missing from their list is prevention, and prevention is often confused with early detection.

Primary prevention means stopping cancer before it starts — not finding it and treating it early, although that too is important. Women’s knowledge of breast cancer is importantly connected to media and medical practitioner’s messages.

Forecasts of the future of cancer tell us that one in two Canadians will likely be diagnosed with cancer in their lifetime. Projections show rising rates of many cancers, including breast cancer. 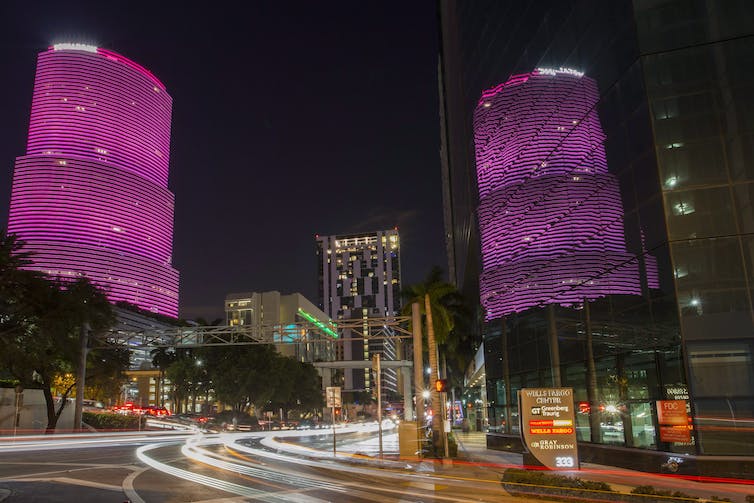 The Miami Tower is lit up pink and purple for Metastatic Breast Cancer Awareness Day, on Oct. 13, 2018 in Miami. There are 155,000 women in the United States living with this cancer. (Jesus Aranguren/AP Images for AstraZeneca

“breast cancer is not only a disease of abnormal cells, but also of communities we create and live in.”

If we apply his argument, it means we can create conditions for fewer future breast cancers. The question then becomes how?

To start, we need to make prevention at least as much a priority as early detection, better treatments and the search for cures. We also have to take a good look at all suspected causes.

Conversations about prevention often stir debate about what is to blame for the breast cancer rates we are seeing. But an aging population of women who make bad lifestyle choices doesn’t explain increases in breast cancers in more and younger women.

We need confidence in what the science is already showing us about the role of environmental and workplace hazards in breast cancer causation.

Indeed, the evidence points to associations between numerous environmental pollutants and an increased risk for breast cancer — including pesticides, herbicides, synthetic chemicals, endocrine disrupting chemicals and vehicle emissions. Living and working in proximity to these exposures, especially during vulnerable windows of development, is putting women at high risk.

We need greater awareness and extended programmes that focus on these environmental and workplace causes. And we need to create and enforce policies and put regulations in place that prevent such exposures.

The women in Paul Villeneuve’s study are not unlike the female border guard. These cases are all linked to high levels of air pollution. Their stories are those of countless other women who face exposures to breast carcinogens in many Canadian urban environments and workplaces with high levels of traffic and industrial pollution. 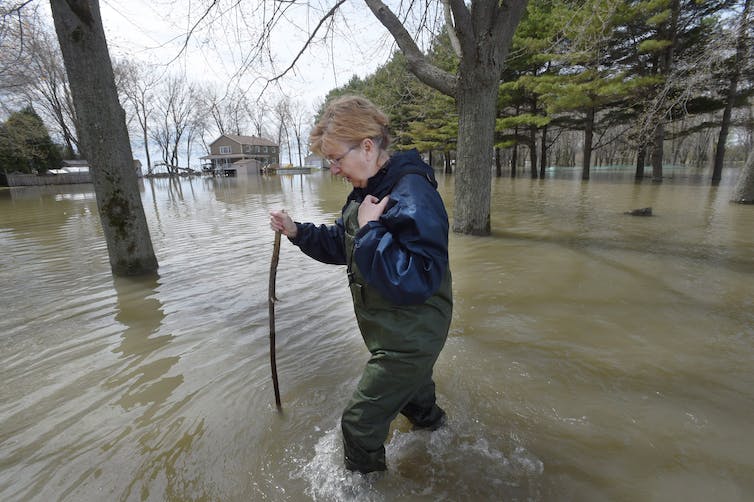 Flooding, as a result of climate change, can move contaminants to places where greater exposure by humans is possible. Here Suzanne Diamond walks through floodwaters from Lac-Saint-Pierre in Yamachiche, Que., in May 2017. (THE CANADIAN PRESS/Ryan Remiorz)

We also have evidence that these exposures are increasing, as our climate is changing. This link is complex, as is so much about cancer generally. Air pollution is one of the many causes of climate change as well as breast cancer.

Finally, as the incidence of fires increase with climate change, exposures to chemicals associated with the development of breast cancer often found in fires also increase. Studies are now investigating possible elevated incidence of breast cancer among women firefighters. They are clearly a highly exposed group and may be just one example of women bearing an elevated breast cancer risk.

At this important moment in history, as we debate the poor state of the environment and the adverse outcomes associated with it, we have the opportunity to make prevention of the many diseases — including breast cancer — a priority.

Many stories report on the numerous health problems connected to climate change including other cancers, cardiovascular disease, fertility problems, asthma, adverse birth outcomes, disabilities, diabetes and stroke. And yet, despite increasing evidence of an association between breast cancer and environmental exposures, the media does not cover this piece of the story.

We must do the work now to create a future where we won’t have to surrender our good health to unregulated exposure to known and suspected breast carcinogens. Instead we must implement the precautionary principle — in our communities, our workplaces and across our planet.