Expired News - Alan Kurdi a climate refugee, observers say. Here's why - The Weather Network
We use cookies on this site to improve your experience as explained in our Cookie Policy. You can reject cookies by changing your browser settings.   READ MORE I ACCEPT

Adapted from This Is What A Climate Refugee Looks Like, originally published by the National Observer, a new Canadian website launched by award-winning journalists to cover climate change.

Wednesday, September 9, 2015, 3:00 AM - A police officer stands over the corpse of a small child on a desolate beach and within hours the image of the scene is an icon of grief and rage around the world.

The child was Alan Kurdi, aged 3, who fled with his family from Syria’s bloody civil war with a goal to eventually reach Canada. The Kurdi family joined millions of others Syrians seeking a new life abroad, victims of dictatorship, civil war and extremism. And a climate disaster that began nearly a decade ago played a significant role in creating the conditions behind the exodus, many observers are saying.

“Some of you know the underlying story of what caused the gates of hell to open in Syria. Our hearts are heavy when we even think about the tragedy in that land,” former U.S. vice-president Al Gore said in a speech in July at Toronto’s Climate Summit of the Americas. “From 2006 to 2010, [Syria] had a climate-related drought that destroyed 60 per cent of their farms and killed 80 per cent of their livestock and drove a million and a half climate refugees into the cities of Syria, where they collided with another million and a half refugees from the Iraq War, and the WikiLeaks disclosure of documents inside the Syrian government in that era show their discussion [of] ‘we can’t deal with this.’”

Once-wealthy farmers were reduced to penury, while city dwellers struggled to cope with water shortages, unemployment, rising living costs and government oppression. By 2011, Syrian society was a tinderbox waiting to explode and Arab Spring revolutions in Egypt, Tunisia, and Libya lit the fuse that sparked full-scale war.

It is noteworthy that when anti-regime protests first broke out in 2011, they spread in cities worst-hit by the drought: first in Daraa, then spreading north to Damascus, Aleppo, al-Hasakah and al-Qamishli.

These same drought-hit cities witnessed some of the worst fighting as the war escalated, as rival militias reduced Aleppo to rubble, while the regime of Syrian President Bashar al-Assad launched a chemical weapons attack on a suburb of the capital, Damascus, in 2013. Farther east, the area around al-Hasakah and nearby Raqqa is under the control of Islamic State, who have committed widespread atrocities against civilians.

“The fact that there was this massive population displacement from rural areas into urban areas, those dynamics may have contributed to social unrest, and the sustainability of the revolutionary movement,” said Francisco Femia, director of the Center for Climate and Security in Washington. 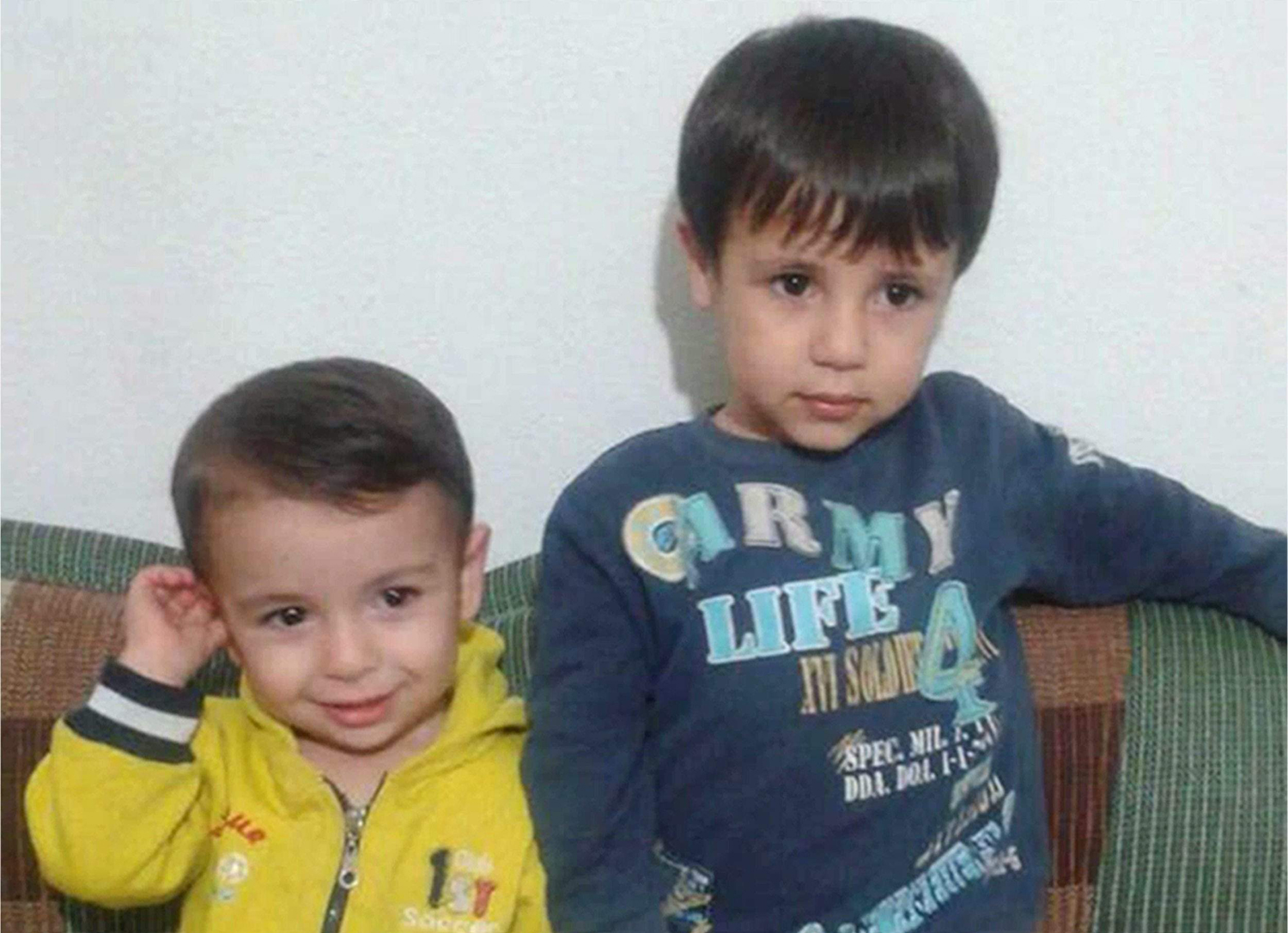 Alan Kurdi, 3, left, and his brother, Galib, 5. Both boys drowned Sept. 2, 2015, along with their mother, Rehana, when the boat they were in capsized as they tried to cross from Turkey to Greece after fleeing war-torn Syria. The father, Abdullah, survived. The family hoped to one-day join an aunt who lives in British Columbia.

In 2003, before the drought’s onset, Syria was viewed by most observers as stable, ruled since 1970 by the Assad family dictatorship, whose secret police force ruthlessly crushed any dissent.

At the time, agriculture accounted for 25 per cent of Syria’s gross domestic product and the country had declared itself self-sufficient in wheat in the mid-1990s, according to a study published in March by the U.S.-based journal Proceedings of the National Academy of Sciences (PNAS) entitled “Climate Change In The Fertile Crescent And implications Of The Recent Syrian Drought.”

By 2008, however, after the driest winter on record, wheat production crashed and the agricultural share of GDP fell to 17 per cent. As a result, small- and medium-scale farmers and herders suffered zero or near-zero production, and almost all of their livestock was lost.

This meant that Syria was forced to import wheat, helping to trigger a rise in food prices and livestock feed, which together with mass migration to cities helped set the stage for the 2011 uprisings and subsequent civil war.

“There was a dramatic increase in nutrition-related diseases among children in the northeast provinces, and enrollment in schools dropped by as much as 80 per cent as many families left the region,” the PNAS study says. “Bashar al-Assad, who succeeded his father in 2000, shifted to liberalizing the economy by cutting the fuel and food subsidies on which many Syrians had become dependent. These cuts continued despite the drought, further destabilizing the lives of those affected. Rural Syria’s heavy year-to-year reliance on agricultural production left it unable to outlast a severe prolonged drought, and a mass migration of rural farming families to urban areas ensued.”

And the study makes clear that man-made climate change was the most likely cause of the drought, which was aggravated by the Assad regime’s unsustainable agricultural practices, such as irrigation projects and diesel fuel subsidies.

“Precipitation changes in Syria are linked to rising mean sea-level pressure in the Eastern Mediterranean, which also shows a long-term trend. There has been also a long-term warming trend in the Eastern Mediterranean, adding to the drawdown of soil moisture,” the study says. “No natural cause is apparent for these trends, whereas the observed drying and warming are consistent with model studies of the response to increases in greenhouse gases. Furthermore, model studies show an increasingly drier and hotter future mean climate for the Eastern Mediterranean. Analyses of observations and model simulations indicate that a drought of the severity and duration of the recent Syrian drought, which is implicated in the current conflict, has become more than twice as likely as a consequence of human interference in the climate system.”

“We’re not saying the drought caused the war,” Richard Seager, a climate scientist at Columbia University’s Lamont-Doherty Earth Observatory who co-authored the study, told Scientific American magazine. “We’re saying that added to all the other stressors, it helped kick things over the threshold into open conflict. And a drought of that severity was made much more likely by the ongoing human-driven drying of that region.”

The chaos was foretold 12 years ago at the Pentagon, the headquarters of the U.S. Defense Department. An “abrupt climate change scenario” would lead to shortages of key resources including water, owing to altered rainfall patterns causing floods and droughts, it warned in a 2003 report titled An Abrupt Climate Change Scenario and Its Implications for United States National Security. Decreases in net global agricultural production would also lead to food shortages, and increased sea ice levels and storms might disrupt access to energy supplies.

“With over 400 million people living in drier, subtropical, often over-populated and economically poor regions today, climate change and its follow-on effects pose a severe risk to political, economic, and social stability,” the report warns. “In less prosperous regions, where countries lack the resources and capabilities required to adapt quickly to more severe conditions, the problem is very likely to be exacerbated. For some countries, climate change could become such a challenge that mass emigration results as the desperate peoples seek better lives in regions such as the United States that have the resources to adaptation.”

The report predicts that wealthier countries would react to this threat by building “fortresses” around their territory, most recently exemplified by the Hungarian government building a 173-kilometre border fence along its southern frontier, aimed to keep refugees out. It goes on to state that weaker nations, including those in conflict with their neighbours, might react by launching armed struggles over food, clean water, or energy supplies, their primary goal being survival.

“…conflicts over land and water use are likely to become more severe – and more violent,” the report states. “As states become increasingly desperate, the pressure for action will grow.”

This grim warning was restated earlier this year, when the U.S. Defense Department released its National Security Implications of Climate-Related Risks and a Changing Climate report, warning that “climate change is an urgent and growing threat to our national security, contributing to increased natural disasters, refugee flows, and conflicts over basic resources such as food and water.”

As a result, the U.S. military will likely find itself dealing with climate risks including persistent and reoccurring droughts, floods, or higher temperatures, extreme weather events such as hurricanes, sea level rises menacing coastal communities, and melting Arctic ice.

“Communities and states that are already fragile and have limited resources are significantly more vulnerable to disruption and far less likely to respond effectively and be resilient to new challenges,” the report states. “Case studies indicate that in addition to exacerbating existing risks from other factors (e.g. Social, economic, and political fault lines) climate-induced stress can generate new vulnerabilities (e.g. water scarcity) a and thus contribute to instability and conflict even in situations not previously considered at risk.”

No provisions for climate refugees on the home front

The haunting picture of Kurdi’s corpse is a rallying cry for Canadians demanding a more generous refugee policy, but the attention is focused on war victims, not those fleeing climate change.

Canada has previously proven generous to those fleeing war and conflict, as this country has taken in previous waves of refugees fleeing oppression and conflict in Hungary, Uganda, Vietnam, and the former Yugoslavia.

Current Canadian refugee policy, however, has no provisions for those fleeing climate change, be it extreme drought or rising sea levels threatening to drown small island nations, despite the possibility that global warming could displace up to one billion people over the next 50 years.