Expired News - Stephen Hawking warns: Flee Earth before it's too late - The Weather Network
We use cookies on this site to improve your experience as explained in our Cookie Policy. You can reject cookies by changing your browser settings.   READ MORE I ACCEPT

Stephen Hawking warns: Flee Earth before it's too late

Sunday, January 24, 2016, 3:54 PM - A word of advice from one of the world's most brilliant theoretical physicists since Einstein: don't have all your eggs in one basket.

More specifically, don't have all your eggs on one planet.

The British professor recently told the U.K.'s Radio Times that it's almost certain humans will destroy the planet beyond repair within the next thousand or ten thousand years.

FOR SCIENCE!: Teleporting yourself is a bad idea. Here's why

Hawking noted that though the chance of a disaster on earth in a given year could be low, the possibility adds up over time. He lists nuclear war, climate change, and genetically engineered viruses among the top possible causes for our demise.

But the physicist isn't too pessimistic about the inevitable end to earth as home for humans. Rather, he suggests the idea of a likely alternative.

"I believe that the long-term future of the human race must be in space. ... It will be difficult enough to avoid disaster on planet earth in the next hundred years, let alone in the next thousand or million," Hawking told digital forum the Big Think. "The human race shouldn't have all its eggs in one basket, or on one planet. Let's hope we can avoid dropping the basket until we have spread the load."

Hawking isn't the only scientist to suggest "Plan B" planets for natural disasters. In 2013, engineer and investor Elon Musk said that "[a]n extinction event is inevitable." Musk added, "[e]ither we spread earth to other planets or we risk going extinct."

What's an alternative to fleeing earth? The best bet is to care for it while possible, but even that option isn't sound. In the time it will take to make earth inhabitable, Hawking tells the Big Think that there's always the chance a nearby supernova, an asteroid, or a black hole will beat humans to their own destruction.

RELATED VIDEO: A new planet in our solar system? See what NASA has to say about "Planet Nine" 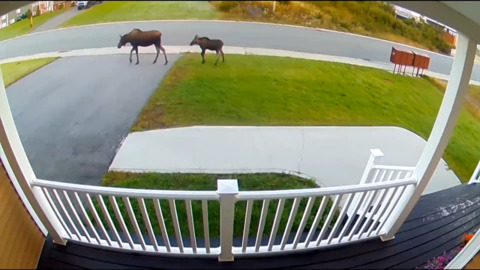