Expired News - 7 terrifying photos of gigantic hailstones - The Weather Network
We use cookies on this site to improve your experience as explained in our Cookie Policy. You can reject cookies by changing your browser settings.   READ MORE I ACCEPT

Thursday, July 21, 2016, 5:10 PM - While many people associate severe weather with the blizzards and ice storms that come with winter, summer can be a pretty active season, too.

Tornadoes, floods, and lightning are staples of the season, and many of these systems are accompanied by hail.

These large ice spheres are born out of thunderstorms with strong updrafts. They typically form within an unstable airmass. Most hail storms produce stones that vary in size, ranging from pea-sized to quarter-sized.

But sometimes, they can get much larger than that. This hailstone, with a diameter of approximately 7 cm, was spawned during a violent storm that tore through the Prairies. Numerous trees were said to be damaged, along with some car windows:

1. Off-the-chart-sized hail, a.k.a. the largest hail storm EVER recorded in the U.S. in Vivian, South Dakota (estimated diameter: a staggering 20 cm) 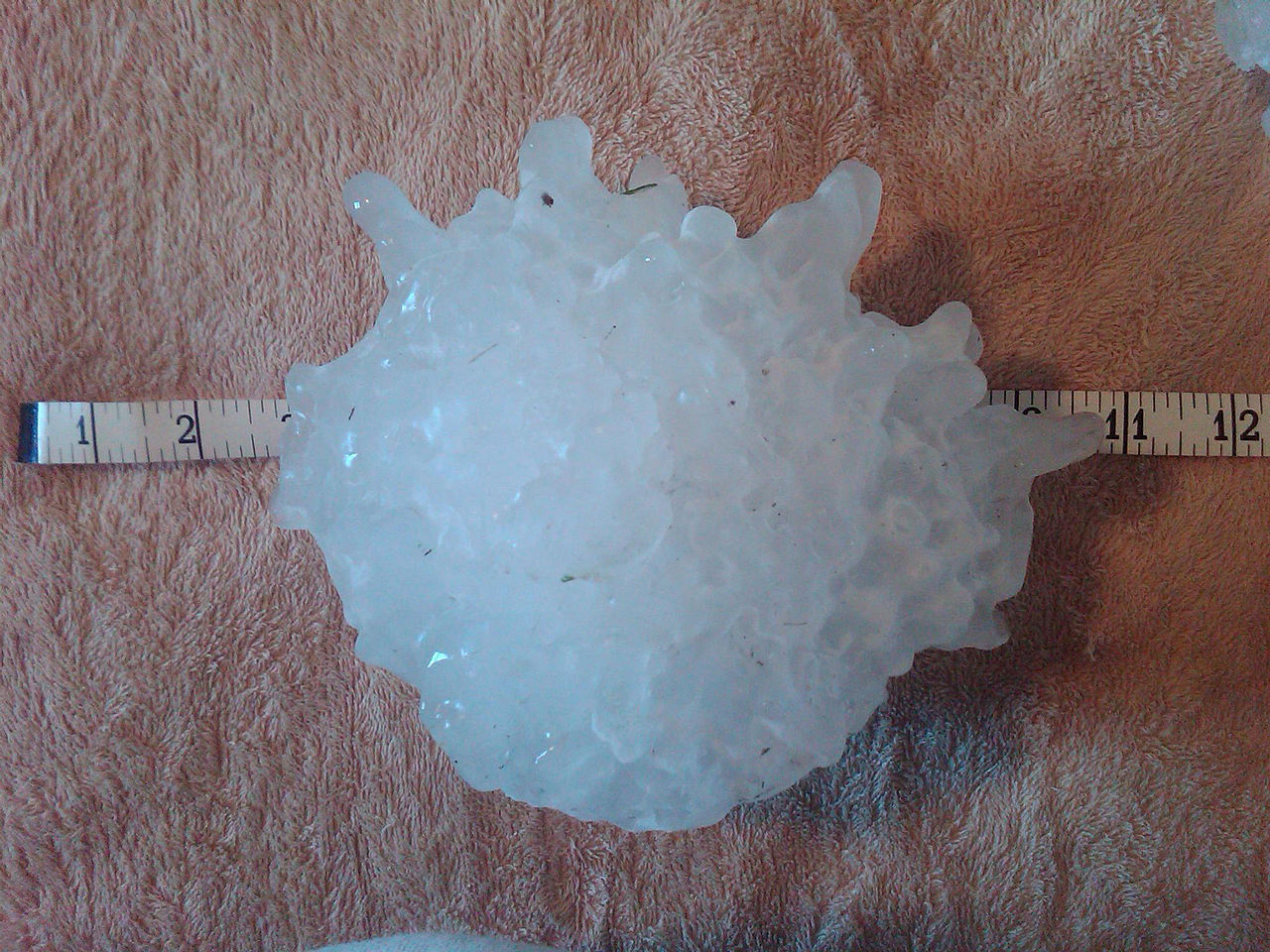 This monster of a hailstone weighed in at 1.94 pounds, smashing the previous record of 17.78 cm in diameter which fell in Aurora, Nebraska on June 22, 2003.