Expired News - Lake ice coverage skyrockets after bitter cold spell, see it - The Weather Network
We use cookies on this site to improve your experience as explained in our Cookie Policy. You can reject cookies by changing your browser settings.   READ MORE I ACCEPT

News
Editor's Choice
Canada takes a stance on wearing masks
OUT OF THIS WORLD | Earth, Space And The Stuff In Between - a daily journey through weather, space and science with meteorologist/science writer Scott Sutherland

Wednesday, February 17, 2016, 2:12 PM - One extreme blast of winter over the past few days has frozen nearly three quarters of Lake Erie and driven ice extent on the lakes to its highest levels so far this year.

Look back just a week or two ago and the Great Lakes were mostly ice free.

The following two images were snapped by NASA's Aqua satellite as it flew over on Feb. 5.

Most notable was Lake Erie, the shallowest of the Great Lakes, and thus the one that typically freezes over and stays frozen nearly all winter long.

This is what they look like now, as imaged by Aqua and the Suomi NPP satellite, after a bitterly cold Arctic blast settled over the Great Lakes area, plunging temperatures down to -17oC in Windsor, -24oC in London and Hamilton, and -26oC in Toronto. 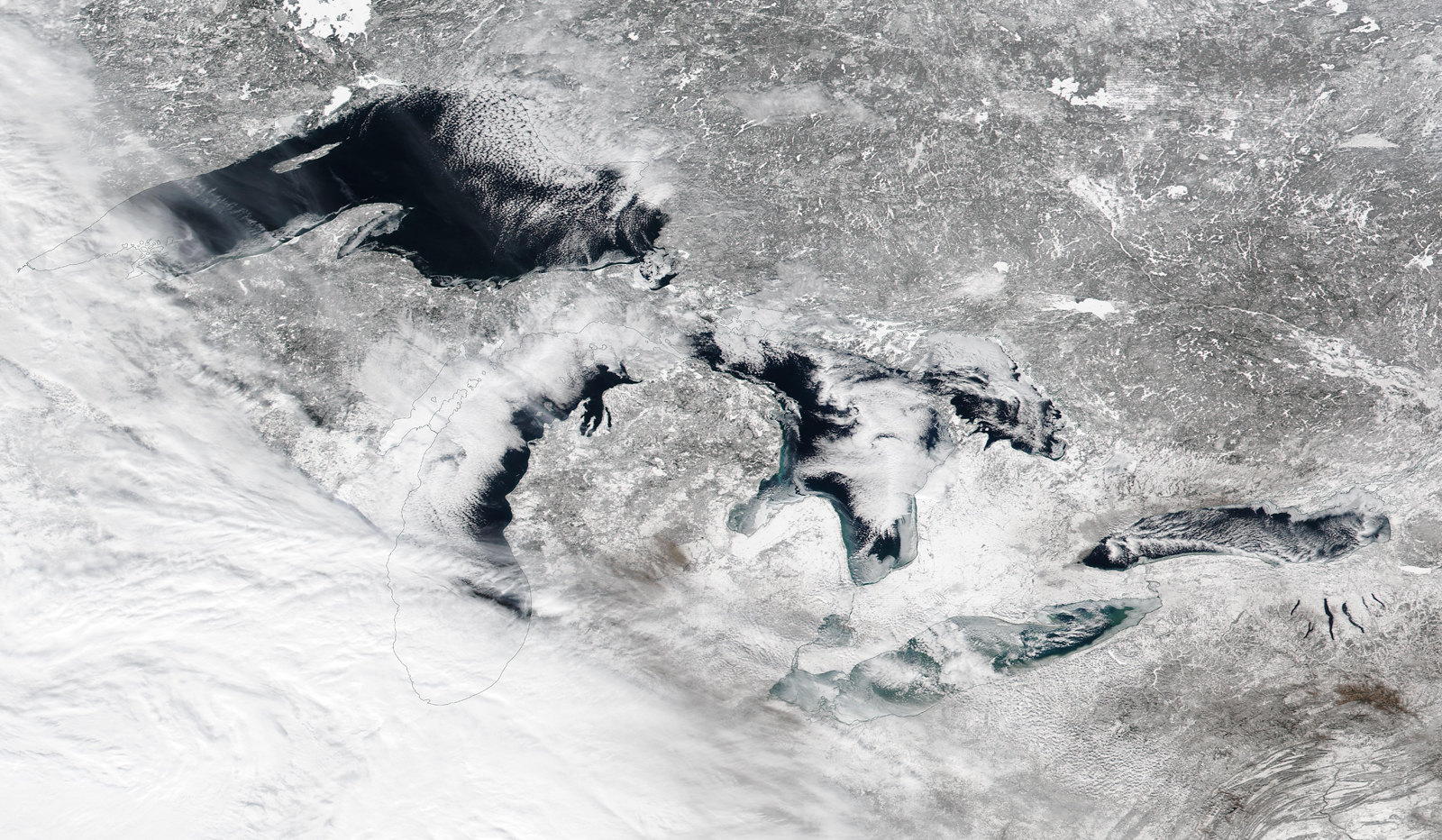 As of Sunday, February 14, ice extent on the lakes reached a maximum of 34 per cent, with Lake Erie freezing over to roughly 66 per cent on that same day, and up to nearly 79 per cent on Monday.

With the mild weather through December and much of January, ice extents on the Great Lakes had been at some of their lowest levels in years - especially when compared to the past two winters, but also going back a decade or more.

Overall ice extent is once again dropping as temperatures rise over the Great Lakes region, and this week's somewhat unseasonal warm-up will very likely put a further dent in those numbers.