A woman in eastern Prince Edward Island beat a hasty retreat earlier this week when confronted with a swarm of Asian lady beetles.

Susan Walsh of Burnt Point, near Georgetown, was out in her yard, and said at first the swarm looked like a cloud of dandelion fluff, but as she went to investigate she found they were orange beetles. She had seen the beetles before, but never so many.

"They landed all on the side of the house. They landed on me. They bite," said Walsh.

After being bitten she moved quickly into the house and closed all the windows and doors to keep them out.

"I like ladybugs. But these guys, I think, are maybe a not-quite-so-nice version," Walsh said.

"They're not my friend." 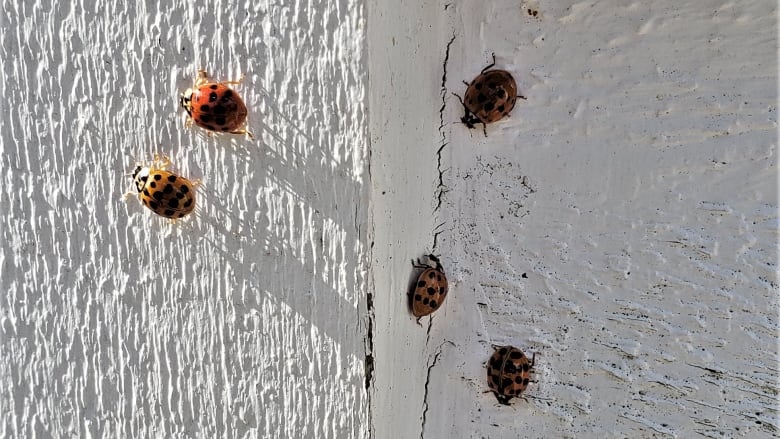 A few stragglers from the swarm remain at Susan Walsh's house. (Jane Robertson/CBC)

Closing up the house was a good idea, said Agriculture Canada entomologist Christine Noronha, who said the beetles were likely on their way to a hibernation location.

"When they find a spot to hibernate they put out a pheromone and call other beetles to the area," said Noronha.

"They find a good spot, they put out this pheromone, and so they just all migrate to that area and they'll hibernate in a big cluster."

They are particularly fond of houses, she said, because they are looking for warm places to overwinter. 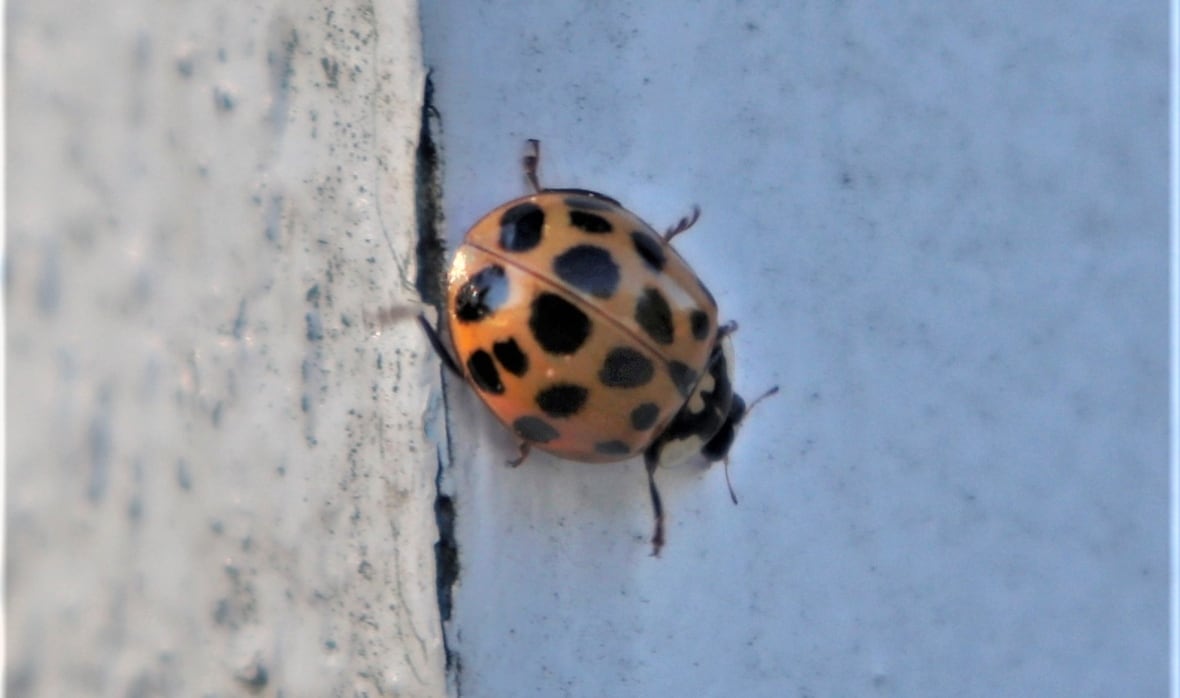 The Asian lady beetle can be identified by the black M-shaped mark behind its head. (Jane Robertson/CBC)

The Asian lady beetles are an invasive species, originally from east Asia, and can be identified by a black M-shaped mark behind their heads. Noronha said the Burnt Point swarm is a sign the population on P.E.I. is growing.

Noronha confirms the beetles will bite, unlike other lady beetle species, and she said they have other unpleasant habits. They will release a bad smell when threatened that is meant to ward off predators, as Walsh discovered when she tried to help one of them out of her house with a tissue. They also displace native species, partly because they like to eat the larvae of other lady beetles.