The world's most deadly mushroom is becoming more common in urban areas in southwestern British Columbia, according to a new article in the B.C. Medical Journal, and the authors say doctors need to know how to spot a poisoning case.

Amanita phalloides, more commonly known as the death cap mushroom, is behind 90 per cent of the world's mushroom-related fatalities, the paper says.

Study co-author Dr. Omar Ahmad, who also serves as department head of emergency medicine and critical care for Island Health, said he and his colleagues want doctors in the region to be able to recognize the unique symptoms.

"We just wanted to bring this out," said Ahmad. "It's very easy to miss, unfortunately."

The mushroom's effects don't set in immediately when it's eaten, but after six to 12 hours the patient will experience flu-like symptoms including nausea, diarrhea and vomiting.

But then there's a strange second phase, and for Ahmad that's when the effects become terrifying.

The symptoms of the mushroom poisoning can disappear awhile, making the patient think they're out of the woods. 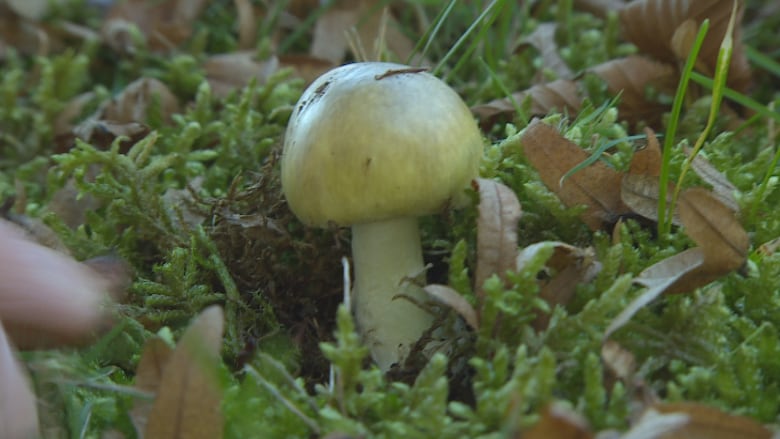 The fungus that grows death cap mushrooms was introduced to B.C. on European trees imported to beautify Vancouver, Victoria and other parts of the province. This death cap was growing on the base of a hornbeam tree near Main Street in Vancouver. (Tristan Le Rudulier/CBC)

"The toxins of the mushroom continue to do their damage in a sort of silent, latent manner," said Ahmad. "They start to cause massive destruction of the liver and the kidney."

He said at that point there's little doctors can do.

According to Ahmad, the mushroom was brought over from Europe with imported trees in the 1960s, but only appeared in the region in the past 20 years. They're commonly found near B.C.'s native Garry oak trees. 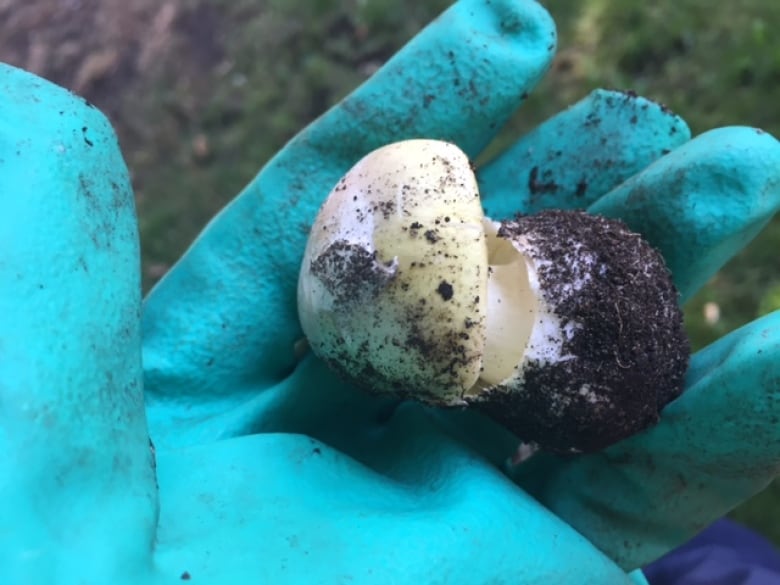 A very young death cap is pictured before the cap flattens and changes colour. The species is sometimes mistaken for edible straw mushrooms, which do not grow in B.C. In early stages, they can be mistaken for puffballs. (Oak Bay Parks staff/Chris Hyde-Lay)

Ahmad warned that local foragers might accidentally pick the lethal mushroom as it becomes more common in urban areas such as Vancouver, Victoria and the Fraser Valley. He said within a decade they're expected to spread right across Vancouver Island as the climate changes.

Ahmad's paper in the B.C. Medical Journal says there are three known cases where people have been hospitalized after eating the mushroom.

In two of the cases, mushroom pickers mistook the death caps for other species. Both patients — one in Victoria and one in Vancouver — survived.

In the third case, a three-year-old boy died in Victoria in 2016 after foraging with his family.