Wednesday, November 25th 2020, 11:43 am - Tuesday's rescue is a good reminder to the public to be careful near water, a fire-paramedic service says.

The Winnipeg Fire Paramedic Service is reminding the public to be cautious near bodies of water, after first responders helped a deer that fell through ice on the Red River on Tuesday.

Emergency crews got a call just before 12:15 p.m. about the deer, which was struggling to get to the riverbank near the University of Manitoba.

"Two members, wearing appropriate safety gear, made their way to the open water and were able to grab ahold of the deer," a city spokesperson said Tuesday. 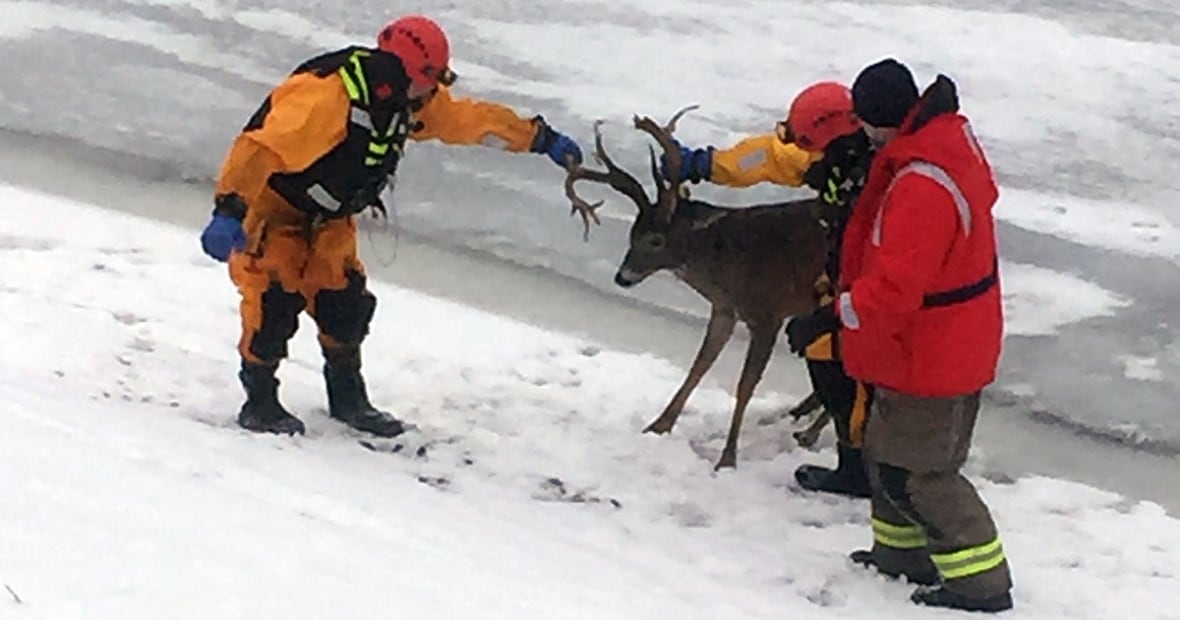 Crews used a haul system to pull the deer and two members back to the riverbank, a city spokesperson said. (City of Winnipeg/Facebook)

The team on the riverbank used a haul system to pull the two members and the deer to safety, the spokesperson said.

"This is a good reminder for residents to avoid all bodies of water because of thin ice conditions."

VIDEO: THE SCIENCE BEHIND ICE SAFETY