A few unwelcome spectators interrupted a Little League ball game, in Windsor, under the lights on Tuesday night. A Forest Glade baseball game had to be called Monday night after a swarm of fish flies made playing conditions unsafe. (Submitted by Melissa McGraw

"Kids have fun dodging, swatting the fish flies away," said Apthorp. "But it's not usually too bad."

A game Monday night was called for safety reasons after Apthorp said kids in the outfield couldn't see and the umpire had close to 100 fish flies on him by the time he called the game.

"For the most part, [spectators and parents] are good sports," said Apthorp. "There's a span of five to six days during the year where some parents sit in their car."

Beth Adlam said the fish flies have been out in "full force."

"Maybe we need to change our mascot to the fish flies," said Adlam. Her three children play in the Forest Glade league, and two of her kids also umpire. 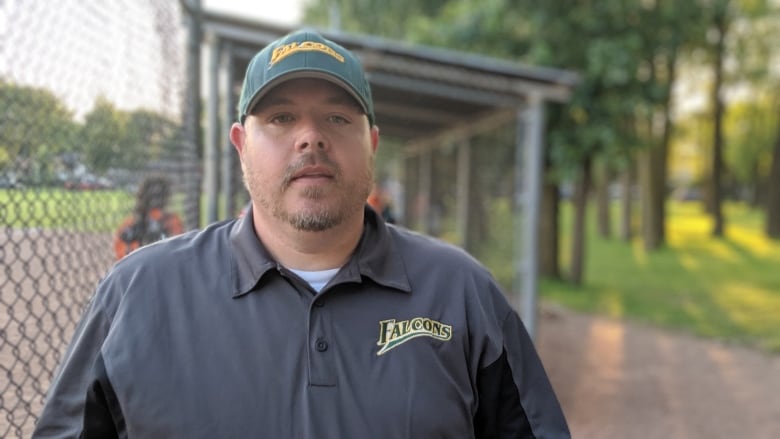 "The spectators were kind of up and running around [Tuesday]," said Adlam. "They were getting into players' eyes and ears and mouths. It was not pleasant."

Adlam said the players still wanted to play, but the umpires said it wasn't safe enough.

Player Jessie McDonald called it disgusting and distracting and player Haily Emery said it was "uncomfortable to move," when the fish flies were landing on her face.

"I held my glove in front of my face," said McDonald.

Alyssa Andrews plays the catcher position — so she couldn't move.

"I was crying," said Andrews.

Teams played Wednesday night without having to call off the games, but team officials and players are hoping the fish fly season ends soon.

This article was written for the CBC, with files from Sanjay Maru.