Thursday, September 24th 2020, 9:26 am - Particulate matter from fires a 'sort of fertilization' for top layer of Pacific Ocean.

While medical experts were warning British Columbians about the risk of inhaling fine particulate matter from the thick wildfire smoke that hung over much of the province during the last week of summer, marine experts were happy to see those same particulates infiltrating the Pacific Ocean.

According to B.C. oceanographer Richard Dewey, associate director of science with Ocean Networks Canada, particulate matter from burning forests that ends up in the ocean acts as fertilizer, providing minerals and nutrients to phytoplankton that live near the surface and are the base of the ocean's food system.

Phytoplankton are a large variety of aquatic microoganisms that perform photosynthesis, just like land-based plants do.

They use energy from the sun and convert it into food for the entire food chain. This makes them the primary producers of biomass in the oceans — pretty much all the edible carbon in the ocean comes from the action of these small creatures. 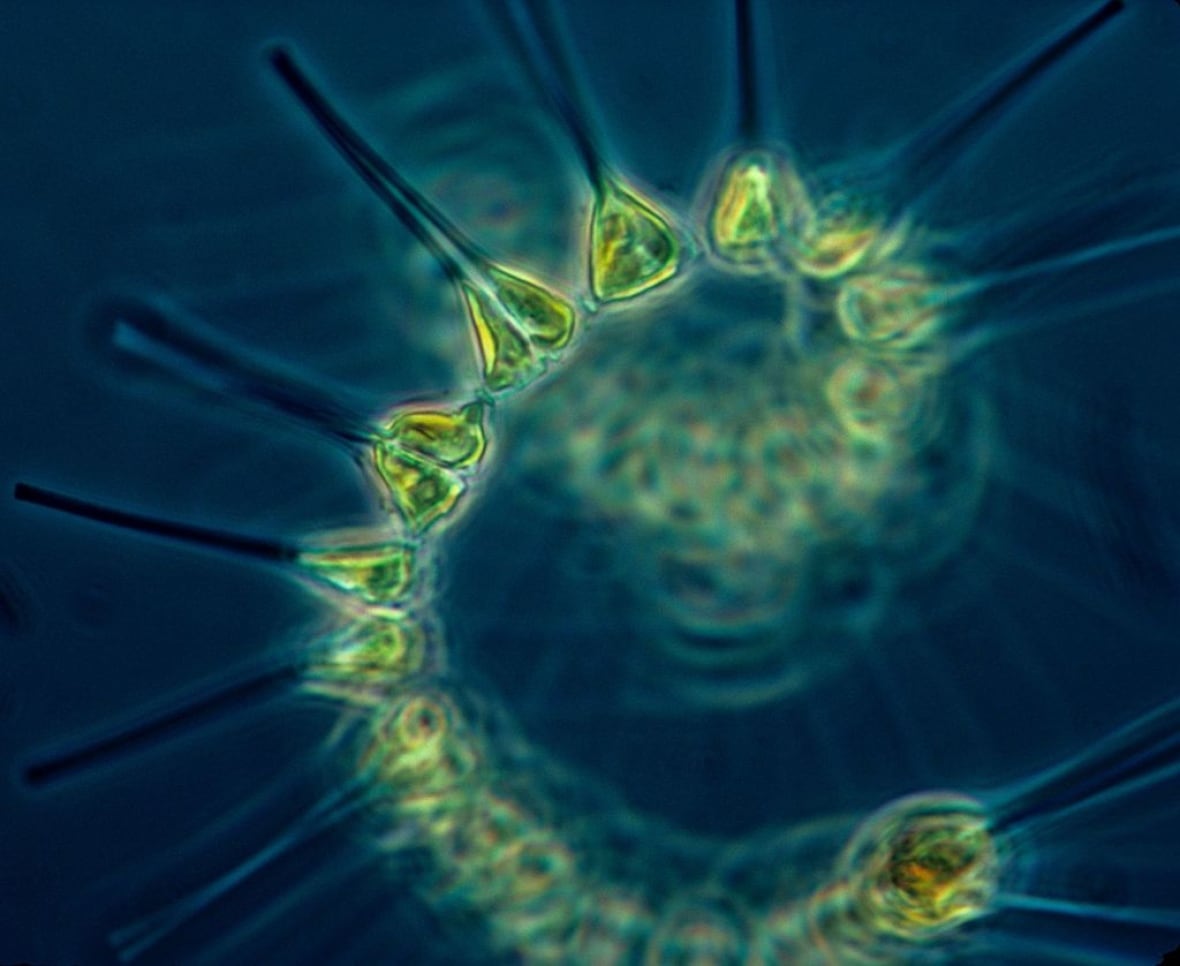 Phytoplankton is the foundation of the ocean food chain. (NOAA)

Dewey said the particulate matter, although harmful to respiratory systems, is predominantly organic carbon from burned vegetation and can contain minerals such as iron that help the microscopic marine algae grow.

"Smoke in some sense would have contributed to a sort of fertilization of that top layer of the ocean," said Dewey Tuesday on CBC's On The Island. "As far as the ocean is concerned, it is probably a net benefit."

He said the benefits may be bigger along the coast of the U.S., where wildfires have raged in Washington, Oregon and California this summer, and he will be checking in with colleagues south of the border in the coming weeks to see what those have been.

Dewey said Ocean Networks Canada has sensors on BC Ferries vessels and in about a week those sensors will show if the chlorophyll pigment in the water has increased, which would prove there has been phytoplankton growth.