Wednesday, November 18th 2020, 2:18 pm - Cold air is here, but you'll want to think twice before warming up your car before you take a ride.

It's a story that happens year after year in Canada: As temperatures drop, car thefts go up.

While nobody likes getting into a freezing car, it's better than not having a car at all. And with winter approaching, local police departments are starting their annual campaigns, reminding people that warm-up thefts are an ongoing issue in Canada.

It can take as little as ten seconds to steal a car, a former car thief told ABC in 2013 -- and if you're leaving your car unlocked and running, you're only helping the process along.

It's the speed of the theft that makes them particularly worrisome, because theives don't often have time to stop and check out what's in the back seat. In 2014, a car was stolen from a Mississauga, Ontario gas stationwith a 9-month-old baby in the back. The mother had left he vehicle to pay, and a thief quickly swooped in. In this instance, the car was abandoned when the thief realized there was a baby, who was returned safely to his mother, in the vehicle.

Last month, a Toronto woman was separated from her dog when her car was stolen. Thankfully, the 19-month-old Samoyed dog was unharmed.

'Warm-up thefts' can happen anywhere in Canada, and in any location -- including driveways, parking lots, and gas stations.

In 2019, York Regional Police reported between 30 and 40 such thefts in that section of Toronto each year.

And here's one other thing to keep in mind: In many jurisdictions, it is considered an offense to leave your car idiling for more than one minute, and if you're caught doing so by law enforcement, you might wind up with a ticket.

TIPS TO AVOID A WARM-UP THEFT: 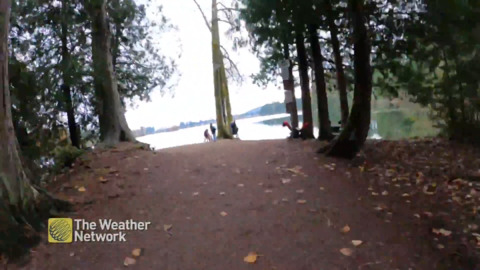