Friday, May 10th 2019, 12:39 pm - While Ottawa ponders what to do with contaminated sand, other municipalities are putting it to use.

While the City of Ottawa and dozens of other municipalities along the Ottawa River remained in a state of emergency Thursday, officials began addressing the question of how to dispose of the approximately four million sandbags used in the battle to keep homes dry.

Anthony Di Monte, Ottawa's general manager of emergency and protective services, estimates this city alone will be left with 1.5 million used sandbags, each of which poses a health risk.

"It's not toxic but it is contaminated because the septic systems have failed and now the sandbags are soaked with water with the contamination from the septic system," Di Monte said. "There's E. coli and all those other issues, so we have to dispose of them appropriately." 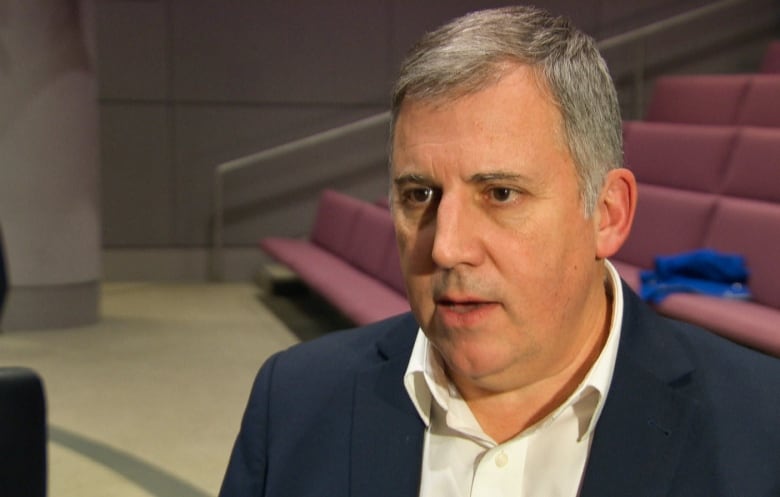 Residents should keep their sandbags in place until instructed to remove them, said Anthony Di Monte, Ottawa's general manager of emergency and protective services

LANDFILL OFF LIMITS FOR OTTAWA ...

Di Monte stressed that residents should not move sandbags until instructed by the city, especially with heavy rain in the forecast that could cause water levels to peak again on Sunday.

"Our city remains in a state of emergency to provide the necessary aid to the affected areas," Di Monte said. "We are asking residents to keep their sandbag walls up."

Simply dumping the used sand into the city's landfill isn't in the cards, according to Kevin Wylie, the city's general manager of public works, who said Wednesday staff have put together a task force to consider options.

"We have quite a robust recovery task force now. It includes our partners from public health, and we are looking at very innovative ways of reusing that sand," Wylie said. "The last thing we want to do is landfill it."

... BUT NOT FOR CLARENCE-ROCKLAND

Downstream in the municipality of Clarence-Rockland they're taking the opposite approach, using the contaminated content of some 270,000 sandbags to meet an existing need.

The municipality plans to use the sand as a cover layer over freshly dumped garbage at its landfill, something it's required to do anyway under provincial regulations to prevent seepage and keep wildlife away.

As of Thursday, Clarence-Rockland was developing a larger cleanup plan, with details to be announced shortly. 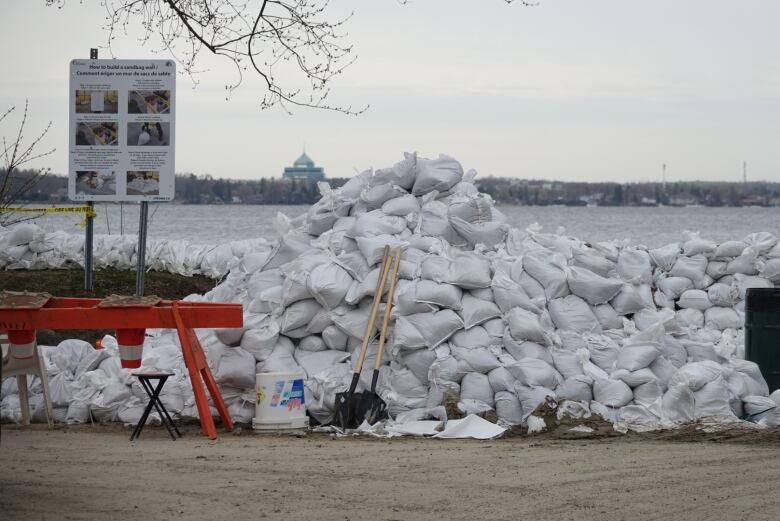 A pile of sandbags in Ottawa's Britannia neighbourhood, where it's feared rain could force river levels back up by as much as 27 centimetres by Sunday. (Giacomo Panico/CBC)

GATINEAU TO USE SAND ON ROADS

Even though officials with the City of Gatineau agree that sand from the sandbags contains contaminants, they nevertheless plan to reuse the sand for roadwork, and to spread on city streets next winter.

Such uses are permitted in Quebec, according to the province's Ministry of Public Security, which publishes guidelines on what to do with sand from used sandbags.

To encourage thoughtful and respectful conversations, first and last names will appear with each submission to CBC/Radio-Canada's online communities (except in children and youth-oriented communities). Pseudonyms will no longer be permitted.

By submitting a comment, you accept that CBC has the right to reproduce and publish that comment in whole or in part, in any manner CBC chooses. Please note that CBC does not endorse the opinions expressed in comments. Comments on this story are moderated according to our Submission Guidelines. Comments are welcome while open. We reserve the right to close comments at any time.

This article was written for the CBC by Giacomo Panico.