A wildlife pathologist says a large fish that washed up on P.E.I.'s shores near Borden-Carleton was likely in water too cold for it to survive.

She said she isn't 100-per-cent sure of the cause of death, but she has a theory.

"These fish are usually warm water or certainly tropical- or temperate-water fish," she said.

Sunfish may be found in waters around P.E.I. at the peak of summer, but shouldn't be around the Island this time of year, Bourque said.

"The cold temperature of the water tends to slow down their metabolism," she said. The fish was found near Borden-Carleton. (Danielle Jordan via CBC)

"What I expect happened with this fish is that it simply became hypothermic and wasn't able to cope and subsequently stranded."

The fish are not common in Island waters, though Bourque said she has talked to fishermen who have seen them or accidentally caught them in nets.

"We may start seeing more of them given the state of warming in our waters," she said. 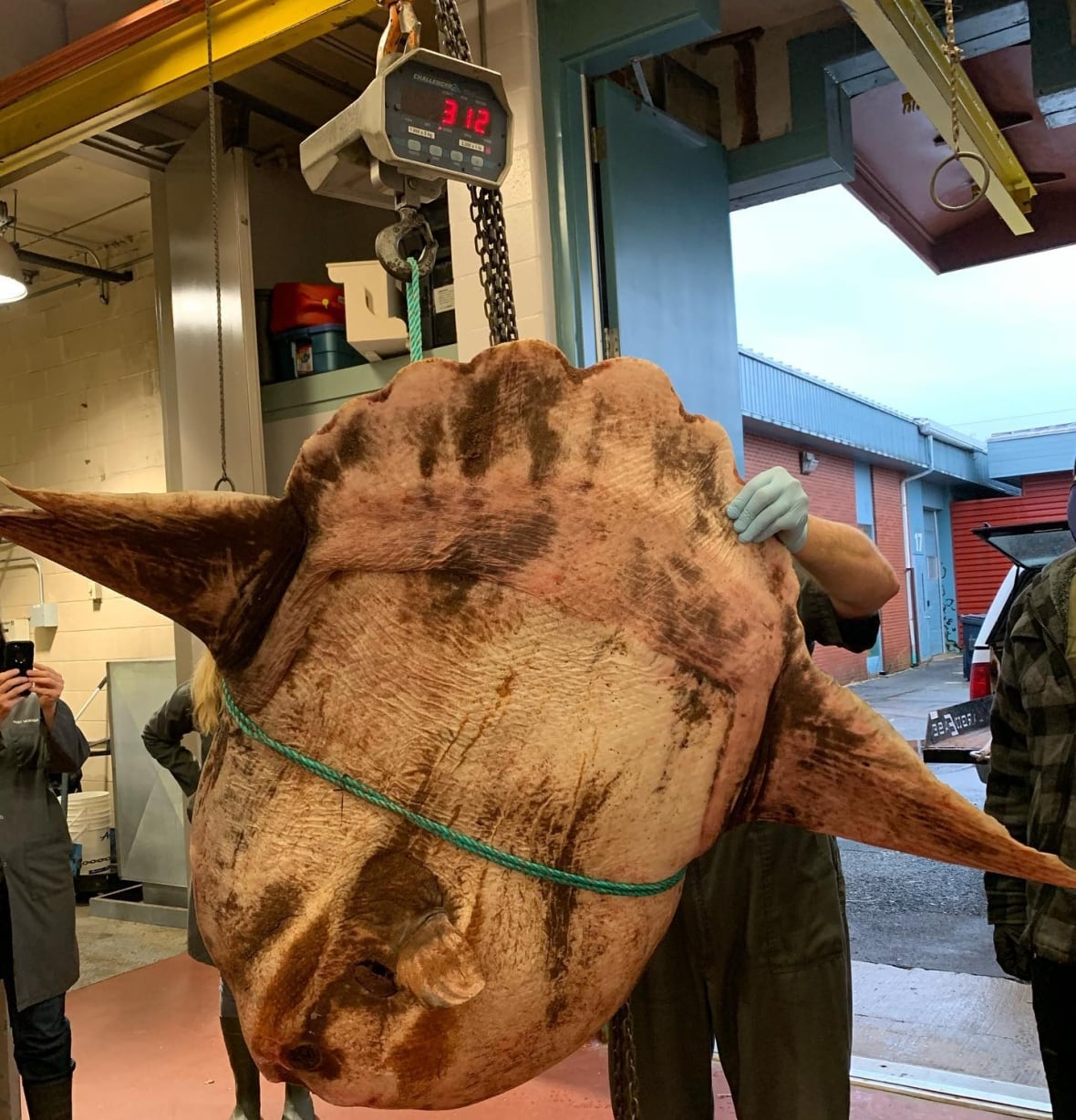 The fish being weighed. (Danielle Jordan via CBC)

SMALL FOR A SUNFISH

Bourque said though the sunfish might seem large, the one found Saturday is small compared to others.

"They are the largest bony fish that is found on the planet. They can get quite big. They can reach, you know, more than 2,000 pounds [907 kilograms]," she said. 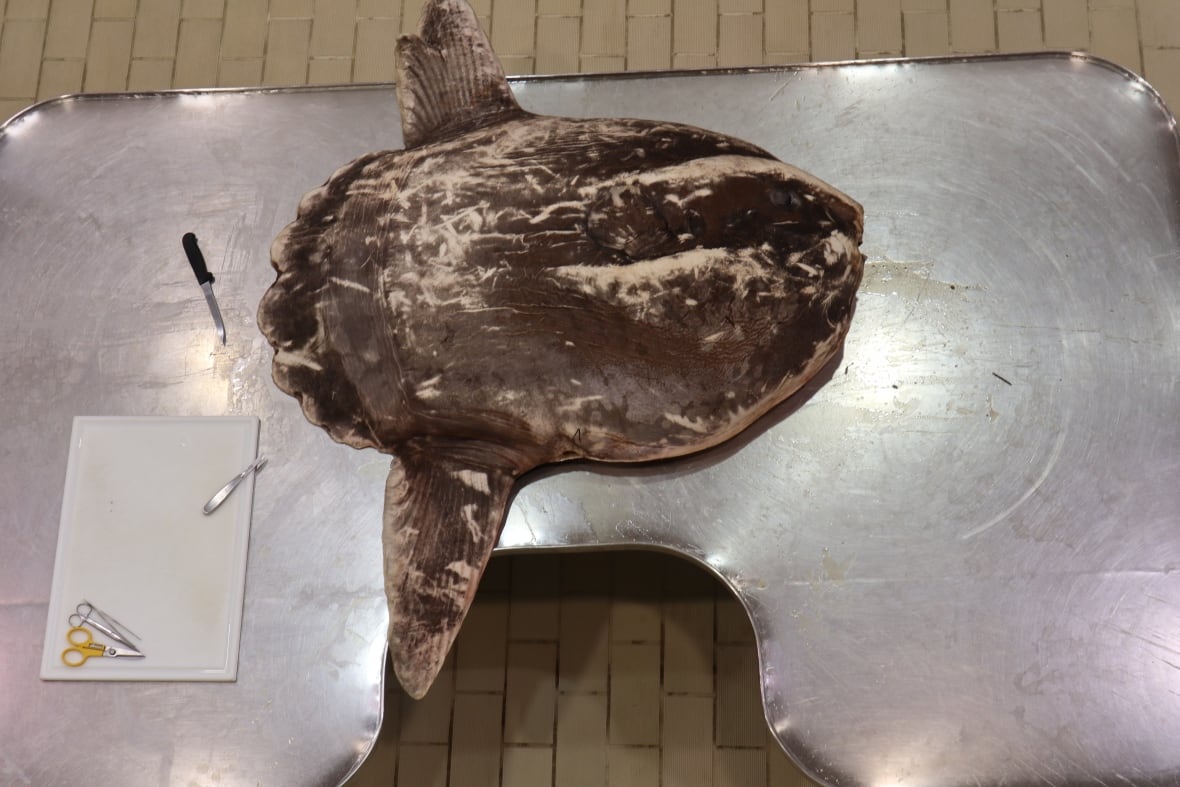 This is the second time Bourque has performed a necropsy on this type of fish.

The first was on P.E.I. last year when a 408-kilogram sunfish washed ashore.

Sunfish feed of off jellyfish and follow the same ocean currents.

They also have unique bodies and anatomies, Bourque said.

"They have skin that is kind of like a shark, they have these very large sort of posteriorly positioned dorsal fins," she said.

"They certainly get a laugh whenever anybody comes across them in the wild."

And they are named appropriately, Bourque said.

"They're usually seen most often… basking sort of laid out flat on the surface of the water where they're trying to regain some body heat," Bourque said.

She said if anyone finds a sunfish washed up on Island shores, they should contact the Canadian Wildlife Health Cooperative.

This article was written for the CBC by Tony Davis.