The eastern wolf, found only in Ontario's Algonquin Park, is one of 208 species (308 species, sub-species and varieties) of plants and animal that are unique to Canada. (wjcrins/iNaturalist/Nature Conservancy of Canada)

What species are more Canadian than moose or beavers? We now have an answer. A new report has catalogued 308 species, sub-species and varieties of plants and animals found in Canada — and nowhere else on the planet.

They include mammals such as the eastern wolf, Vancouver Island marmot, wood bison and Peary caribou; birds such as the Pacific Steller's jay; and fish such as the Banff longnose dace, Atlantic whitefish and Vancouver lamprey.

But 80 per cent of them are plants and insects — ones you probably haven't heard of, like the Maritime ringlet butterfly and the Yukon goldenweed.

"Really, I mean, these are the most Canadian species because they are uniquely Canadian — they only live here," said Dan Kraus, senior conservation biologist with the Nature Conservancy of Canada and a lead author of the report on endemic species released Thursday.

Most have small ranges and populations, making them vulnerable to extinction. Only 10 per cent are considered "globally secure." 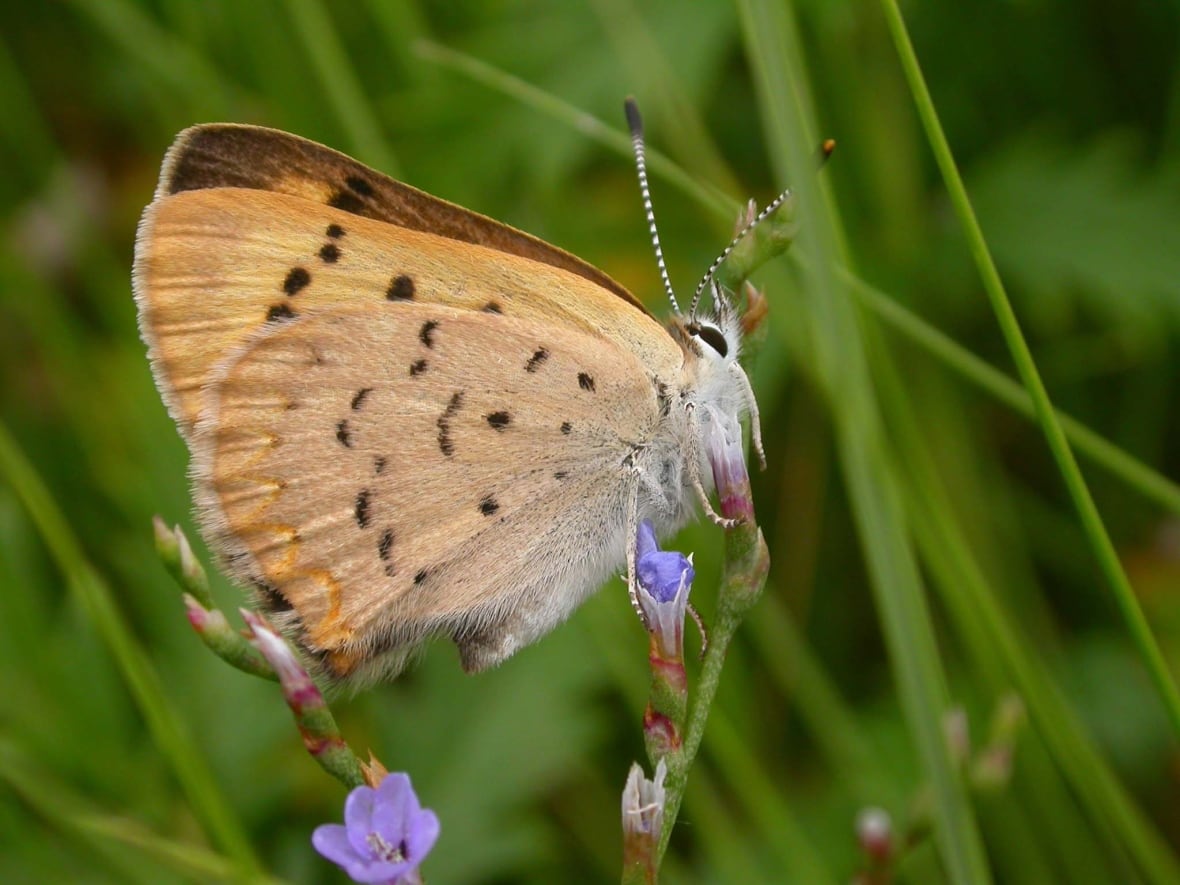 There are 120 insect species endemic to Canada, including the salt marsh copper. They represent more than half the the endemic species catalogued in the new report. (Colin Jones/iNaturalist/Nature Conservancy of Canada)

Nevertheless only 20 per cent have been assessed by the Committee on the Status of Endangered Wildlife in Canada to determine just how threatened they are.

But they're species that only Canadians can protect, Kraus said.

"It's sometimes easy to kind of think that there's nothing we can do about the global extinction crisis, as Canadians," he added. "But these are species where their fate is directly in our hands. And if only Canadians will decide if they go extinct or if they survive in the future." 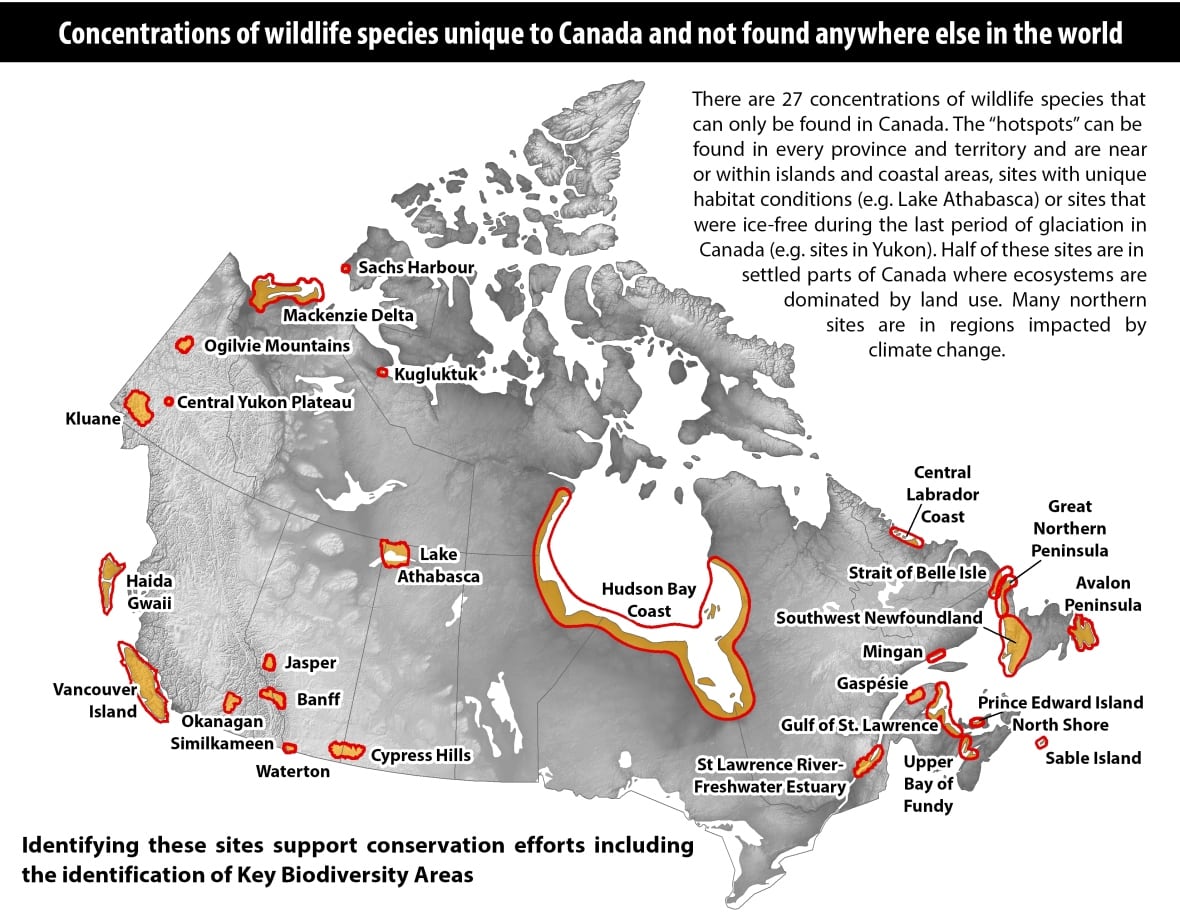 These are the 27 hotspots for endemic species identified in the new report. (Nature Conservancy of Canada)

The Nature Conservancy of Canada is a non-profit organization whose goal is to protect natural areas that sustain plants and wildlife and, in looking for areas to protect, it prioritizes endemic species. It decided to compile a list of such species after realizing that no such comprehensive list existed, Kraus said.

It partnered with the NatureServe Canada, part of an international network that collects and distributes conservation data. By comparing Canadian and U.S. data, Kraus and NatureServe Canada's Amie Enns came up with a list of species that exist in Canada and not the U.S. They then checked to make sure none of them were found in places like other parts of the Arctic, and consulted with dozens experts across the country.

In the process, Kraus was surprised to discover how many endemic species live in northern parts of Canada and how many we know very little about. In fact, new endemic species were discovered over the course of the two-year study, including a beetle in the Yukon and a new species of quillwort (a type of aquatic or semi-aquiatic plant) in the freshwater estuary of the St. Lawrence. 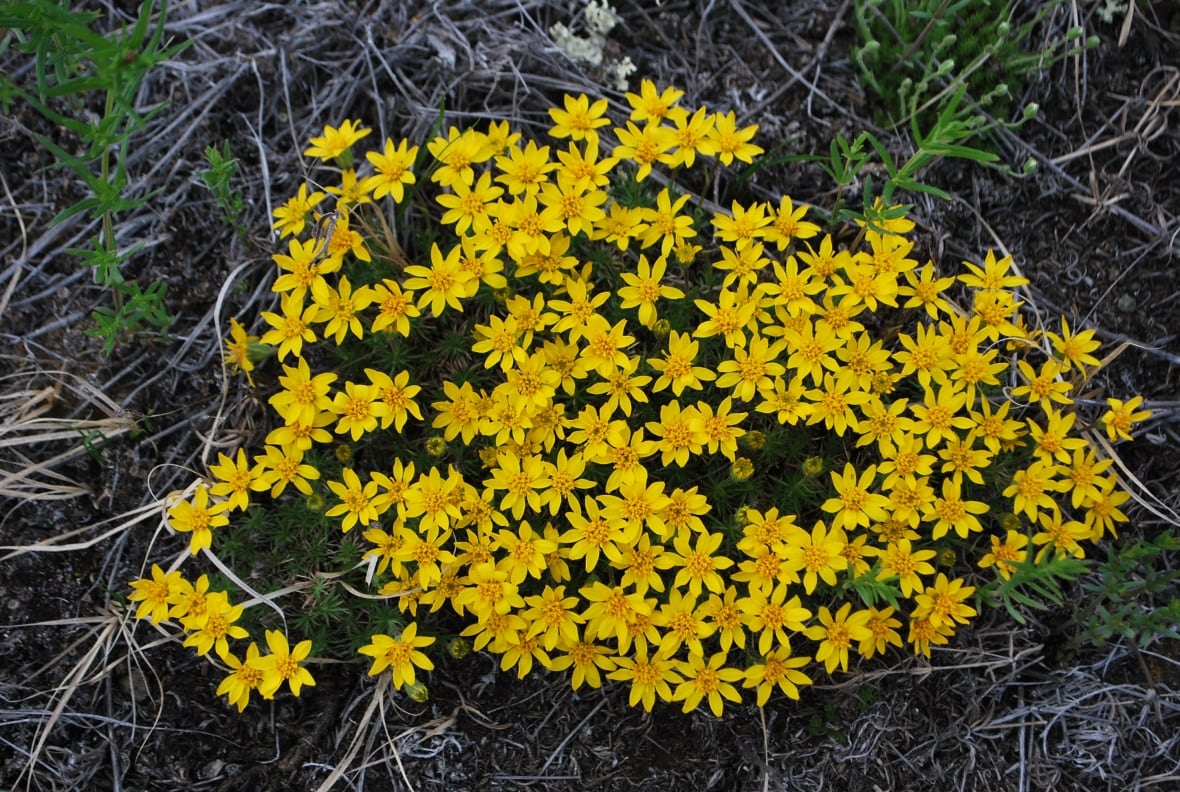 Many of Canada's endemic species are found in the north, including Yukon goldenweed. (Bruce Bennett/Nature Conservancy of Canada)

Both were found in "hotspots" with lots of endemic species.

"It may be that some of those hotspots are much larger than what we've mapped or there may be additional endemic species in Canada," said Kraus, adding that excites him as a Canadian biologist. "There's all these new discoveries that are still waiting to happen in our own country." 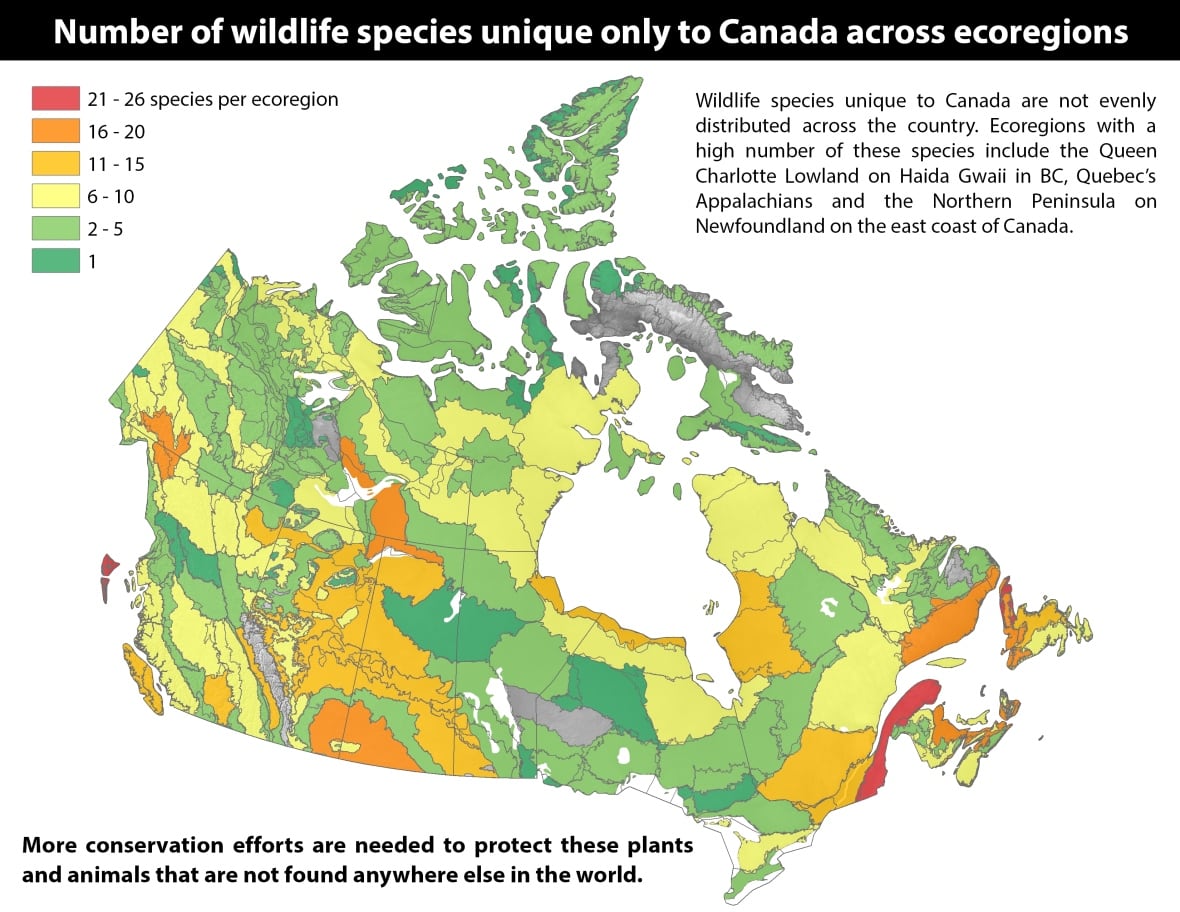 The provinces and territories with the most endemic species are B.C., Quebec, Alberta and Yukon. (Nature Conservancy of Canada)

Most hotspots are in unique ecosystems, such as the Athabasca sand dunes of Alberta or the Great Northern and Avalon peninsulas of Newfoundland, along with isolated islands such as Vancouver Island, Sable Island or Haida Gwaii, and the few areas of Canada that weren't covered in ice during the last ice age. Many are already known as hotspots for biodiversity in general, and some are protected.

B.C., Quebec, Alberta and Yukon had the highest numbers of endemic plants and animals.

Kraus hopes the list of endemic species will help prioritize species and habitats for conservation and raise awareness about what Canadians can do about the global extinction crisis.

"But these are species where it's our piece of that problem and we can we alone are the ones that can solve it," he said. But that can be good thing, he suggests: "There's no reason why we need to lose any of these species in the future."

Fangliang He is a professor at the University of Alberta who holds a Canada Research Chair in Biodiversity and Landscape Modelling and wasn't involved in the study.

ANOTHER CANADIAN LANDMARK: THE NIAGARA FALLS

He said he wasn't aware of any other projects like this cataloguing endemic species in Canada. He noted that there aren't very many, compared to the overall number of species, as many tend to cross the border into the U.S., either to the south or in Alaska. For example, the new report found 64 endemic plant species (not including mosses and liverworts) or 109 species, subspecies and varieties, while He estimates there are about 4,000 plant species in Canada.

"It's fundamental information — very important, critical for conservation," he said, adding that especially when resources are limited, "Endemic [plants and animals] in general should really be the priority in terms of conservation."

This article was [written for the CBC] by Emily Chung.