Tuesday, May 7th 2019, 10:24 pm - Models show that the Atlantic Ocean could drastically shrink

The bottom of a tectonic plate off the coast of Portugal is peeling away from its top, and geologists think that this could be the beginning stages of a new subduction zone. A study published in Geological Magazine states that if the peeling action is confirmed, it would be the first time an oceanic plate has been recorded doing this motion and could be one of the earliest stages of the Atlantic Ocean shrinking and pulling Europe towards Canada. A subduction zone is where two tectonic plates meet and one slides underneath the other, and can form mountainous regions when the plates crash together and pieces of the Earth's crust are folded upwards, such as the Himalayan mountains. A cross section of a subduction zone.

The length of subduction zones creates the potential for massive amounts of energy to be released when plates collide, and some of the strongest earthquakes on record occurred along this type of boundary, such as the magnitude 9.5 earthquake in Chile in 1960.

João Duarte, a marine geologist from the Instituto Dom Luiz at the University of Lisbon, stated to National Geographic that while there is evidence that a supercontinent could form, the models projecting tectonic activity need further testing. Movements of tectonic plates require thousands of years of data to model their motions, and it could take 250 million years for a supercontinent, referred to as Pangaea Ultima, to form.

The origins of subduction zones remain a mystery to geologists, and once they do form they pull oceanic crust and the upper mantle down towards the Earth's core, which also pulls continents in the direction they move in. Approximately 90 per cent of all earthquakes strike in the Ring of Fire, which is a disjointed chain of subduction zones along the Pacific Ocean.

While other researchers have published studies confirming that earthquake activity has been recorded in the area that is thought to be the site of a forming subduction zone, Duarte's work has yet to appear in a peer-reviewed journal and other geologists are expressing mixed reviews about this theory. 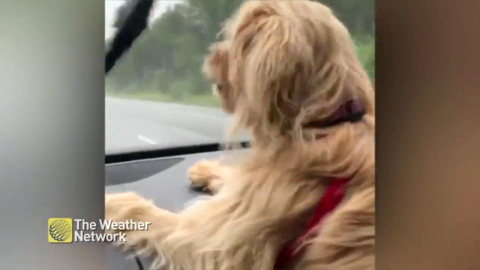