You could call him Ottawa's Snow-Banksy.

This winter's record snowfall has left residents digging out and city crews working around the clock.

One Vanier man has decided to have a little fun with all that snow, turning the towering banks in his neighbourhood into frozen roadside artworks.

Neighbours pointed CBC toward the artist's address, but like his mysterious namesake, he remains elusive.

Here's a look at some of his sculptures along Ste-Anne Street. 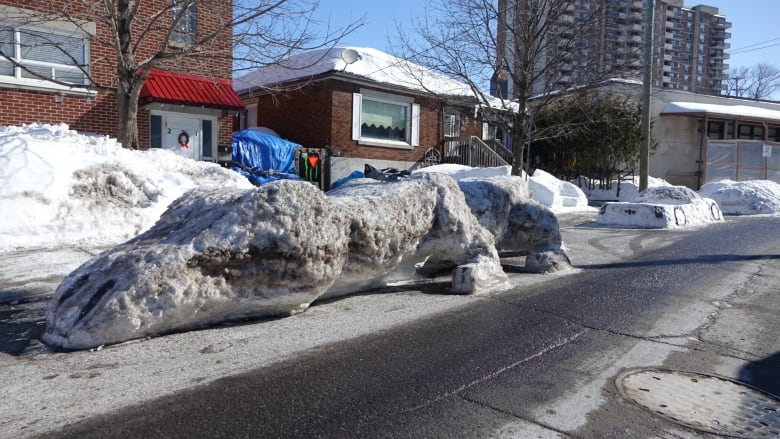 Dragon? Alligator? You decide. One of the artist's creations on Ste-Anne Street in Vanier. (Jean Delisle / CBC) 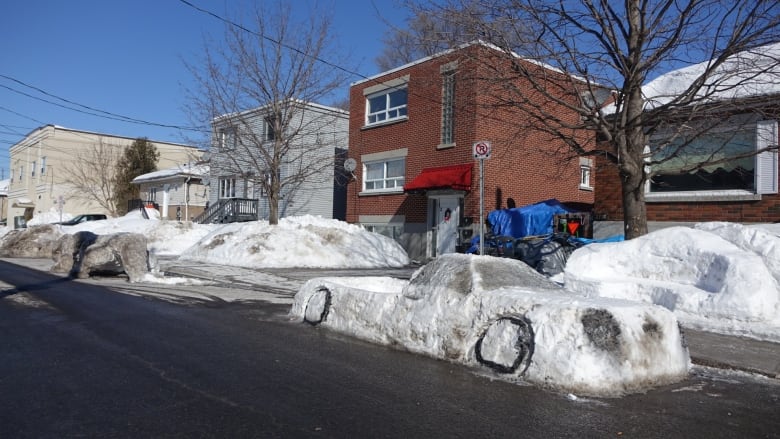 Go ahead, give him a parking ticket. (Jean Delisle /CBC) 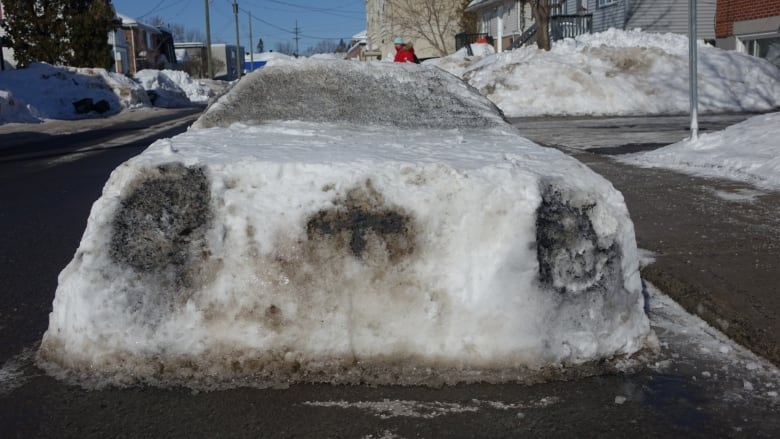 Is there a car under there? (Jean Delisle/CBC) 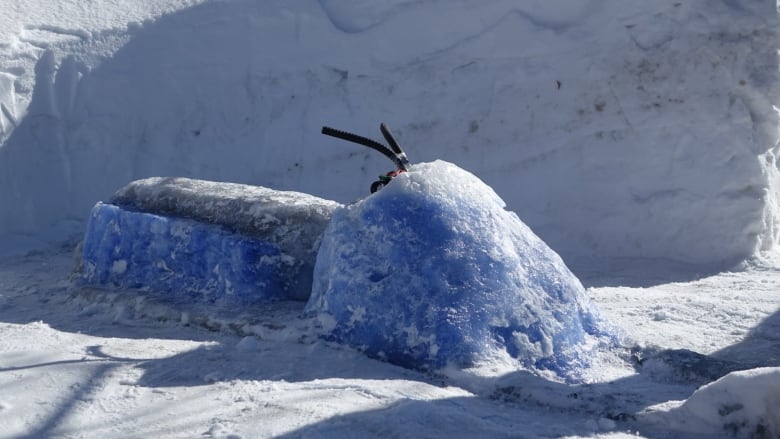 A snowmobile made of snow, complete with a fancy paint job. (Jean Delisle/CBC) 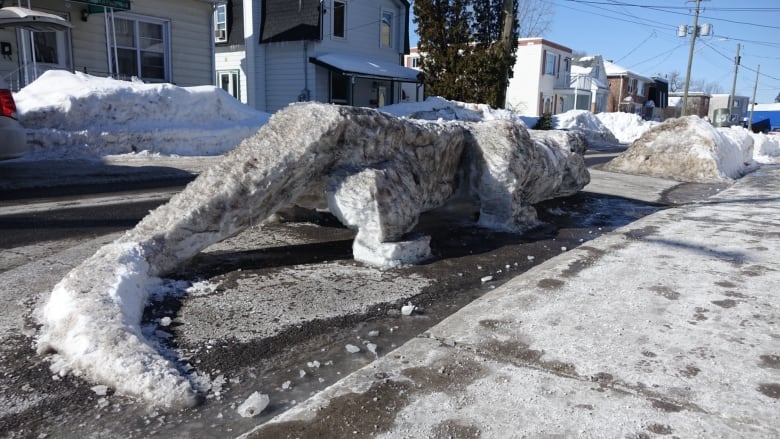 This looks like it took a while. (Jean Delisle/CBC)