A white fallow deer has moved into a field near the south Ottawa suburb of Manotick, to the delight of people living nearby.

The stag — native to Europe, not North America — was first spotted along River Road in Manotick in September. Hikers and dog walkers along the Osgoode Link Path started to catch glimpses of the fallow deer's bright white coat shining through the trees.

Looking as if it has stepped from the pages of a children's fairy tale, the muscular white animal is still carrying his distinctive, swept-back, palmate (moose-like) antlers.

Resident Lolita Graham said her husband didn't believe her when she told him about the male deer's comings and goings.

The couple were preparing for a wedding when she spotted it from a window.

"It walked along the fence line and disappeared there," she said, pointing to a field south of her family's property.

Graham turned to the internet to look at examples of albino deer, along with elk and caribou, but none quite matched the body shape and antler profile of the animal she'd seen.

A few weeks later, when friends were visiting, Bob Graham teased his wife by saying, "Did you tell them about the unicorn you saw out in the back?" 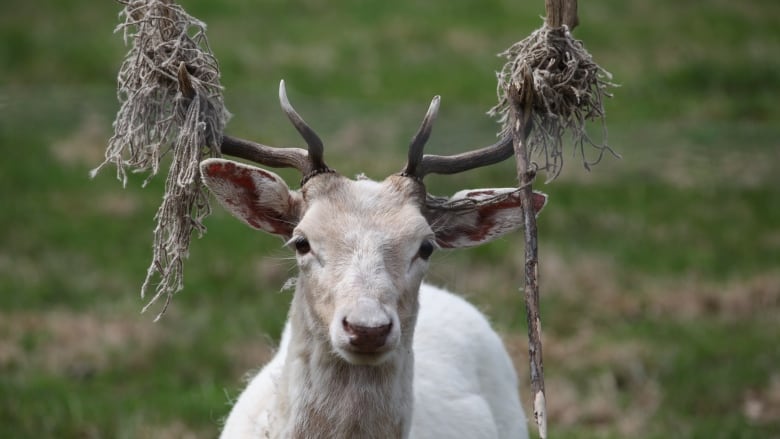 The deer stays close to five horses kept by Pierre Leonard in a field along River Road, just south of Manotick. (Stu Mills/CBC)

"Hunters of old pursued the miraculous stag," Robert Baden-Powell told a world gathering of scouts in 1933, "not because they expected to kill it, but because it led them in the joy of the chase to new and fresh adventures, and so to capture happiness."

The white stag of Manotick had more adventure than he could handle this winter, according to Pierre Leonard, who keeps horses near Graham's property and has become something of a guardian angel to the visitor.

Netting is entangled in his antlers and Leonard believes it's evidence someone has tried to capture the stag.

"So we're trying not to get too close to him," he said.

When the weather turned frigid and the white deer began to falter, Leonard purchased specially fortified deer feed from a farm supply store and began leaving it out for the stag.

The deer now is accustomed to the nearly silent electric ATV Leonard uses to make his rounds.

When the white stag began reappearing in his yard alongside the horses, the farmer decided to leave a gate open so the creature could come and go unimpeded.

The snow was deep and the stag eventually forced his way into a disused shed on Leonard's property, where it slept.

"He gained a little bit of weight and now looks healthy," said Leonard, who joked the stag has adopted his five horses. 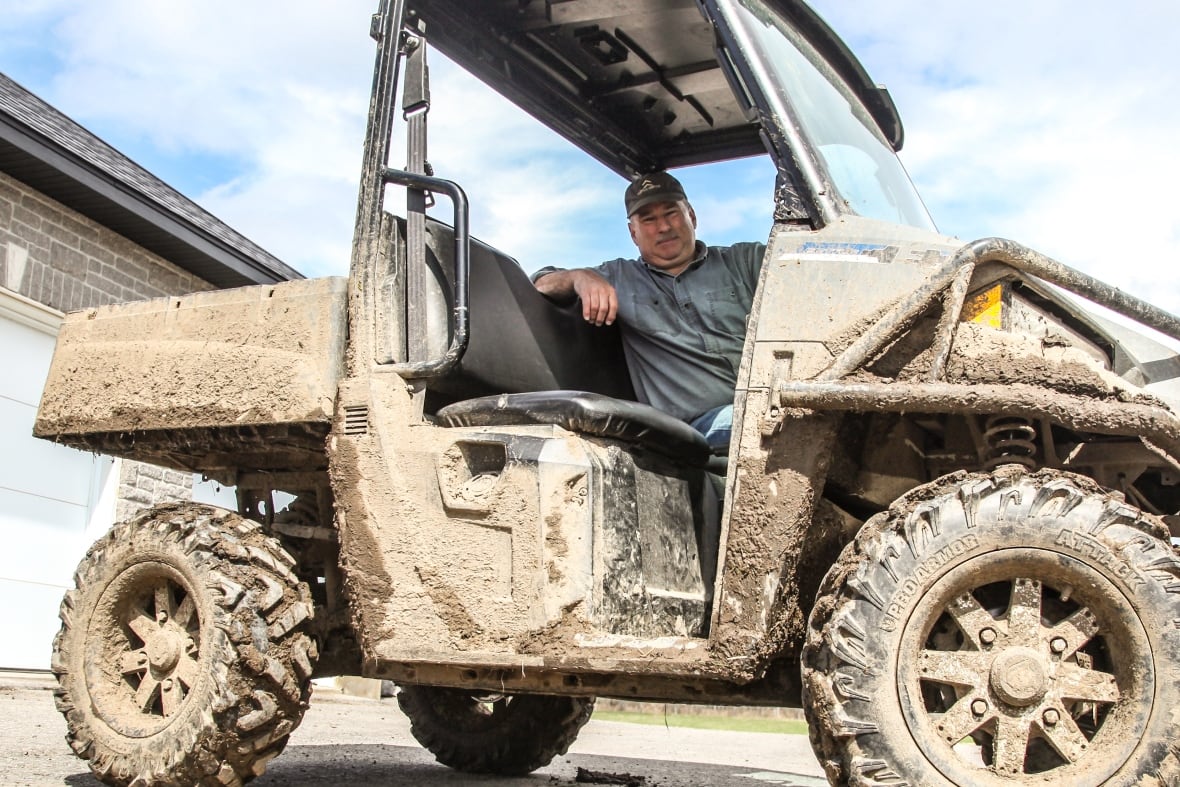 Keith Munro, a wildlife biologist with the Ontario Federation of Anglers and Hunters, said it's likely the fallow deer will shed its antlers this month.

Munro said the animal has likely come from one of about 350 deer farms across Ontario.

The federation opposes deer farms out of concern that pathogens, especially chronic wasting disease, may spread from farmed animals into the wild population, he said.

He's also concerned a deer raised in captivity may not co-exist well with the native population of white-tail deer.

Fallow deer operations are not required to register with the Ontario Ministry of Agriculture, Food and Rural Affairs and a spokesperson said the ministry doesn't know where the animal might have escaped from.

The owner of any deer farming operation in Ontario is required to report escapes to the Ontario Ministry of Northern Development, Mines, Natural Resources and Forestry. No active report could be found.

This article was written for the CBC by Stu Mills.